Yuko Shimizu, the talented Japanese illustrator who honored us with her presence last February as a member of the International Jury, has been tasked with creating the poster for the 2021 edition of the Clermont-Ferrand International Short Film Festival.

“I had a vague idea that I wanted to create something that has to do with volcanoes. That was my initial feeling when I spent about a week at the festival right before the pandemic.
I had a fantastic time at the festival. As a non-film person, I didn’t know what to expect, what I could contribute to the festival and the judging. It turned out to be the experience of a lifetime. And I am not just saying that.
I came back and then the pandemic hit. The world was turned upside down. I felt that the next festival poster would need a burst of positive energy, celebrating the rebirth – the film world will go on no matter what.
I suggested this idea, but also submitted another idea that fitted right into the tradition of the past posters. I wanted to suggest something drastically different, but I wasn’t sure if the team would go for it.
And you did.
The team also agreed about the drastic new take, for the fresh new start after the pandemic. So, here it is. The choice of flowers had to be meaningful, which is why I painted this positive eruption and burst of camellia flowers.
Camellia Japonica is a flower that blooms in the middle of the winter when nature is pretty much taking a break otherwise. As the name indicates, it originates in Japan where I am originally from, but in France, they were eternalized as the favorite flower and thus the favorite motif of fashion designer Coco Chanel. Bright colors to warm up the mood in the winter. The festival is the first cultural bloom of the year.

Wishing you a year full of flowers.” 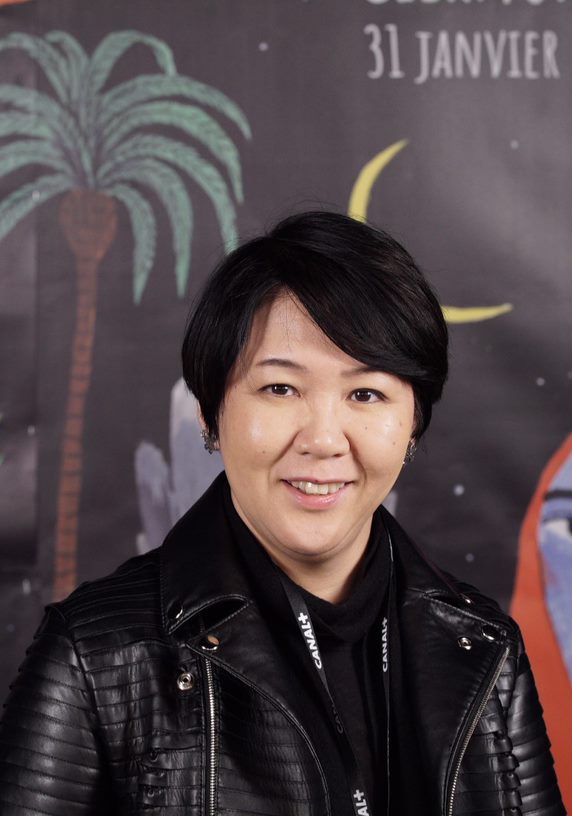 Yuko Shimizu is a Japanese illustrator based in New York. In 2003, she completed a masters in Fine Arts at the School of Visual Arts, an institution where she went on to teach. In 2009, Newsweek Japan named her among the “100 Japanese people the world respects” and she has won numerous awards, including the 2018 Hamilton King Award which is considered by many to be the most prestigious award in illustration.

Yuko’s work blends traditional Japanese graphic prints and surrealist comic book art. She combines Japanese heritage with contemporary reference points and addresses a breadth of both serious and farfetched issues ranging from sexuality to the representation of communities through questioning cultural identities and skin color. Over the past fifteen years, her pieces have been exhibited in museums around the world and her work can be seen in numerous advertisements for Gap, Pepsi, Visa, Apple, Microsoft and Nike, as well as on the covers of books by Penguin, Scholastic, DC Comics and on the pages of prestigious magazines like The New York Times, Time, Newsweek, The New Yorker and Wired. She is a dedicated traveller and holds conferences and workshops throughout the world.

NB: Be sure not to confuse her with another Yuko Shimizu. This Yuko did NOT create Hello Kitty! 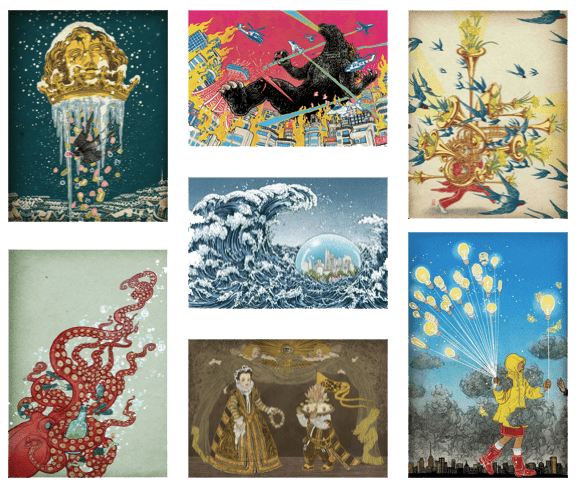