Sweden, with its wide open spaces, its countless lakes, its cities hidden within vast forests… That is the forlorn atmosphere where solitary figures like Lisa Munth (Parasiten) and Jonas Selberg (Höstmannen) have every reason to waste away. And then there is fifteen-year-old Hanna, who is determined not to be done in by boredom in the midst of this isolation: let’s face it, when you’re a fan, it’s your responsibility to confront the world and all of its obstacles, be they your own family! And even though director Anette Winblad (Fan ta dom) did not grow up in the countryside, she managed to wring a story out of it that many teenagers will understand.

Ola Simonsson and Johannes Stjärne Nilsson strive to show us the country’s utter vastness through a mad dash from south to north in Sverige. These two, now well-established filmmakers in the Swedish film world are responsible for a short film that brings to the fore the musical qualities of a people who are said to be the world’s third largest exporters of music. Music for One Apartment and Six Drummers has become a cult film and it would be a crime to miss it now if you haven’t already seen it!

Delving well beyond the clichés about a thoroughly Protestant people riddled with guilt-inducing dogmas, several filmmakers are working to unmask a facet of the Swedish soul that many would rather not see. Roy Andersson is a master in this regard and Härlig är jorgen (World of Glory) remains an overwhelming and disturbing film, one that may in fact have inspired Carl Johan de Geer to tell his own story in Mormor, Hitler och jag (Grandmother, Hitler and I). Ambiguity and complexity are at the heart of numerous films like Andrea Östlund’s Majken and Gustav Danielsson’s Tvillingen.

It is very likely that empathy is what drives the type of human existence the Swedes hope to create for themselves. With Malcolm, Karim Baker leads us to the utter limit of this understanding of the other, while at the opposite extreme, My Sandström’s Knuffenestablishes a climate of humiliation for the main character who faces his sense of guilt as daily punishment and dread.

More generally, and following in the footsteps of a Swedish doctor of conscience, courage is the proud emblem of poltically engaged films, which naturally include one by Jens Assur, Killing the Chickens to Scare the Monkeys. That film garnered a special mention from the jury of the Lab competition in 2012, but the retrospective will also unveil a film never before seen at Clermont-Ferrand, Jenifer Malmqvist’s On Suffocation.

Underlying this panorama is something essential, which is often difficult for foreigners to grasp, namely the Swedish sense of humor. While it is often self-deprecating, as in Babak Najafi’s films Elixir and Gösta & Lennart, which poke fun at the image of the blond, well meaning Swede, it gets much stranger in Henrik Andersson’s Incidenten.

Your cheeks will hurt with laughter at Las Palmas, a surprising film by the celebrated filmmaker Johannes Nyholm. Comedy-lovers will not want to miss either Patrick Eklund’s Of Biblical Proportions on the art of manipulation, or David Sandberg’s extremely kitsch and by now cult film from the 80s Kung Fury. 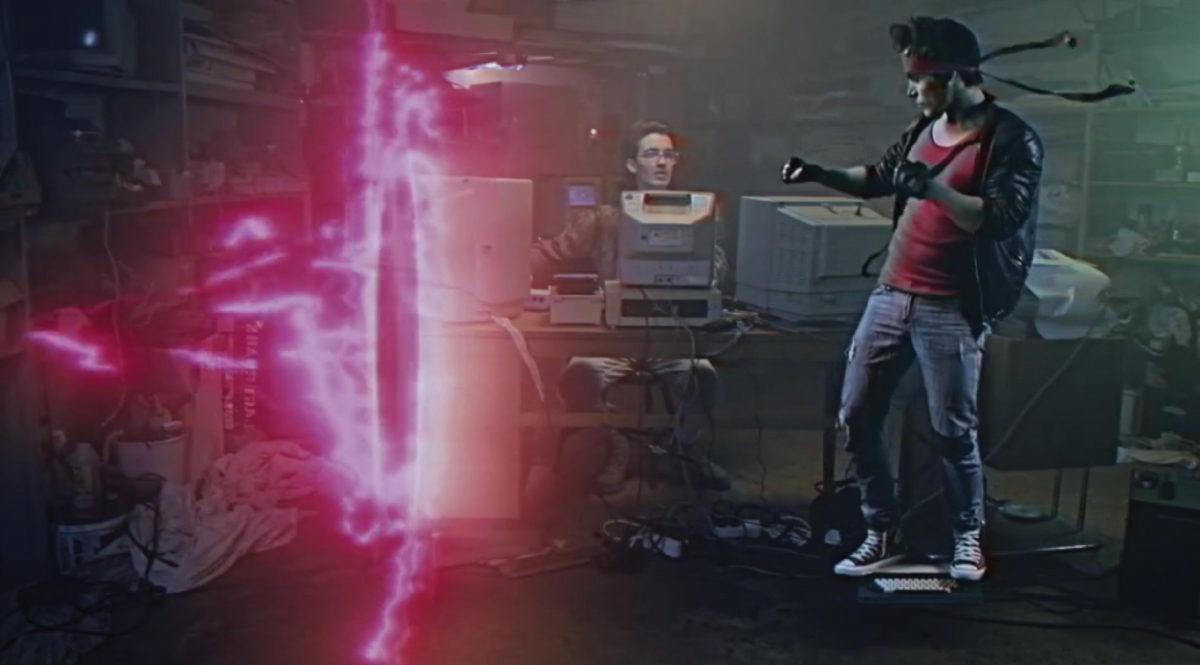