Tea time with Are You Still There?

Interview with Rayka Zehtabchi and Sam Davis, directors of Are You Still There?

You created three great female characters, and the daughter-mother bond is really well depicted. What can you tell us about the character development?
Rayka: Spoiler alert here. The story is very personal. My father passed away during my first year of college. Despite pressure from my family and friends to take the semester off, I decided to return only a week after his passing. I believed that in order to survive the moment, I needed to throw myself into film school and tune out the grief. A month later, my tire burst as I was driving down the highway. As I pulled over to the side of the road, my first reaction was to dial my dad’s number. I could no longer run from it. A month’s worth of suppressed pain finally came roaring to the surface on the side of the I-10 freeway. It was a simple flat tire that forced me to stop and face my new reality of living without him. Are You Still There? was inspired by this moment. Depicting that mother-daughter relationship came easy because it was modelled after my relationship with my mom. My mom has always had a big personality and a youthful spirit, and somehow she’s managed to maintain that even after my dad’s passing. We loved the metaphor of the mother jump-starting her daughter, literally transferring her energy into Safa and in turn being replenished by spending some intimate time with her. Though we never delve into the donut shop owner’s story because the film is true to Safa’s perspective, we aimed to give the character some dimension. At first glance, she’s unreasonably harsh, but we sense that she’s a complex person with her own underlying problems, and eventually her humanity shines through in small ways.

How did you manage to build the tension in the film?
Sam: From the outset, we knew this would be a quiet, seemingly uneventful film, with almost all of the tension being internal or subtextual. So the challenge was really telling the story of a girl sitting in her car all day in a way that’s still engaging, entertaining, and emotional. Superficially, if there’s an antagonist at all, it’s probably the setting and the handful of peripheral characters and passers-by Safa encounters. Sound design played a big role in enhancing the overwhelming, chaotic nature of the environment. But the story is bigger than the dead car battery, and we wanted that underlying tension to reveal itself in subtle, gradual increments. This slow trickle of clues about the underlying weight of Safa’s situation hopefully creates the core tension of the film. It put a lot of pressure on her as a performer, and she carried the film like a seasoned actress. This is one of her first roles, and we can’t wait to see where it takes her next. 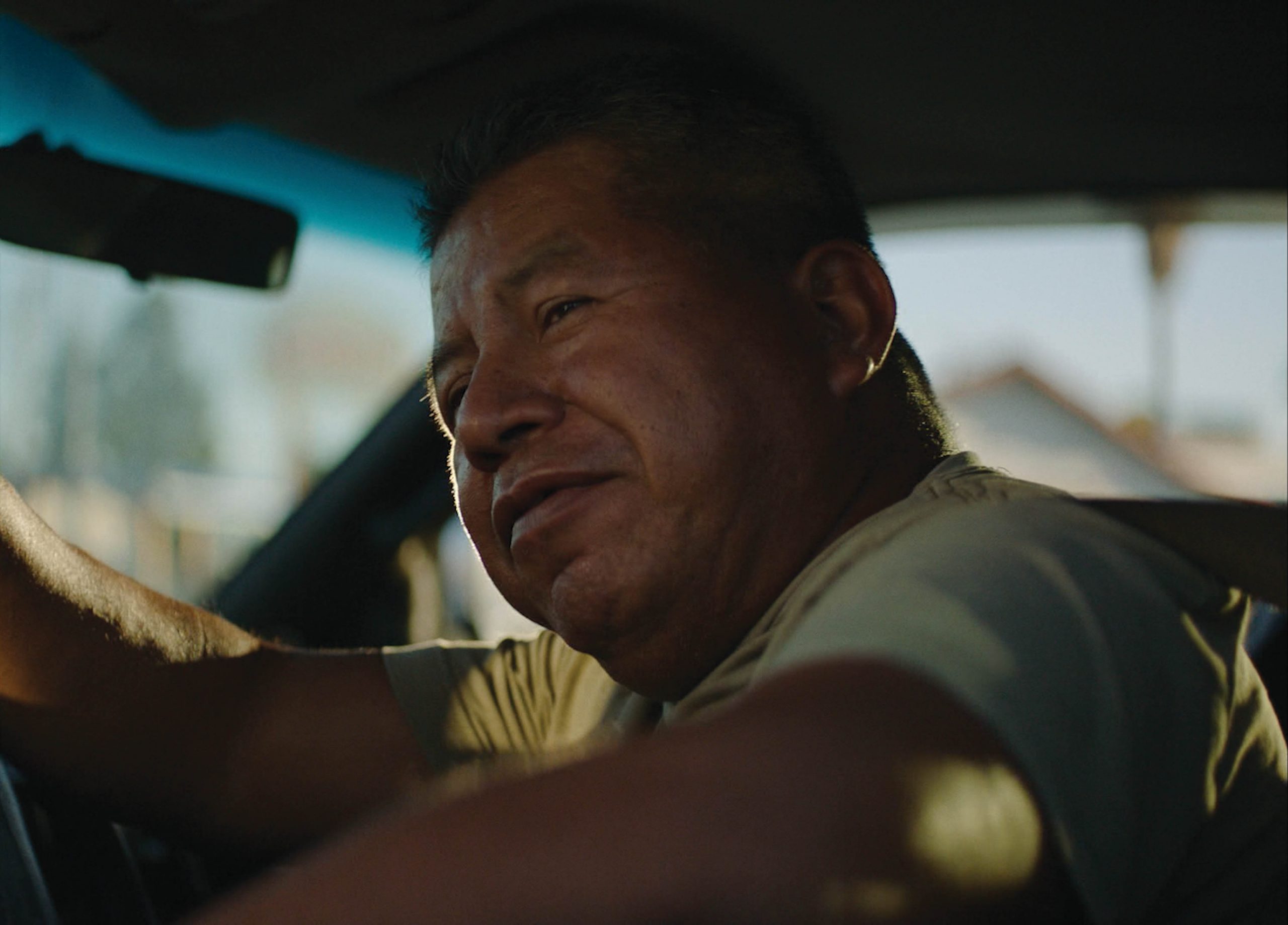 You won an Oscar for your previous work Period. End of Sentence. Has this success affected your filmmaking approach?
Sam: Period opened up a lot of opportunities, particularly in the documentary world, but it’s important to us to continue our narrative filmmaking paths as well. While the Academy Award didn’t necessarily affect the way we make films, our experience as documentarians has definitely influenced the way we make fiction film. We find ourselves striving to make our narrative work feel authentic and raw like a documentary, and our documentary work elevated and cinematic like a narrative. Rayka: On Are You Still There?, there was one particular scene in which Safa and Rima attempt to jump-start the car where we felt very stuck. It just felt wooden. We eventually stepped away from the set for a few minutes and realized that we needed to throw out the script and blocking and treat the moment like a documentary. We asked them to forget about their marks and lines and just let them live in the circumstance and react, and it immediately clicked. It was magical. That scene is one of our favorites.

How does being two directors make your films better than if you worked individually?
Sam: Very generally speaking, since Rayka was drawing from a lot of heavy first-hand personal experience, she really guided Safa’s performance and the emotional thrust of the story. I led decisions around the formal elements – the way the film looks and feels – not to say that we didn’t both routinely overlap in those respects.
Rayka: Being so close to a story (especially a traumatic one) can be both inspiring and problematic. It was helpful to have Sam’s perspective to make sure we were making the best film possible, not necessarily a one-to-one recreation of my memory. For example, I’m Iranian-American, so naturally we wrote the first draft of the script in Farsi. While casting, we received one random self-tape submission from a Lebanese actress who must have missed the memo that we were auditioning exclusively Iranian actresses. Anyway – we couldn’t understand a word she said, but she absolutely blew us away. After some thought, Sam convinced me that the story we wanted to tell is a universal one, and we decided to cast the person who understood it on the most authentic level. We switched the script to Arabic, brought on a rock star Lebanese co-producer, and cast Safa in the lead role. 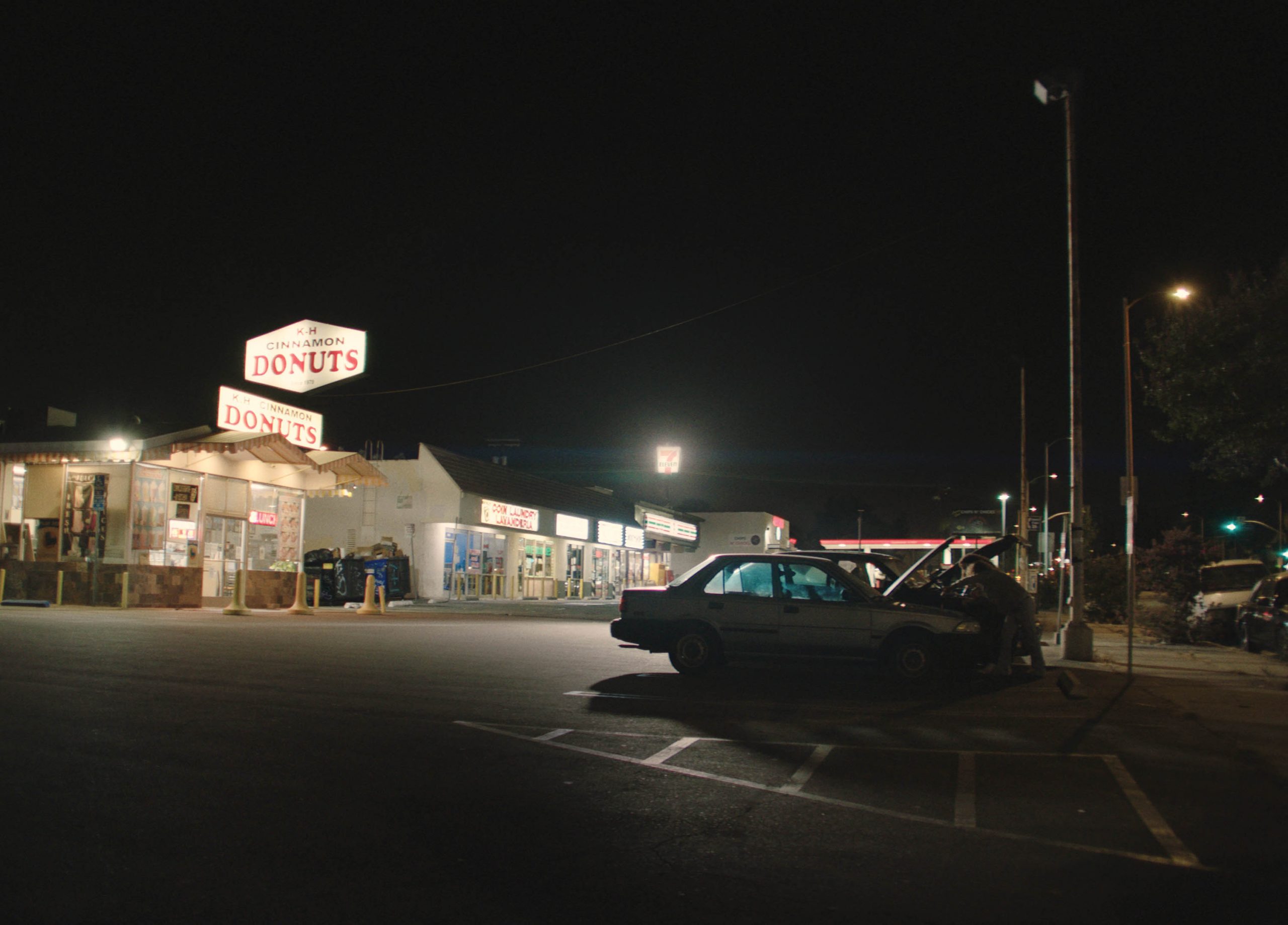 What do you think the future holds for short films?
Sam: I think the future of shorts is directly correlated with the future of film festivals. Festivals have always been the lifeblood of serious short films and rising filmmakers, and while there are plenty of great online platforms for short films today, the spirit and community of a film festival is irreplaceable. We anxiously await the day it’s safe to come together in a theater again. Until then, we can’t thank the organizers and programmers of festivals around the world enough for adapting and continuing to support emerging filmmakers however they can.

If we were to go back into lockdown, what cultural delights would you recommend to alleviate our boredom?
Sam: We got hooked on a show called Grand Designs, which documents peoples’ years-long journeys to build the home of their dreams. Most of them are regular people who give up everything to build their passion project, often with their own hands. It inspired us to make our then-barren home as comfortable and personal as we could, especially considering how much time we’ve spent inside the past year.

Are You Still There? is part of International Competition I10.