What gave you the idea of exploring the relationship between Susana and Emilio through the prism of the barking dog?
I have a very special connection with dogs, I’ve always been surrounded by them and love being with them. It was instantly attractive. Ever since I first came up with the idea of the movie, I felt that having a barking dog brought a lot of color to the story. It worked on many levels; as a metaphor of the couple itself and of their lack of communication, as a ticking bomb, a resource that helped us tie up certain knots in the script, as a cry for help, one that the relationship itself is living. Blaming the dog and avoiding their own problems is the easy way out, but when things escalate to a certain point, they must face reality and tackle their problems head-on. We realized that the film could work if we managed to balance the stress that the actors are under with the constant barking and put the spectator on the same level. We wanted to make the viewer feel as desperate as the characters and by alienating the physical presence of the dog we could decrease the possibility of empathy, so that one would come to hate the barking dog even as much as them. The moment of realization that the dog isn’t just a bothersome sound would be discovered by Emilio and the spectator at the same time thus joining him in his emotional journey.  The dog is real and while it marks a low point in Emilio’s life it also offers him a chance of redemption.

How was it shooting with the dog?
I had previously worked with animals and with dogs, this as an assistant director in films and commercials, but I had never actually directed one. We knew that the make or break of the film fell heavily on ending with a potent scene where we finally see the dog. Adrian Ladrón, the actor portraying Emilio had to be on edge as we knew we had little time to be able to shoot everything we needed so we decided to go with two cameras for this scene so as to not miss anything. It was definitely a challenge. I guess the first complication was the shot list. We had managed, up until then, to shoot practically everything in chronological order. This is an uncommon luxury as it helps everyone come together and feel the story as it progresses, scene by scene. However, we could not shoot the dog scene in order as it put the actor in danger of being bit. The dog changes from being very aggressive to accepting Emilio and even licking his face. This meant we had to shoot backwards, with the nicer scenes first and gradually see the dog as it grows in its aggressiveness. Secondly, we knew we had to be very precise in shooting every little detail of how Emilio manages to approach the dog. The pills, the chicken, the chain. The separate actions had to come together into a scene so as to endow the film’s ending with some sense. Everything had to be meticulously checked and evaluated before we could move on to the next bit. Luckily we had a very sensitive wrangler and one hell of an acting dog —Boro was its name. It was very stressful, yet fun and rewarding experience. 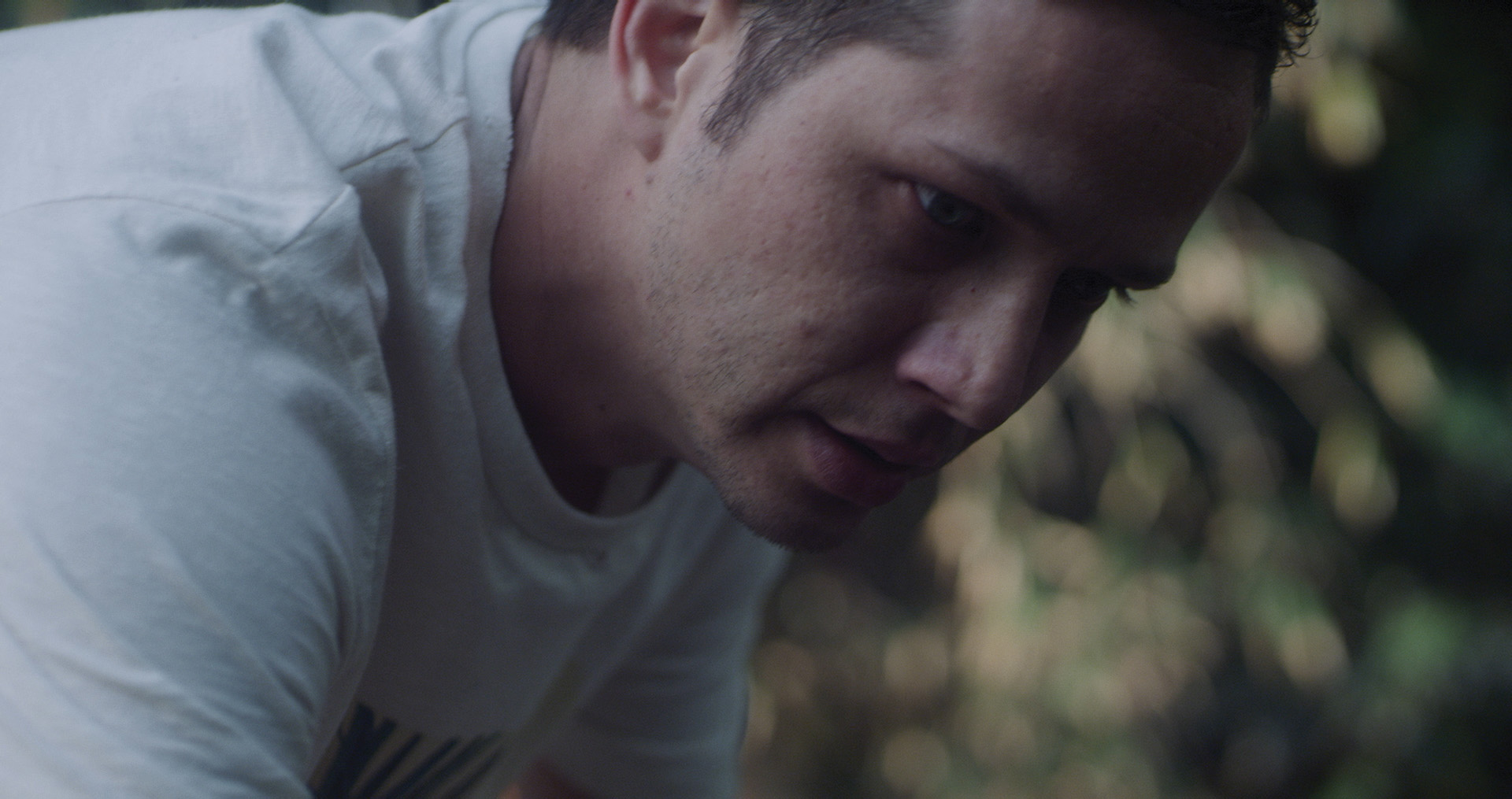 The actor playing Emilio gives a wonderful and moving central performance. How did you cast him?
I had seen both Adrián and Diana’s work previously and had always wanted to work with them. Susana’s character was cast pretty early in the preproduction but we had more difficulty in finding Emilio, this having to do with conflicting schedules and shifting dates. Luckily we could arrange the calendar and Adrián got on board. I met him for a coffee and we discussed the script briefly, we both liked it and we found an artistic common ground. The meeting went for a few hours mainly in just getting to know each other and exchanging life stories. I feel this is such an important value in filmmaking, if not the most. Understanding the person that will interpret the character and the person directing behind the camera gave us the trust and confidence we needed to begin. The rehearsal phase had a lot to do with hanging around, smoking cigarettes and going over our views of life in relation with the movie. This way when we actually played at reading some scenes we had much more liberty to explore and try out new things. I felt that both actors were very invested in their roles as I tried to make the characters seep into their hearts and go beyond the sheets of paper in the script.

What sorts of subjects and themes are you keen to work on?
Both my previous films have focused, centrally, on the exploration of couple’s relationships; the thin veils that hide the joys and pains. I’ve always felt attracted to those subjects and still feel like digging deeper, however I do have other artistic likes that I would definitely like to play with in future films. I have a few pleasures in life that have grown to cement themselves as more than hobbies, they’ve become true pillars of my way of life. Cooking, football and music. Somehow, I’d like to mix and match some of those arenas with the characters stories, maybe trying out family ties, perhaps. 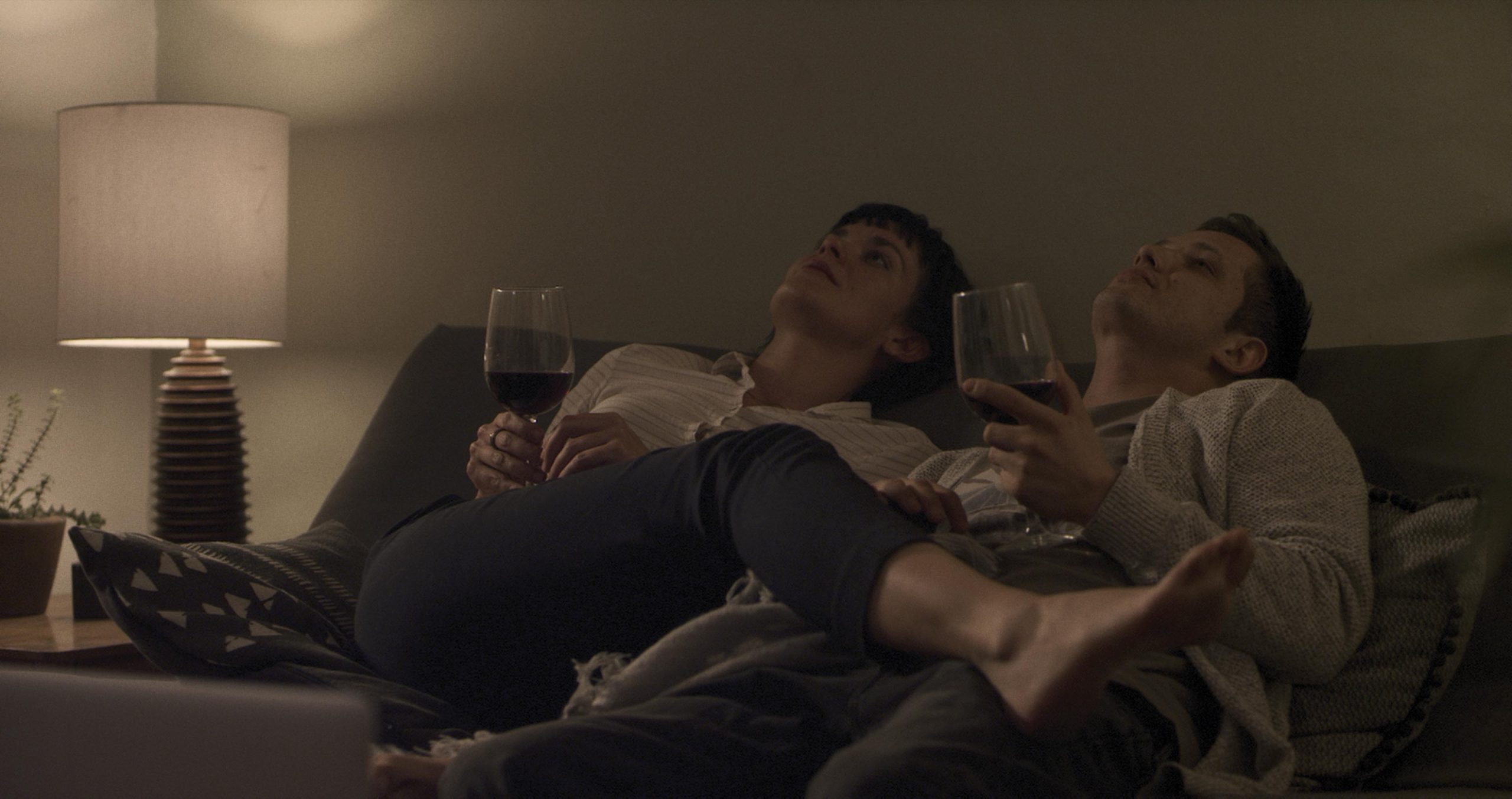 What do you think the future holds for short films?
I’ve never felt the need to differentiate between long, medium or short films, they are films and that is it. It is true, however, that the means of exposition and commercialization are very uneven between shorts and features. There is little way for one to pave with short films and must make the most of precisely these opportunities, like this festival. The current health situation is showing us how things can be rethought. The film industry will, by no means, be unaffected from the backlash that will inevitably come. Maybe we can find a way to kindle short films? Maybe the lack of investment and resources will open the door to a larger, inclusive and more concise industry that allows for short films to truly become part of it?

If we were to go back into lockdown, what cultural or artistic delights would you recommend to alleviate our boredom?
I discovered during lockdown that I have a lot of films I’ve watched but don’t really remember enough for me to continue with the same opinion. So, I started rewatching films. I find that we must continue watching the films that we like and dislike, because we change and see them differently. Drawing always helps me return to designing. An image, a shot, a scene. It helps me stay close to the more playful side of visualizing stories. Playing an indie video game, trying new instruments, cooking new food.

Bisho is part of International Competition I13.