How would you describe the crisis the woman is facing? To what extent is the helper helping?
The woman is struggling with anxiety and has an intense fear of death. She also has constant nightmares about drowning. She wants to become free from this existential fear and is asking for immortality from the helper. The helper is offering her a solution, but unfortunately, it has its consequences. I wanted the film to be about the question itself: to what extent is the helper helping? Because in his personal point of view, I think that he is trying to help, but the methods which he is using are leading the woman into a dangerous situation.

Are there autobiographical elements to the story? Where did you draw inspiration from?
Yes, the film is based on a personal experience. Throughout my life, I was always struggling with anxiety. There was a specific night when I had a dream about dying. The dream wasn’t about the circumstances of my death, it was rather the feeling itself: my thoughts and emotions leaving my body. It was a very intense experience that stayed with me for a long time. Years ago, I went to see a therapist, with whom I have developed a deep, but also strange connection. The therapist was a mature man, who probably also had existential struggles himself. Our relationship started developing into something, that I felt like had started crossing borders, but it was very difficult to define, which was very confusing. When I realized that the therapy started going into a path, where it is not improving my condition anymore, rather the opposite, we said goodbye to each other. For years after this experience, I had an intense feeling of confusion and failure. I had a difficult time letting this memory go, so I decided to face it with a medium that I know how to handle the best: by making a film out of it. 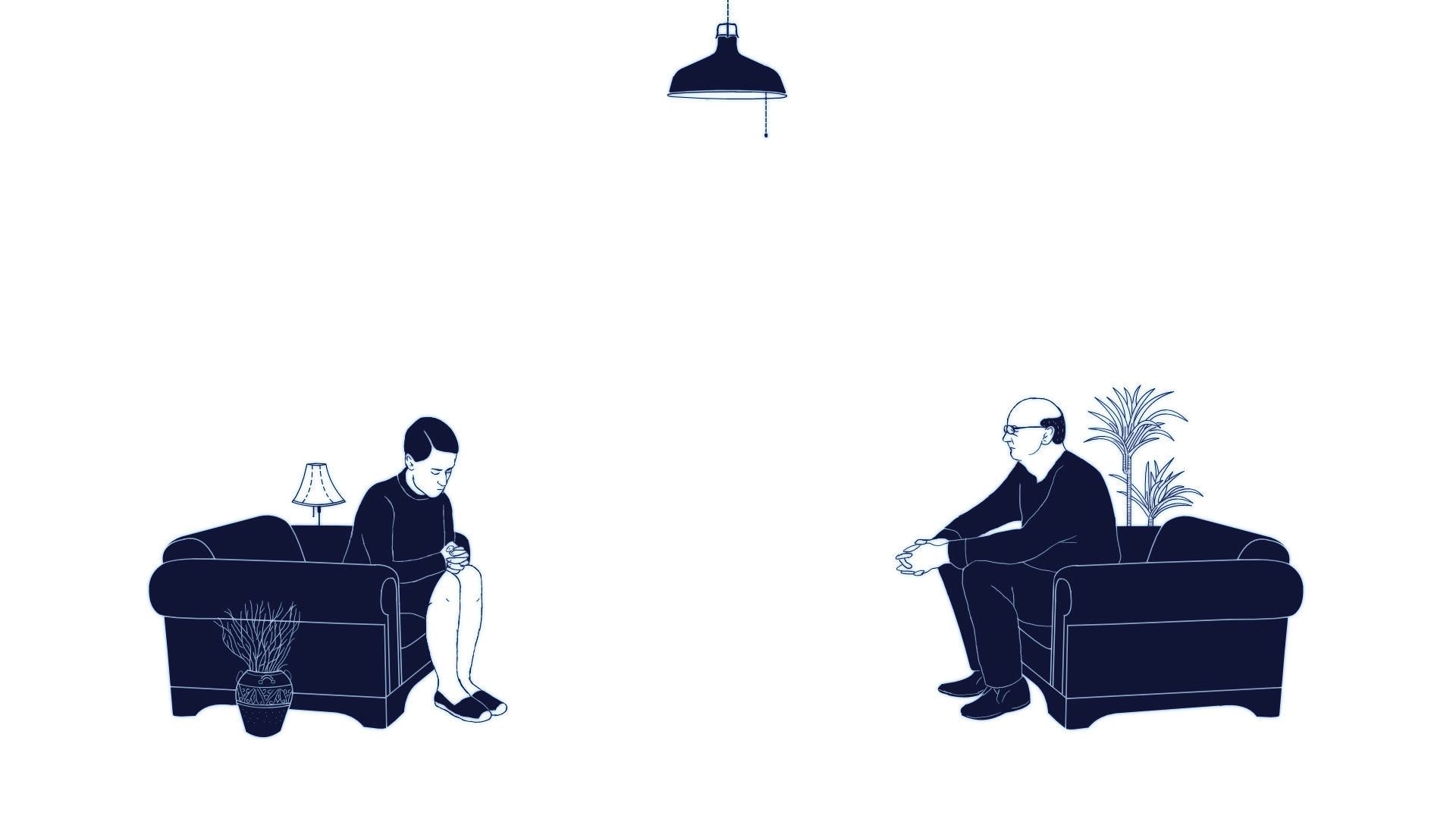 Why did you choose in examine it in such a symbolic, abstract way?
The film itself was a therapeutic approach, where I wanted to understand this situation and my emotions as well as I could. By using symbolism, my approach was to tell this story in my point of view, but also I had the freedom with this method to tell it discretely, since it is about a very personal topic. Confusion is one of the most important feeling I was focusing on, and I wanted to recreate that feeling in the film by telling the story in an abstract way. It was also important to me that the audience can have their own thoughts and interpretations.

Can you tell us more about your animation style?
The film is a rotoscope animation. I used live-action references for the base, which was later frame-by-frame animated. I chose this technique because I felt that this story needed to have realistic human characters, but also with the possibilities of animation, I had the option to place them into an outer-worldly scenario. It was important to me that during the film, all the focus goes on the relationship between the two characters: their emotions, their communication and their meta-communication. By using only the necessary elements in their environment and by making the visuals as minimalistic as possible, I felt that the feelings of the woman and the helper have become more highlighted. Also, the blank surrounding around the helper made him look like a more powerful person, almost godlike: by being in a space which is out of this world, but which is also his own territory. An important concept during the making of the film was to create a feeling of uncertainty in the viewers. I chose the navy blue colour because I was trying to find a shade which is on the edge: which is really close to black but is still a blue colour. Also, I felt that with the use of this colour combination resemble the visuals of Chinese porcelain, which gave the images an even more fragile look, as the topic itself is fragile. 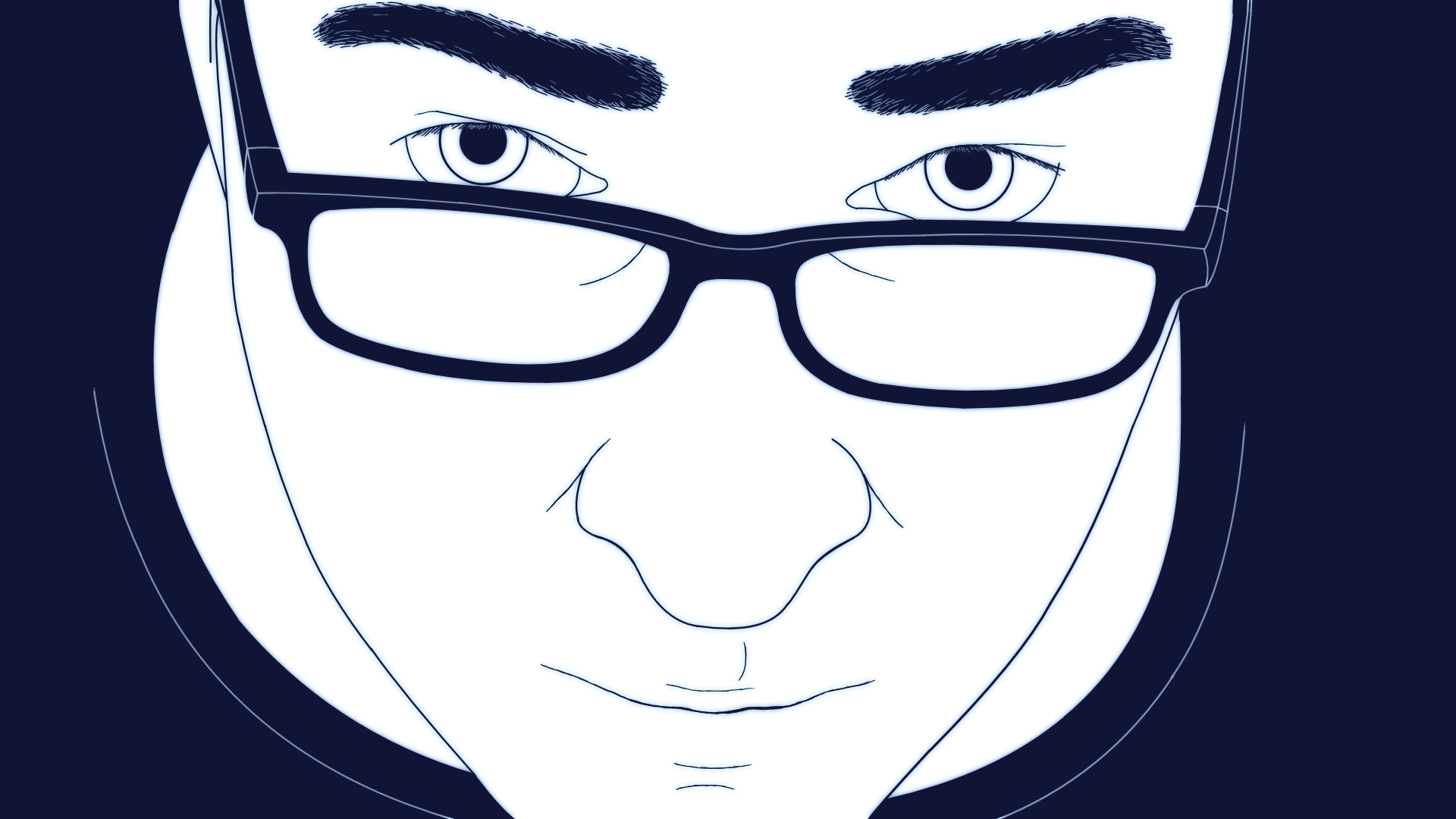 What do you think the future holds for short films?
I think it will remain to be a very important platform, because in my opinion it is a perfect platform for experimentation, both visually and narratively. I also think that short films can essentially convey very interesting and important contents to viewers.

If we were to go back into lockdown, what cultural delights would you recommend to alleviate our boredom?
This is a difficult question because I think everyone is interested in different things. Personally, in my spare time, perhaps one of my favorite cultural delight besides movies is music. During the lockdown, I started collecting vinyl records. I love it, because when I put on a record, it has a completely different emotional effect on me, compared to when I am listening to a song on the computer. It can provide a much more intense experience.

Helfer is part of International Competition I13.