Can you explain the choice of title?
Hilum means two different things in our language. In the Tagalog language, “hilum/hilom” means “remedy”, while in the Visayan language it means “silence”. I grew up in Manila where we speak Tagalog, while my mother grew up in the Visayan region where they speak Bisaya – the language they also speak in the Camotes Islands where we shot our film. I figured I’d combine our cultures together and create a title that captures the feeling of “a silent healing”. As much as possible I refer to the film as Hilum and refrain from translating it in order to preserve the mystery within its multifaceted meaning – almost drawing attention to the heterogeneity of the Filipino language.

It’s a very poetic film. What drew you to that story? Why did you decide to treat it this way?
I wanted to tell a story about growing up. The closest I could approach a coming-of-age was to draw from my own experience. The final dialogue is an actual recounting of my experience of a car crash. I think one of the ways I chose to cope at a young age was to put up a lot of walls and be constantly “in performance” in my relationships. So I used the concept of “professional mourning” in the script as one of the desperate attempts of our characters to try to heal and grow. Much like their jobs, a poetic film style is performative, but it also creates space. In the case for this film, it gives space for mourning. It ideally highlights the cosmic magnitude of loss, not just for loved ones but the loss of a culture that indigenous Filipinos once had as their reality. 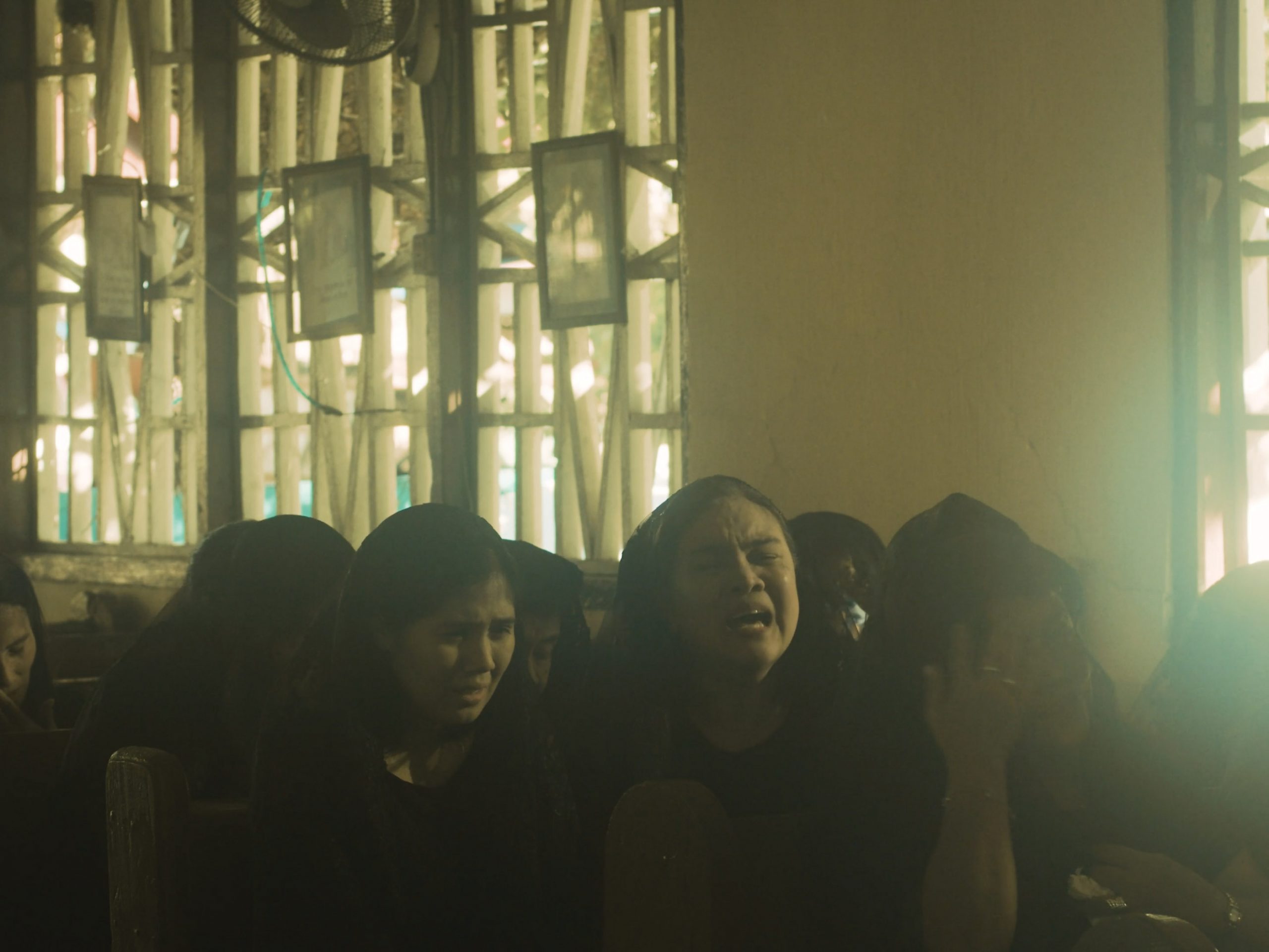 What’s the deal with professional mourners? Can you tell us a bit more about them?
It’s an ancient Visayan practice where old women sang dirges echoing grief of the bereaved and the widowed. The film only harkens back to an archaic tradition and resurrects it in a modernized approach – now amalgamated with Catholicism like most indigenous practices in the country. It’s not practiced anymore.

What is it like shooting a short film in the Philippines? We’ve had some great feature and genre films from there recently. Would you say there is support for the industry?
Yes! A lot of great films. The Philippines has a very supportive artistic community. Hilum is the first film I’ve shot in the Philippines with a budget and crew. Maybe it was because we were on a small island with a skeleton crew, but the experience of filming was very relaxed and fun. My grandmother’s neighbors were extremely accommodating and ready to offer help in any way. 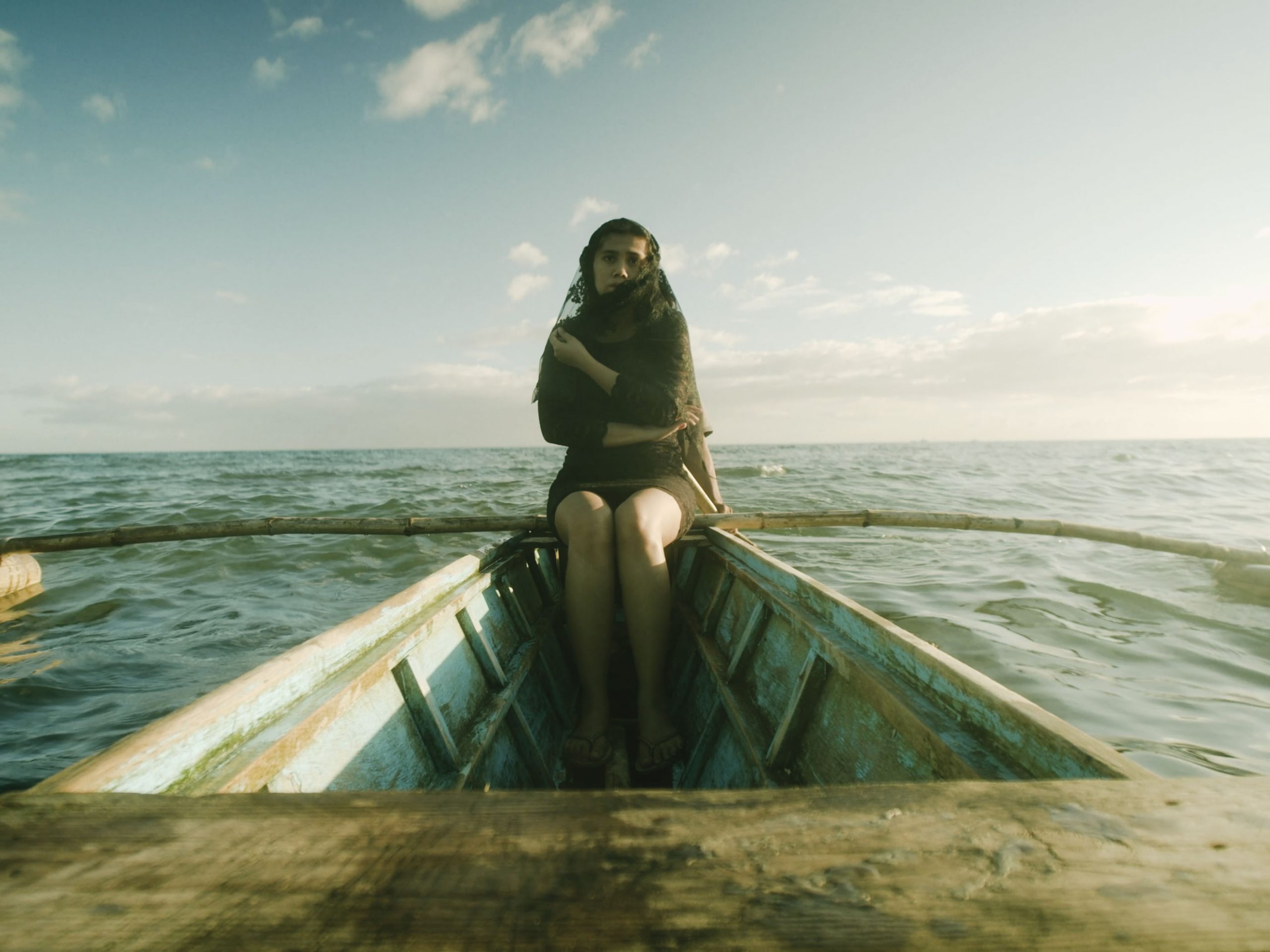 What do you think the future holds for short films?
More and more filmmakers and even non-filmmakers are making short films now. It’s a universal language and more artists are participating in pushing it to keep evolving.

If we were to go back into lockdown, what cultural delights would you recommend to alleviate our boredom?
When I lived in Chicago for university, I would alleviate boredom and homesickness by watching YouTube videos of Filipino rap battles. There’s a rap battle league called FlipTop Battles. It’s intense and incredibly creative. I’ve shared these videos with some friends who are musicians and hip-hop artists and they always appreciated the culture and the artistry that goes on in the battlers’ performances despite not understanding a word. Perhaps you’d enjoy that too! Hip-hop is also a universal language.

Hilum (Remedy) is part of International Competition I7.