What materials did you use to create the characters?
The puppets’ bodies are made of silicone. We make a sculpture, then a mould where we place a frame made of aluminum wire that helps it keep its stance. Then we pour in the silicone which will take the shape of the initial sculpture as it hardens. A dab of paint (tinted silicone), costumes and voilà! The figures’ heads (for the other children) are moulded in polyurethane resin, a hard material. They’re hollow, so they’re lighter. The heads of Emile and Julie are made of silicone, following a process similar to the one used for the bodies.

Why did you want to use a primary school as a way to question your character’s difficulty in being socially accepted?
With Précieux, I wanted to make a film for adults, where the main characters were children. I wanted to find the source of mechanisms of exclusion, of taking power over others which I see as systemic currently, it’s the norm. The more I looked, the further back in time I went, getting closer to childhood. So then the trick was to stage that watershed moment when the individual sheds a part of their empathy in order to survive. I wanted to make as universal a film as possible. In France, schools are incredibly similar. So I could evoke common memories and reach as many people as possible. 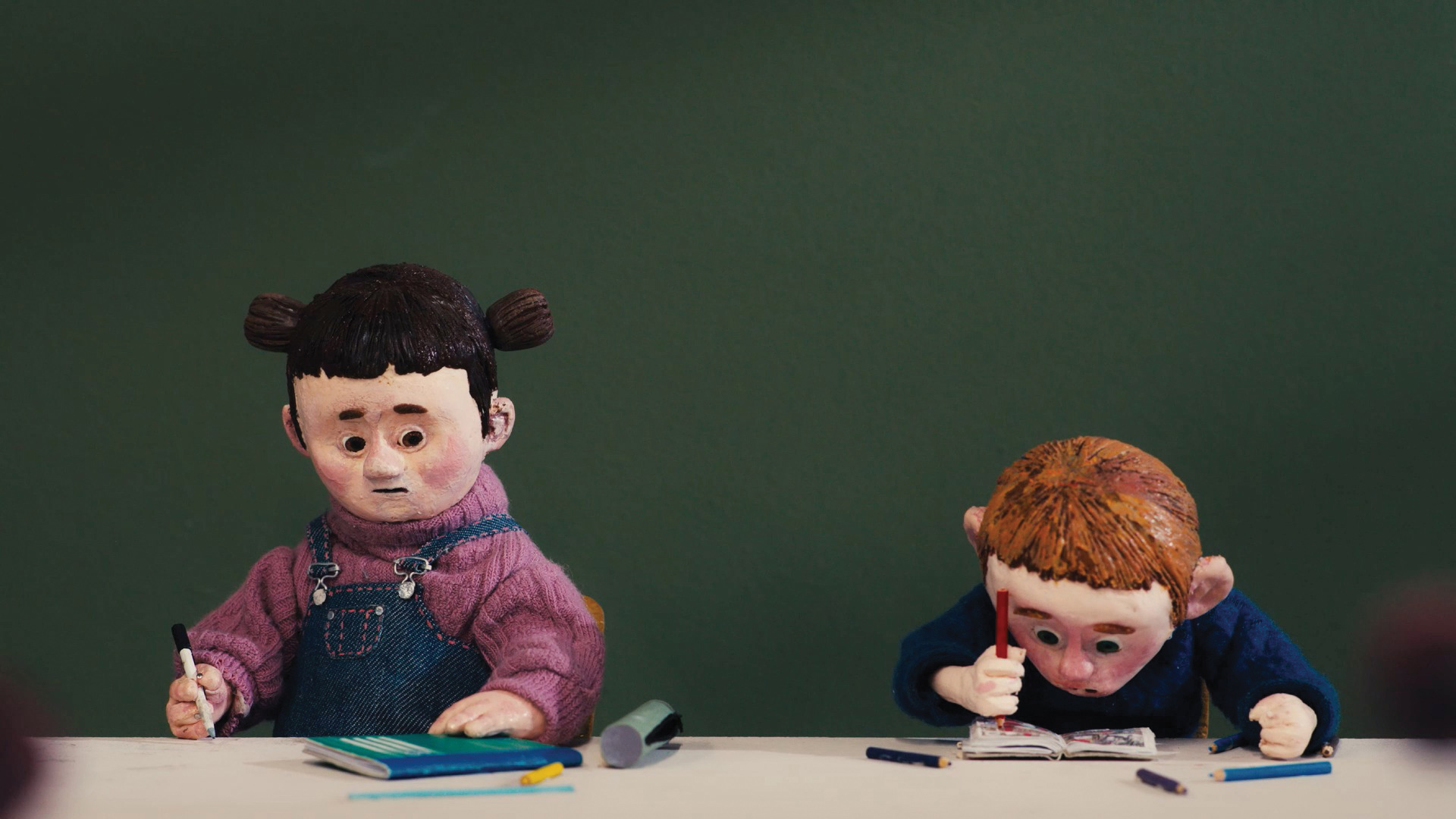 What exactly did the swimming pool lessons bring to the story?
Swimming pools are places where you’re half naked, in front of your schoolmates, who are also half naked. It’s a place of vulnerability, a lesson that children and teenagers often dread. Since my goal was to get as close to my characters’ fragility, the swimming pool seemed like a good choice for filming moments of shame, but also of intimacy among children. Swimming lessons are also an (unpleasant) shared memory for many people…

Why did not want to have any of the other students besides Julie and Emilie be identifiable?
Emile and Julie are unable to project themselves onto the other. Julie because she’s ostracized, Emile because of his disability. Since the film unfolds entirely through Julie’s eyes, I felt it was important to visualize their fear of others, who seem to behave as a pack and be devoid of individuality. Moreover, that allowed me to stay within my budget since high-volume animation favors mass-production. What do you think the future holds for short films?
Many short films are made for almost nothing, or as volunteer projects. So we have to know what we’re focusing on: Are we talking about the number of films that come out, or the number of people who make a living from them? Because that’s not the same thing at all. With Précieux, I was lucky enough to get paid and to be able to pay my crew. This should not be either a privilege or a lucky break, it should just be a job. The short form will have a future as long as there are people who want to make films and have the determination. The profession of “short-film maker” is another question.

If we were to go back into lockdown, what cultural or artistic delights would you recommend to alleviate our boredom?
Without a doubt: Chicken Run, the entire Harry Potter series, the first Robocop and Starship Troopers. In any case, comfy movies I’ve already seen a thousand times work really well for me!

Précieux [Precious] is being screened as part of National Competition F4.

Networks
Festival Newsletter
Recent posts
Blog
Dîner avec Précieux
Tea time with Jam
All partners
Clermont ISFF | Dinner with Précieux [Precious] | Clermont ISFF
class="post-template-default single single-post postid-34980 single-format-standard samba_theme samba_left_nav samba_left_align samba_responsive thvers_95 wpb-js-composer js-comp-ver-6.7.0 vc_responsive"
We use cookies on our website to give you the most relevant experience by remembering your preferences and repeat visits. By clicking “Accept All”, you consent to the use of ALL the cookies. However, you may visit "Cookie Settings" to provide a controlled consent.
Cookie SettingsAccept All
Gérer le consentement