Discover the programme
Reserve seats: on site, at the VR space of the Comédie

In collaboration with Festivals Connexion and ARTE.

Affiorare (Surfacing) is a VR experimental documentary set in prison.

Like in a fairy tale, the viewer is immersed in the everyday life of mothers and kids living in special places: prisons and custody institutions for inmates with their children.

360° footage at children’s eye level and animations embark us on a magical journey from the iconic Panopticon system of control, to the most recent confinement centres. Like the hero’s journey, the protagonists tell us – in a deep and poetic way- their first impressions of the prison, the smells, the fears, the challenges.

The story is from director’s childhood memories which depicts the reduction of humanity by military government during the martial law, the colonial culture as well as the digital era into a story beyond reality. 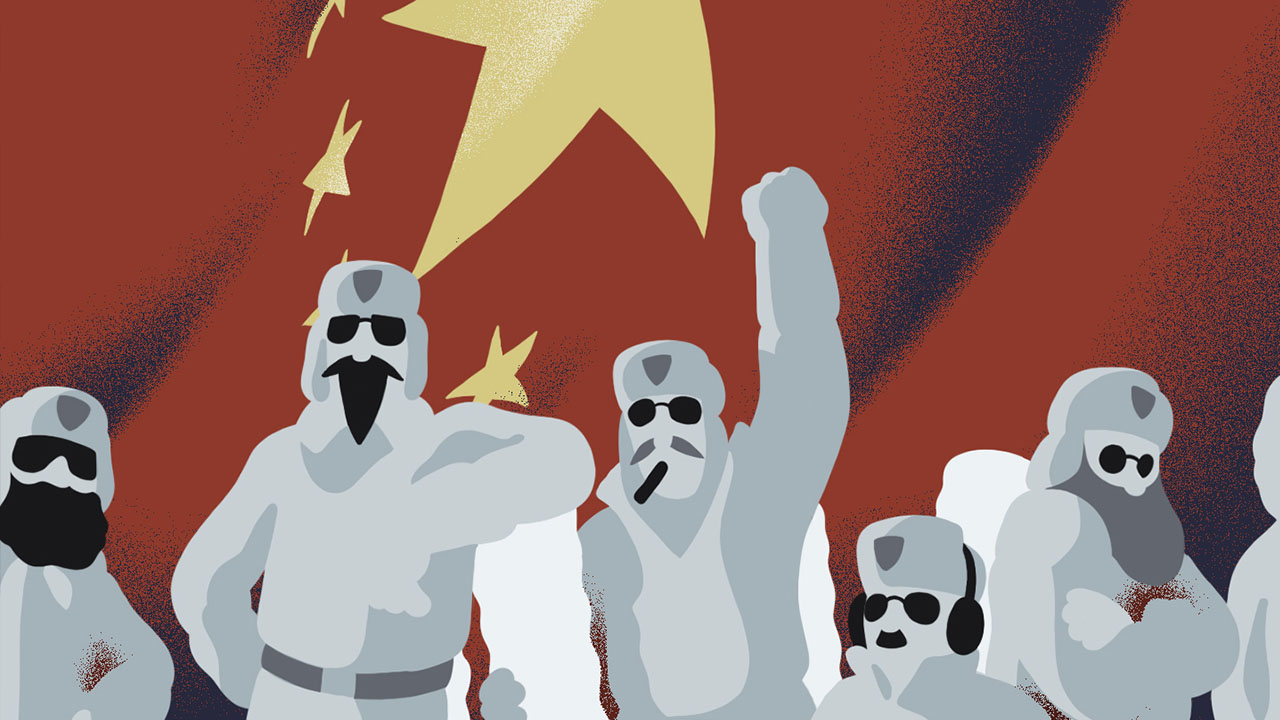 In the heart of Antarctica, a group of Russian scientists is trying to recover vital information for their research. For this, they have no choice but to kidnap you in order to interrogate you.

Lavrynthos places you at the heart of the labyrinth of Crete to tell you the story of the unlikely relationship between the Minotaur and his next meal: a girl named Cora. A contemporary Greek tragedy paying homage to the cradle of modern dramatic theory while challenging it at the same time. Lavrynthos is a humorous take on a 3000 years old myth updating it with themes and topics that are relevant in this day and age. Lavrynthos makes use of an innovative way of moving the player throughout the story by transforming a 2x2m area in an infinite non-euclidean maze that can shift space and time. Lavrynthos messes up with your sense of direction, space and balance and aims to connect with people that might have felt lost in the last couple of years.

Almost every filmmaker has had an experience of “the one that got away”: a film that didn’t get made, whether because of a lack of money, a troublesome star, or disasters on the set. The VR series Missing Pictures offers famous directors the opportunity to bring a lost project back to life in an animated virtual world. Tsai Ming-liang doesn't have a “missing picture,” but what he does have are childhood memories that would be impossible for him to film. He talks about how he grew up with his grandparents, who took him out to see two films every evening. So instead of this being a making-of of an unmade film, Tsai gives us a making-of of his entire film career.

On a volcanic island located southeastern of Taiwan lives an Austronesian descent – Tao tribe. A-Lan, one of the younger generations who return home, has found a way of living, yet he is still torn between traditional and modern lives.

On The Morning You Wake
(to the End on the World)

On January 13th, 2018 at 8:08 am, an alert was issued to the 1.4 million citizens of Hawai'i,
‍BALLISTIC MISSILE THREAT INBOUND TO HAWAII.
SEEK IMMEDIATE SHELTER. THIS IS NOT A DRILL.

At a train station floating in the cloud, a mysterious red tail catches the boy’s attention. Chasing the red tail, the boy has traveled through countless magical places, ran into the bizarre creatures, and finally he meets the gentleman, who seems to know his secrets more than he does. When the red tail reminds the boy of his own memory and sadness, what’s the secrets hiding behind, and where will it lead him next?

The protagonist escapes Earth after a global nuclear destruction to find a new planet to live on but finds that he/she always returns to it to learn life's profound lesson.

They Dream in My Bones
- Insemnopedy II

They Dream in My Bones - Insemnopedy II is a mesmerizing meditation and a moving and experimental piece of work. It explores the tissues of a skeleton, going beyond the body to reach a metaphysical dimension and asking a question : how to extract dreams from unknown bones ?

All partners
Clermont ISFF | Virtual Reality | Clermont ISFF
class="page-template page-template-sqp-full page-template-sqp-full-php page page-id-56730 page-child parent-pageid-4237 samba_theme samba_left_nav samba_left_align samba_responsive fl-builder thvers_95 wpb-js-composer js-comp-ver-6.7.0 vc_responsive"
We use cookies on our website to give you the most relevant experience by remembering your preferences and repeat visits. By clicking “Accept All”, you consent to the use of ALL the cookies. However, you may visit "Cookie Settings" to provide a controlled consent.
Cookie SettingsAccept All
Gérer le consentement