At the 32nd edition of the Short Film Market, we will finally be adding more space! An additional 200 square meters will allow us to welcome even more booths (and countries). In this space, we will build a room that will continue to host the traditional buyers’ presentations, but also provide meetings and conferences addressing common themes and issues related to the Market.

Ready for a journey around the world?

From France, we have a pleasant surprise. Reunion Island, land of imagery and film shoots, has joined the Market this year, eager to turn heads. The Agence Film Réunion will be here to promote the island’s breathtaking scenery as a unique filming location.

The INA (Institut National de l’Audiovisuel) will be present at the Market to make known the funding it provides and the wide range of vocational training it offers to the public. 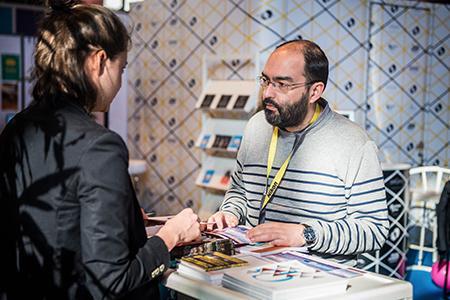 This year, for the second time, ARFIS, the Lyon-based film school, will be hosting a booth, and it will be a team from this school that will take care of the filming of all buyers’ presentations in the Market forum and conference space. Having become official partners of “L’Atelier”, they will providing a sound workshop there. Also again this year, they will be recording video interviews for the blog La Brasserie.

From ever-present Europe, nineteen countries will be represented in the exhibition hall. Given the extensive support in place for short film production throughout Europe, some countries, such as Italy, will require larger booths this year. 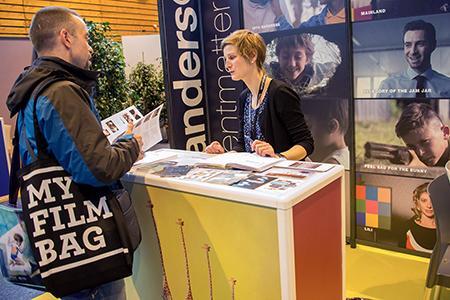 The Netherlands, through the Eye International institute, will double its presence in the hall, inviting to its booth numerous actors in the field of Dutch animation. Their objective: develop co-produced projects for short films in this genre.

Moving on to the rest of the world, Brazil is happy to join us once again after a two-year absence. Their short films and talent will be on display next to Chile, Argentina and Colombia, which is being showcased at this year’s festival.

It is a big first for Egypt, who make their entrance on stage with the Cairo International Film festival and their short film selection, Cinema of Tomorrow, which propels itself into the Short Film Market. Organizers will also be there to discuss other Egyptian festivals and ensure that filmmakers and producers from the country are represented. They are also there for film sales as well as networking inan effort to help Egyptian short film to further its reputation on the international stage.

It is also a big first for Ukraine with the Lviv International Short Film Festival Wiz-Art and the brand new Lviv Film Commission, who will be there to convince film professionals to shoot their next projects amidst Ukraine’s beautiful plains, Carpathian mountains and local architectural treasures!

China, and more precisely the city of Hancheng, has big short film projects in store: among these, a festival, a Short Film Café and a Short Film Campus. A booth and a presentation in the Market forum will shed light on the scope of these projects.

Estonia also makes its entrance in this truly international Short Film Market, organizing a program on Thursday, 9 February at 4:00 PM.

Let us take this opportunity to remind you of the Market screenings which are detailed in the Market catalogue. Film professionals are sure to discover precious nuggets among the best films selected by the international organizations present in Clermont! These screenings, which take place Monday to Thursday in the Georges Conchon Theater, should not be missed. 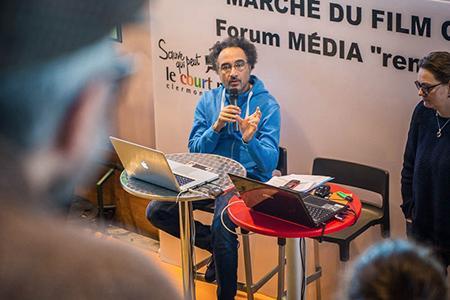 The Short Film Market also includes conferences and meetings. In addition to the buyers’ presentations, it is a series of events that takes place throughout the week dedicated to professionalizing, networking opportunities and the training of work teams. There are also B2B opportunities such as the “Festival in Person” sessions where project leaders and producers meet during “develop my project” sessions. Be aware that certain events require registration in advance. We highly recommend that you consult our website as early as the beginning of January!

Networks
Festival Newsletter
Recent posts
Blog
Rencontre avec Sébastien Betbeder.
Marché du film court 2017
All partners
Clermont ISFF | Short Film Market 2017 | Clermont ISFF
class="post-template-default single single-post postid-8357 single-format-standard samba_theme samba_left_nav samba_left_align samba_responsive thvers_95 wpb-js-composer js-comp-ver-6.7.0 vc_responsive"
We use cookies on our website to give you the most relevant experience by remembering your preferences and repeat visits. By clicking “Accept All”, you consent to the use of ALL the cookies. However, you may visit "Cookie Settings" to provide a controlled consent.
Cookie SettingsAccept All
Gérer le consentement