The Short Film Market is at the heart of a network that spans Europe and reaches beyond. For European professionals, the exchanges that take place in Clermont-Ferrand are central to planning the year ahead. Developing projects, nurturing talents, or circulating films, all the key players who work towards generating and promoting quality cinema in Europe and its position in the world meet there to reinforce and boost the incomparable talent pool that short films represent.

The trend in the last few years has been toward an ever-greater participation at the Market by Eastern European countries: Croatia, the Czech Republic, Poland, Romania, and finally Lithuania in 2013. Now it’s Slovenia’s turn to join the Market this year through the participation of the Slovenian Film Centre, a public organization created in January 2011. The Film Centre has programs to support project and script development, production, post-production, and distribution. In addition, the Centre is charged with promoting the country’s short films abroad. So a big welcome to Slovenia.

Obviously, the economic crisis is still pressing hard on European budgets. All the same, several countries or regions with limited production capacity were able to make it to the exhibitors’ hall this year, sometimes despite a difficult situation. Amongst those are Flanders Image, Greece, Portugal, and Wallonie-Bruxelles Images. Germany, the Netherlands, Nordic countries (sharing one common stand), Spain or Switzerland are also well represented.

Last year’s visitors couldn’t help noticing the highly expected return of the British stand to the Market, which “represents an invaluable opportunity to promote the most notable emerging filmmakers” as Briony Hanson, Director of the British Council Film, then stated. The spot is reserved for another year of finding opportunities for new British talent at the Short Film Market.

Australia has always been active in the domain of short films, with a consistent and quality production. The country’s film schools and universities form talented new individuals in the different audio-visual and creative industries. Each year, there are nearly two hundred Australian film submissions to the Festival’s International Competition. Screen Australia, which assists and promotes Australian films, has chosen to promote the country’s short films in Clermont-Ferrand

Another new entry at this year’s Short Film Market is a slate of short films from the Indian Ocean, represented by two associations from the islands of Mauritius and Madagascar. Various operators in this dynamic region are present at the Market this year. The proof of their hard work is the existence of several now well-established events dedicated to short films: Les rencontres du Film Court de Madagascar  (now in its eighth year) and Île Courts from Mauritius (in its sixth year).

Qatar is at the Market with a program of films and a stand in order to promote not only the region’s filmmakers and short films, but also the two new festivals that the Doha Film Institute has just established: The Ajyal Youth Film Festival in November, and the Qumra Doha Film Festival in March. Unlike their predecessor (the Doha Tribeca Film Festival), which included only films from the Arab world, these two festivals will feature international short films aimed at young audiences and the general public. European short filmmakers will thus have new opportunities in this part of the world. Through these initiatives, Qatar ambitions to position itself as the leader in developing and promoting films in the Middle East. 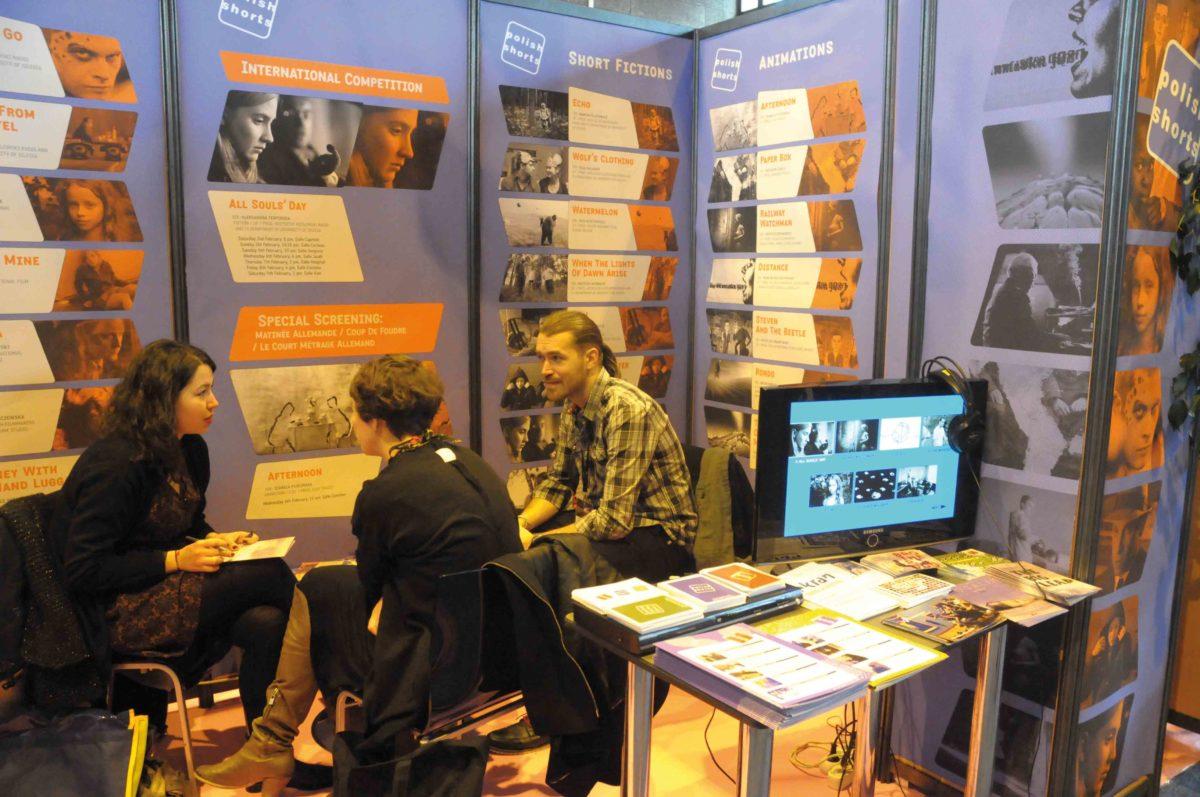 A shout out to Dreamlab, in Iran, which distributes feature films (A Separation, About Elly…) and, for a few years now, has been putting together a catalogue of Iranian short films for the Clermont-Ferrand Short Film Market in order to guarantee them visibility in the international short film scene.

Latin America has a strong presence this year with the participation of Argentina, Chile, Colombia and Mexico.

Last but not least, what makes up Clermont-Ferrand’s Short Film Market are the meetings, the networking, the projects that are born, the sales, presales and acquisitions of films, the sharing of experience and knowledge, and the presence of buyers and decision makers who come looking for films and new talents to circulate and help grow. Regulars and newcomers are welcome to use an array of facilities that include the digital video library, business appointments facilities at the MEDIA Rendez-Vous area, presentations on buyers’ policies and new funding and distributing opportunities (crowdfunding, VOD, SVOD), Market screenings, stands with countries and institutions mentioned above (some of which are equipped with video terminals to access specific film catalogues), and a rich schedule of targeted industry events (co-production, story development, transmedia, talents, moving on to first feature, etc.).

3,000 accredited visitors are expected to attend the Short Film Market 2014, which once again confirms its place as the most important platform for short films and young cinema.