Nightcap with Traquer [Hunting Down]

Interview with Noëlle Bastin and Baptiste Bogaert, codirectors of Traquer [Hunting Down]

How did you share the directing work?
For Traquer, as for some of our other films (Salut travail, Veille, On sourira de nous), we drove forward based on the desire for a film that was still yet to be fully defined, with Baptiste working on the image and Noëlle the sound. We ended up following François and the hunters for nearly two years. This small team allowed us to do several things. First, to be relatively mobile and discreet by accompanying the blinds and hunts. It is a physical activity, fast, prowling, where there is not time to explain everything, and which can be dangerous. Being only two also made it easier for us to enter the hunting community: two bizarre vegan filmmakers who live in the city, it’s okay, it’s still possible to sneak in, talk, get to know each other and understand each other. A team of four or more would have been a different story. Going for two also allows us not to get bogged down in asking for money. Today, to finance a documentary, you have to sit all alone in front of your computer and write files on what we imagine we’ll discover, rather than actually discovering it! After that, we still had to write applications in the hope of paying for the post-production work, which we were never able to do. We filed 17 applications and only got refusals. All the people who worked on the film volunteered – we were the first to do so. For the rest of the production, apart from the actual shooting, we worked together, constantly collaborating, trying to find the right form for the film, trying and getting things wrong, to occasionally get excited, then to discuss with the technicians. The European Union and its member states agreed to join us in a second phase. The textual part, which relates to Noëlle and François’ relationship and memories, was rather Noëlle’s affair, even if Baptiste was never far away. 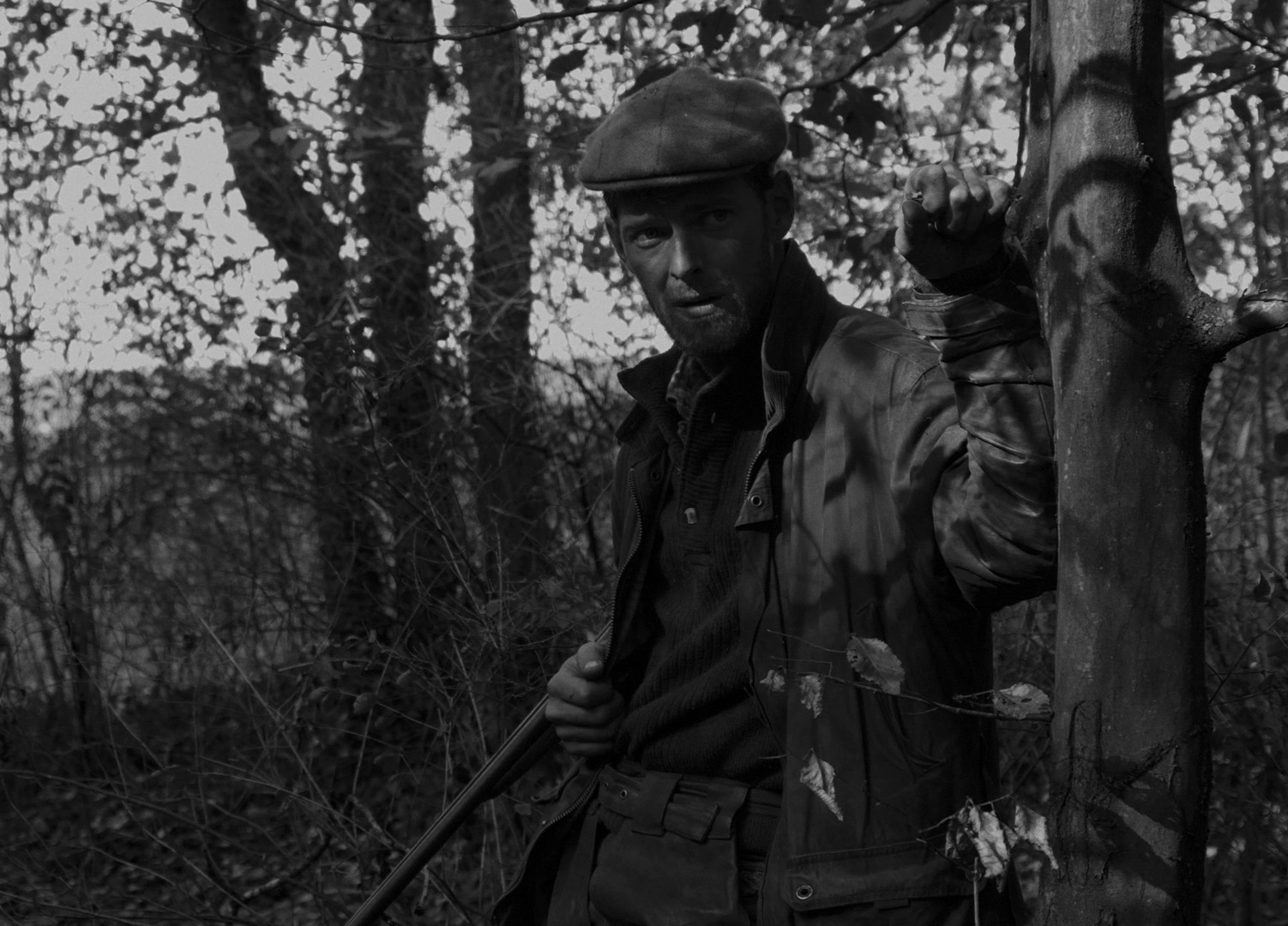 Is François the main subject of the film or is it about the gateway to the love of hunting?
François played the role of a concierge in our first film (La cour). During rehearsals, we thought we wanted to make a film about him. His presence fascinated us both, for different reasons. The hunt was therefore initially only a pretext to film him, and to film what turned out to most clearly represent our differences, in an economy of images and sounds. It is an activity that divides you from the start, showing the divide between two worldviews. The “real subject of the film” appeared quite late. We had long believed that it was about hunting, whereas it is more about the attempt to probe the big gap in our relationships, to think about how to communicate when the paths we have taken in our lives oppose us; these paths that were relatively similar when we were children: we grew up in the same village, surrounded by the same people, we went to the same kindergarten, primary, secondary schools. It is clear that François being a boy and Noëlle a girl, it already changes a lot in a gendered education and society. It will come as no surprise that there are few female hunters. But there are other fundamental and random things that guide these different life choices: the appropriate responses that each person brings to get themselves moving, to find excitement in life, to meet people and to belong to groups that share values or are part of a history. This is where we find ourselves hunter or filmmaker; hunter or antispecist. It is, of course, a film documenting the hunt! It was a way for us to take a sincere interest in the world of François, whereas before we were content to simply say that we were against hunting. And if that’s still the case, it’s easier to understand why François says he couldn’t live without hunting. The film therefore shows this encounter and this curiosity.

Where did the exchange of texts written on the screen come from, or how were they written?
These are exchanges that Noëlle and François had, most of which were recorded, transcribed and then reworked to synthesize them. We did not want the reading to be painful, but we also did not want to empty the discussions of their substance. The writing was not easy. François handles speech well, he is quite quick-witted. But to pass to the written word has allowed us to recreate an intimacy, but also another temporality and a place other than hunting; a kind of “elsewhere”, a place for the relationship, in parallel with the images and sounds, that correspond to François’ world, where Noëlle does not really belong. 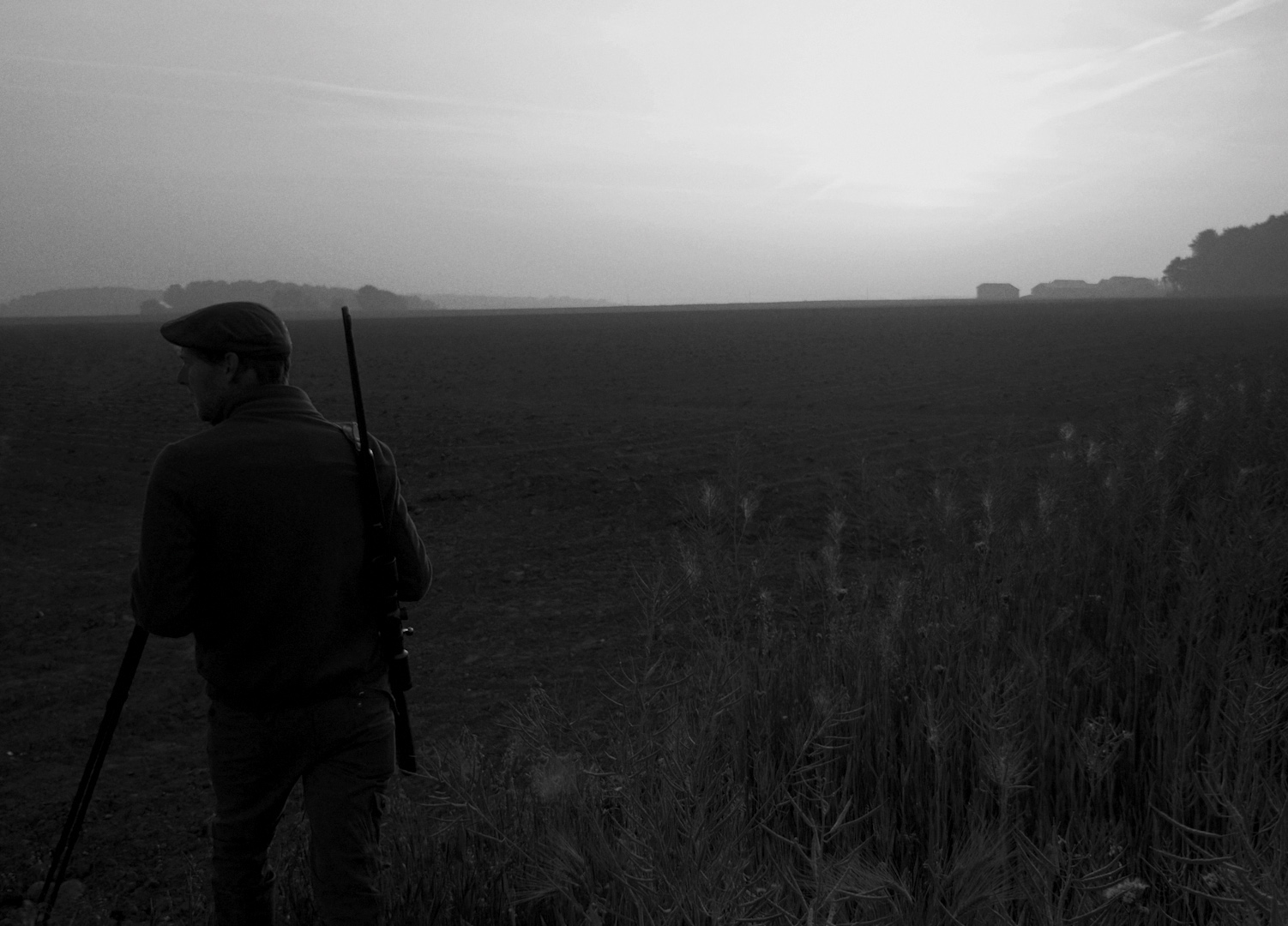 What interested you in the satisfaction of putting to death, skinning and cutting up the animal?
What interests us in the relationship between hunters and death is that the animals killed are not individual beings but trophies. There is a kind of lightness, of joy in the killing of sentient beings, and then of pride when the time comes to compare their kills and glorify themselves with the catch, which is very sobering. It was important for us to show the ends of these hunts. We wanted to avoid the romantic pitfall of idealizing hunting and these “brave men who venture into the woods and confront animals.” Our eyes should not be turned away at the last moment out of elegance or sensitivity. Animals are hunted, killed and then skinned. It is done in a spirit of play, friendship and in a good atmosphere. This is what makes hunting a complex practice, where hunters hold on to something very emotional. Besides, on this small hunt where everyone knows each other (it is important to distinguish from the huge hunts of the rich), most hunters say that it is not the killing of animals that counts, but the atmosphere, to be with friends around a common and ancestral activity. We can’t help but think it’s too bad it’s this one!

And what interested you in shooting in black and white?
The use of black and white first came during filming, in an almost “practical” way: in an environment saturated with green, we had the impression of not being able to distinguish forms, of getting lost in a mass of vegetation. We then recalled the words of a friend’s grandmother who, when she saw a photograph of a portion of the forest she cherished, exclaimed, “But it’s nauseating, all that green!” From the absence of colors arises a greater attention to form, a purification, an intensification of the human figures that appear. Black and white gives our images a temporal haze: generally linked to an aesthetic “of the past”, the time when the images were taken nevertheless becomes clear when we see the wind turbines, the modern cars, the layout of the landscape. But it also happens that some of the images taken don’t seem to be anchored in any particular time, and might have been filmed fifty years ago. This strangeness in the reversals and flattening of time interests us very much, in that it is deeply associated with the subject of the film, with the large gap that it portrays between the past of childhood memories and the relationship of today. 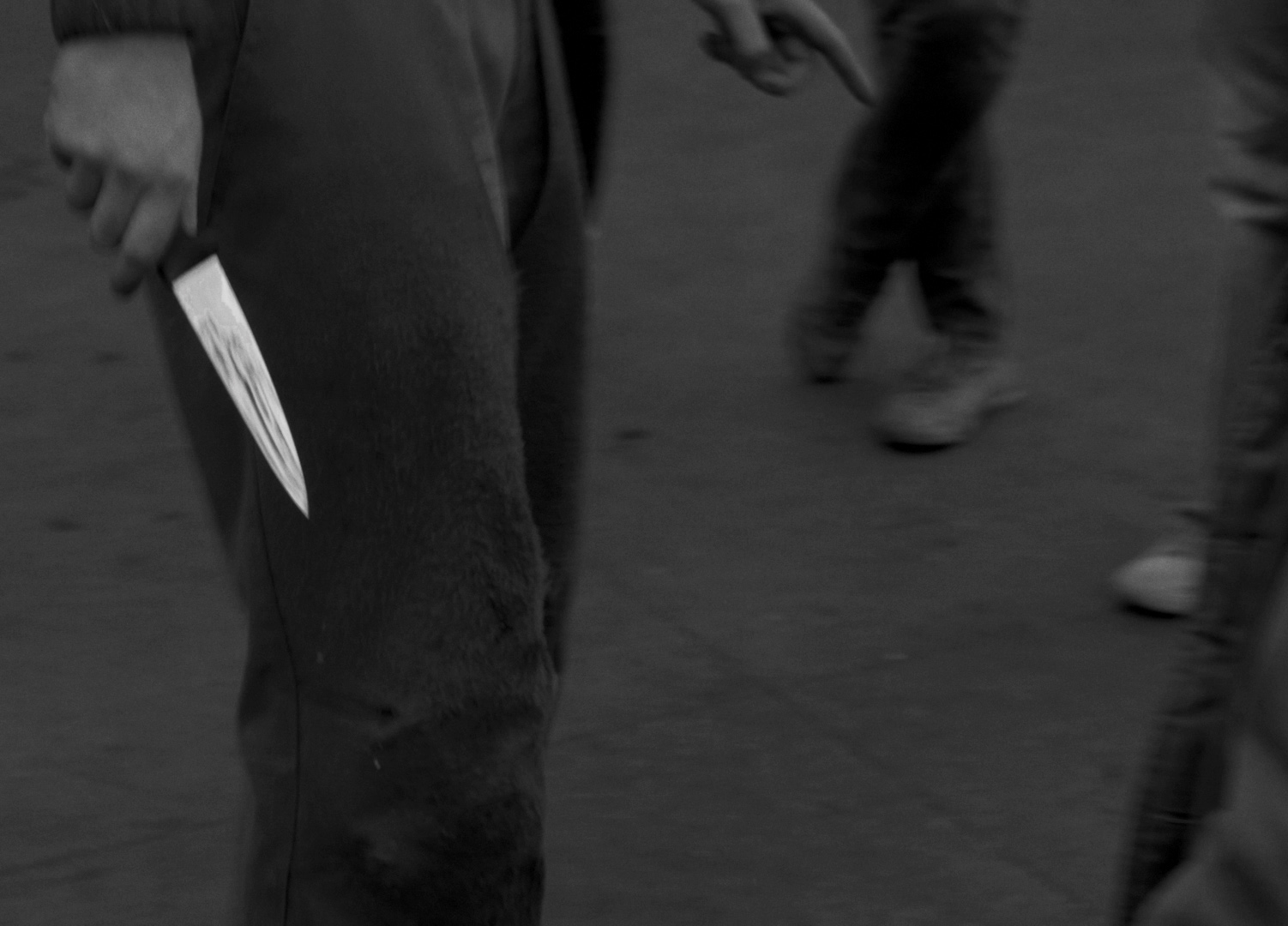 What do you think the future holds for short films?
Short films often have fewer production constraints, less pressure to conform for distribution purposes, which means that there is the possibility of true freedom in form and tone. We get the impression that short films are starting to come out of this mediocre stage, which consists of making a calling card on our way to a feature film, and that there is a desire to search for the length of time the film requires, which is necessarily different every time. To think beforehand that a film has to last this long or that long to fit into a particular box is pretty stupid, but that’s how a large part of the film industry works. The problem with the short film is still that of its screening. The technical means of production have become democratized, there are a lot of films produced, but little space to project them. Most people, outside of film professionals or savvy film lovers, continue to think that short films are not “real films”. What is the life of a short (or medium) film after its festival “career”, if it has one?

If we were to go back into lockdown, what cultural or artistic delights would you recommend to alleviate our boredom?
In Belgium, there is still an absurdly repressive lockdown, the measures of which are not subject to public debate. H&M is open but cafés and cinemas are closed… Even if the gentleness of some days makes us forget it and that we find all sorts of ways more or less legal to continue to keep in physical contact, spending most of one’s time in front of a screen is boring. Not being able to go out without a goal and wasting away at home without friends is annoying. Virtualizing the world and art is annoying, and must remain so. “Cultural pleasures to escape boredom”, it sounds a bit too much like a harmless sweet treat given by Grandma on a Wednesday afternoon as consolation for not being invited to a birthday party. Let’s say that in the midst of social aridity and against the “virtualized culture”, literature remains, especially as bookstores are still open. And, in the absence of a cinema, there is always the meager consolation of a few films watched by two or more at home.

Traquer [Hunting Down] is being shown in Labo competition L1.

Networks
Festival Newsletter
Recent posts
Blog
Breakfast with Angh
Dernier verre avec Traquer
All partners
Clermont ISFF | Nightcap with Traquer [Hunting Down] | Clermont ISFF
class="post-template-default single single-post postid-35337 single-format-standard samba_theme samba_left_nav samba_left_align samba_responsive thvers_95 wpb-js-composer js-comp-ver-6.7.0 vc_responsive"
We use cookies on our website to give you the most relevant experience by remembering your preferences and repeat visits. By clicking “Accept All”, you consent to the use of ALL the cookies. However, you may visit "Cookie Settings" to provide a controlled consent.
Cookie SettingsAccept All
Gérer le consentement