How did you work with and manipulate the different materials that you had in your possession?
I’d know for a long time that there were archives dating back to my grandmother’s time in Niger and the Ivory Coast in the closet in my parents’ living room, but I’d never bothered to take a look. The opportunity presented itself when I made my graduating-year film at La Fémis film school. I discovered 16mm images that portrayed my grandmother’s and my mother’s daily life, numerous photos and about 20 hours of audio tapes recorded over a period of 6 years. Although I quickly knew that I wanted to explore the road to independence in these countries through my grandmother’s relationship with Abdou, her servant, the form and the content emerged little by little during the editing. First, I spent a lot of time sorting through and selecting the audio, based on what moved me, interested me, or amused me the most. It was by trying to edit the audio, without images at first, that I began to make clear choices as to what could become a “sequence shot,” although these were just little bits, and what would not go into the film. In parallel to the work on the audio, I experimented editing the silent 16mm shots of my grandmother. It took quite a lot of time to succeed in combining the images and the audio. Finding the right form  of the family dinner, for example, was particularly difficult.  I felt a need to see the “protagonists” in real-life situations in order to better hear their voices. It was through a discussion with Marine, the producer, that the idea of using animation came to me. The somewhat childish style of cut-out photos, which Juliette, the animator, and I created, appealed to me because it “recycled” my grandmother’s photographic material while at the same time invented something new. It was only after several weeks of editing that I gathered all my courage and decided to film my mother. Taking my time was no doubt necessary in order for the questions I wanted to ask to mature. She gave me some surprising answers and even the key to the relationship between Madeleine and Abdou which was lacking in the composition of the film. The form of the off-camera voice was finalized at the end of the editing process. I wanted it to be as simple, honest, and discreet as possible. Above all else, I wanted the voice to say only what was strictly necessary, without dominating the emotions of the film. 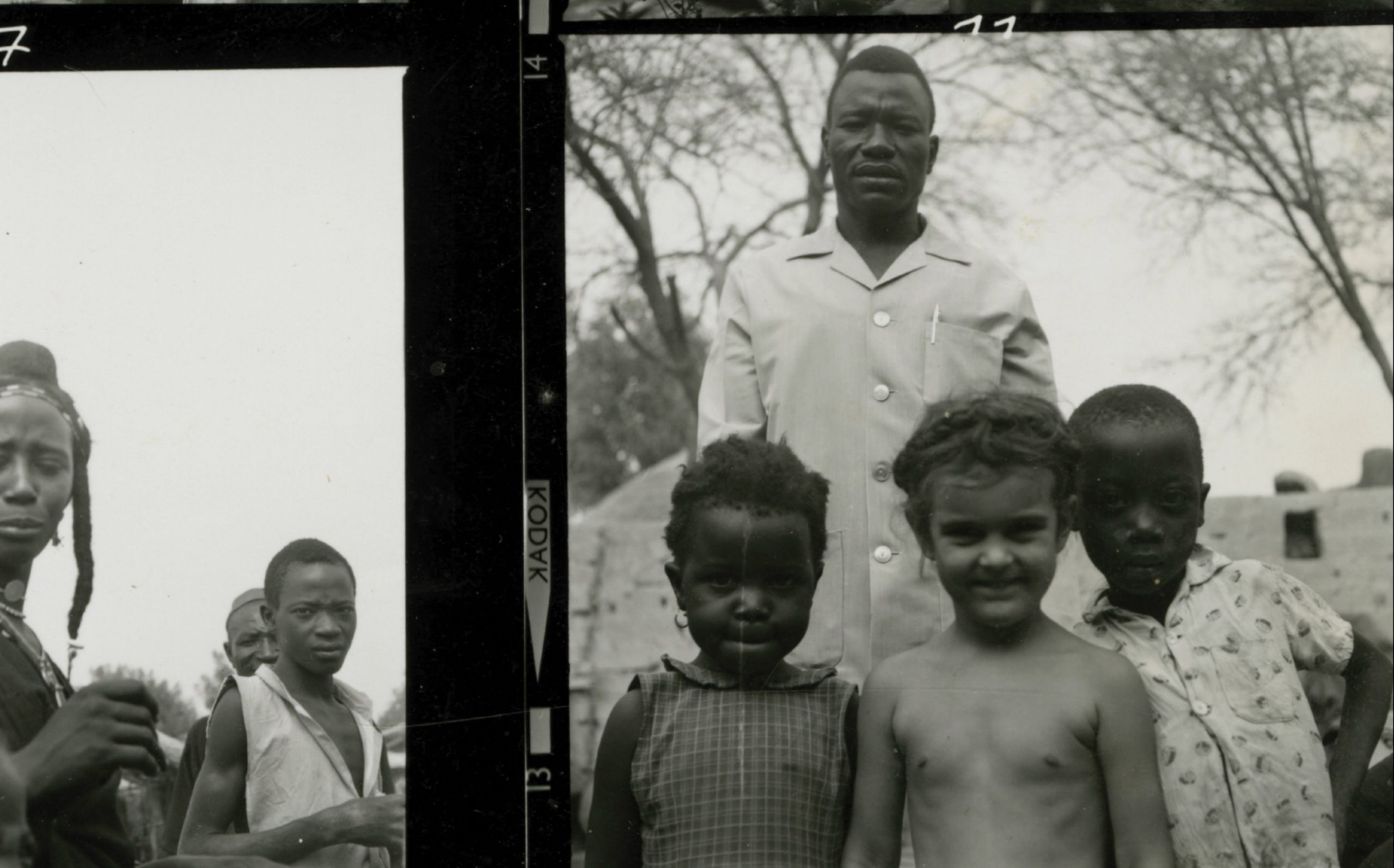 The conversations between your grandmother and Abdou, her servant, were they taken from real recordings and, if so, how was it that you had this audio material?
Yes, all the conversations are drawn from real recordings. My grandmother had a tape recorder with which she formed the habit of recording her daily life. In the recordings that I found, and digitalized, there were exchanges with her students at the Abidjan film school, the original rushes of her reports for the Niamey television school, many songs, poems, and funny stories my mother told as a child, and live recordings of many family meals. She would set the tape recorded on the corner of the table and let it run during the meal. It was a way of preserving a trace of her life down there, similar to the way we film our family and friends with our phones today.

In Vas-y voir, were your grandmother’s motivations in her cinema-ethnologic undertakings secondary to her relationship with Abdou? Are her films archived somewhere, in the BNF (French National Library) or at INA (National Audiovisual Institute), for example?
My grandmother had several professions in Africa. First, she worked at the television school of Niamey, where she directed, with other French overseas service volunteers and local people, pedagogical reports for the schools in the region. Despite having searched, I never found any of these projects. After that she worked for a year as a French teacher at the Abidjan high school, then in this same city, founded the cinema department of the national arts institute. She was a pedagogue more than a director and, finally, the only film she made was the short film Vas-y voir, whose title I took for my film. The short film was made in an amateur setting. It was never registered or archived anywhere. By the way,  I would very much like to restore the film and give it a chance to be seen. If I chose to put the accent on the relationship between Abdou and my grandmother, it was probably because I sensed there was a relationship of class, of “race” playing out which to me crystalized the stakes and the paradoxes of this neocolonial period. I found it was fairer to approach the film from that angle rather than to make a complete portrait of my grandmother’s life and career. 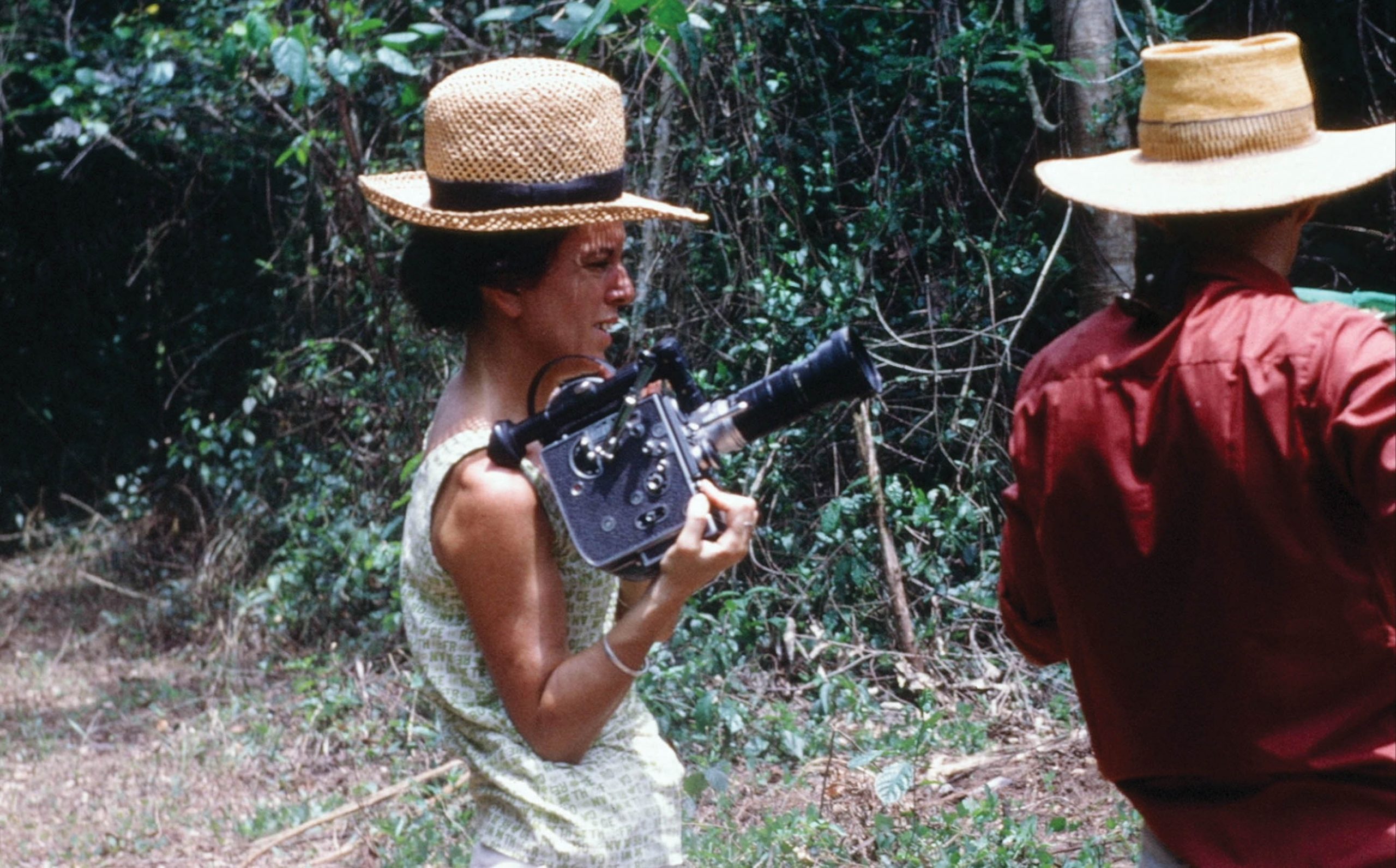 Did you try to find Abdou or his family in order to get another point of view?
Yes, I really wanted to at the start of the project. It took me some time to accept that I probably would never find him. I had only one piece of information concerning him: he became a chauffeur for the American embassy. I called the embassies in Niamey and in Abidjan to see if his name was in their old registers, but in vain. I also searched a lot on the Internet, but my search was inconclusive. I was very hesitant to make a “family film” because I didn’t think it would interest people. The fact that I didn’t find Abdou allowed me to understand that my grandmother should be the main character of the film.

Could you tell us how you chose the music at the end of the film and the reasons for this choice?
During the editing, and then working with Thibaut, the sound editor, I forced myself to use a maximum of recordings of Madeleine. When that didn’t suffice, we looked for audio of the time period, ideally recorded in the countries corresponding to the images. The traditional song that concludes the film was recorded by my grandmother in an Ivory Coast village. It’s one of the first audio pieces I found and rapidly I felt that it would be the one and only music that I would put in the film.

If we were to go back into lockdown, what cultural or artistic delights would you recommend for alleviating our boredom?
Perhaps take the opportunity to rummage through your parents’ closets!

Vas-y voir is being shown in the National Competition F9.

Networks
Festival Newsletter
Recent posts
Blog
Nightcap with Pulsion
Dîner avec Vas-y voir
All partners
Clermont ISFF | Dinner with Vas-y voir | Clermont ISFF
class="post-template-default single single-post postid-35992 single-format-standard samba_theme samba_left_nav samba_left_align samba_responsive thvers_95 wpb-js-composer js-comp-ver-6.7.0 vc_responsive"
We use cookies on our website to give you the most relevant experience by remembering your preferences and repeat visits. By clicking “Accept All”, you consent to the use of ALL the cookies. However, you may visit "Cookie Settings" to provide a controlled consent.
Cookie SettingsAccept All
Gérer le consentement