How did you get the inspiration for Night Bus? Have you already travelled by night buses or carpooling?
I like observing people, taking mental notes of their emotions and expressions. In doing so, I often get inspired and start to form ideas in my head on how to reflect them in my films.  The inspiration of Night Bus came to me after I have collected a lot of rough ideas and finally while I was driving along the coastal road in the northeastern part of Taiwan one night. I was thinking that the landscape – the large rocks, moonlit sky, and the sounds of splashing waves – would be a perfect setting for a thriller – drama. To me, traveling is the best way to get inspirations for my film. I have many experience taking night buses on my trips, it has a surreal yet calming effect and if I wasn’t sleeping, I would make up stories in my mind during each trip. 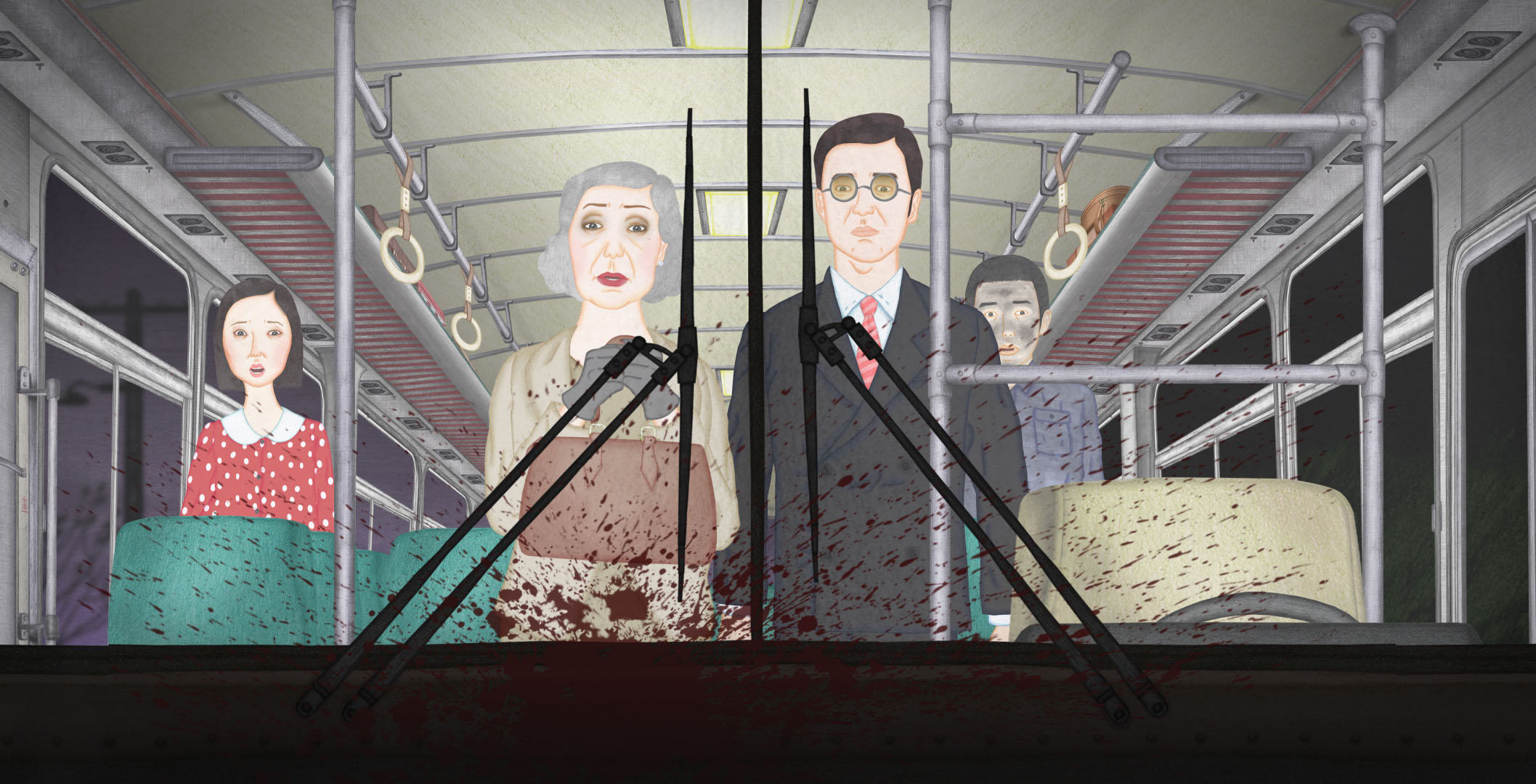 How much are you interested in the issue of violence and do you have further projects around this topic?
Actually, I do have a new film about love and regret that leads to terrible violence. It’s called Praying Mantis. To me, the issue of violence is only a part of my film that adds to the plot and increases the showing of struggles between different emotions – love, hate and regrets – in people. It is the struggles between emotions that I am most interested in showing.

Why were you interested in playing with characters’ fears and thirst for being in control?
I always want characters in my film to show many real human emotions and reactions, just like those in feature film with live actors, showing for example, fears, anger and despair, to name a few. I learn a lot from great feature films on how to use human emotions on films, not necessarily just fear and thirst in control, but all kinds of human emotions. 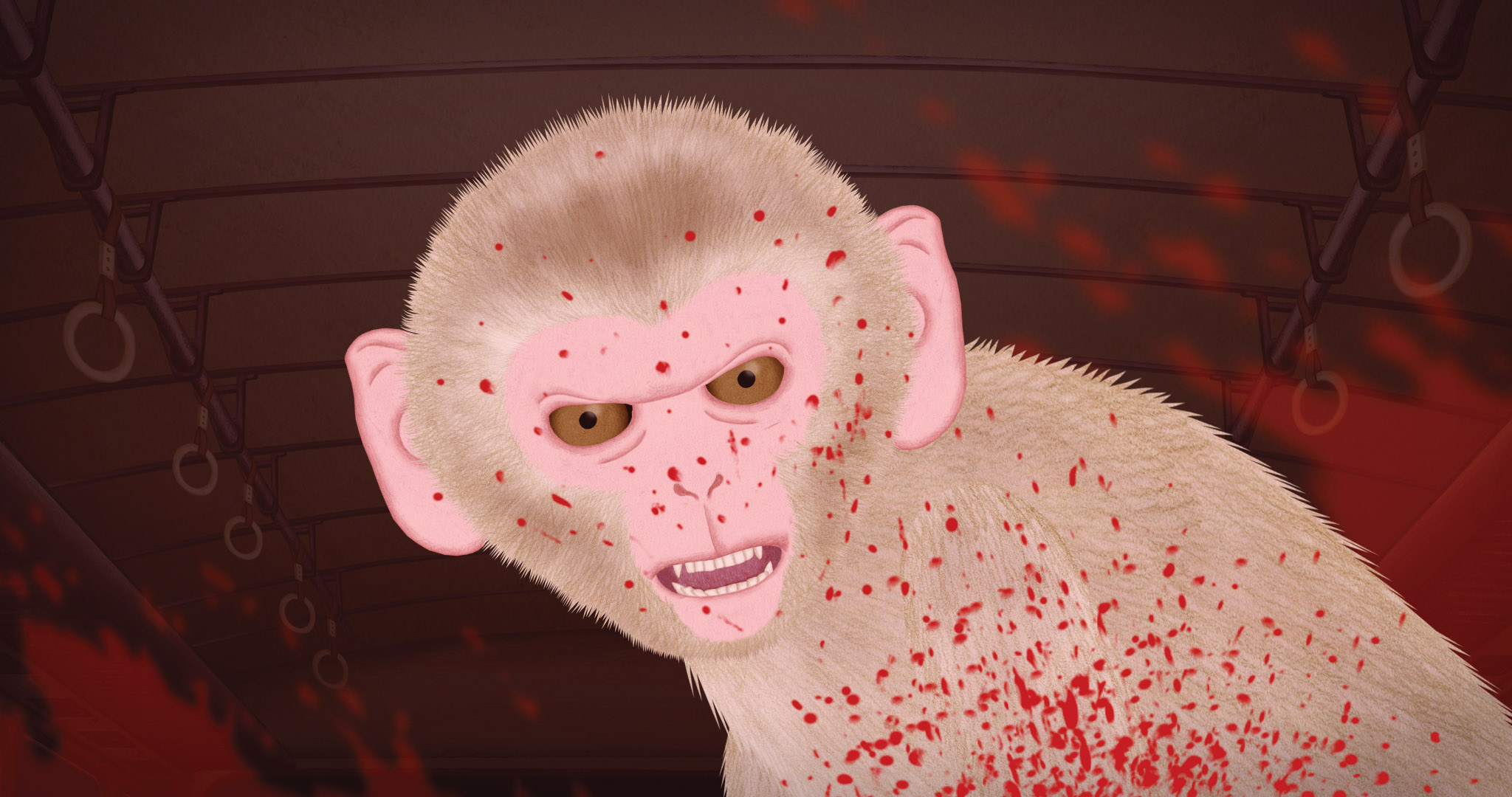 How did you build up the pressure and the rhythm?
Actually, I made this film over a period of five years, so I have tried many different ways in editing to make this story more interesting and more fun. In the first cut, I told the story in a time sequence, but found it much more suspenseful stopping at critical scenes and later revealing the truth with flash backs. Also, by adding and developing a second and parallel story – the little monkey losing his beloved mother and taking revenge – it added to the suspense and rhythm of the film. Lastly, as I mentioned before, adding violence to the film helps to bring out the richness of the plot

Do you consider Night Bus as a comedy or a tragedy?
I think it is both a tragedy and a comedy. It is tragic because a wife is trying to get away from her violent husband and a little monkey is out to revenge for his mother’s death. At the same time, I use “over-the-top” violence (Quentin Tarantino style) in the film to add black humor and I am happy that people can think it can be either tragedy or comedy. 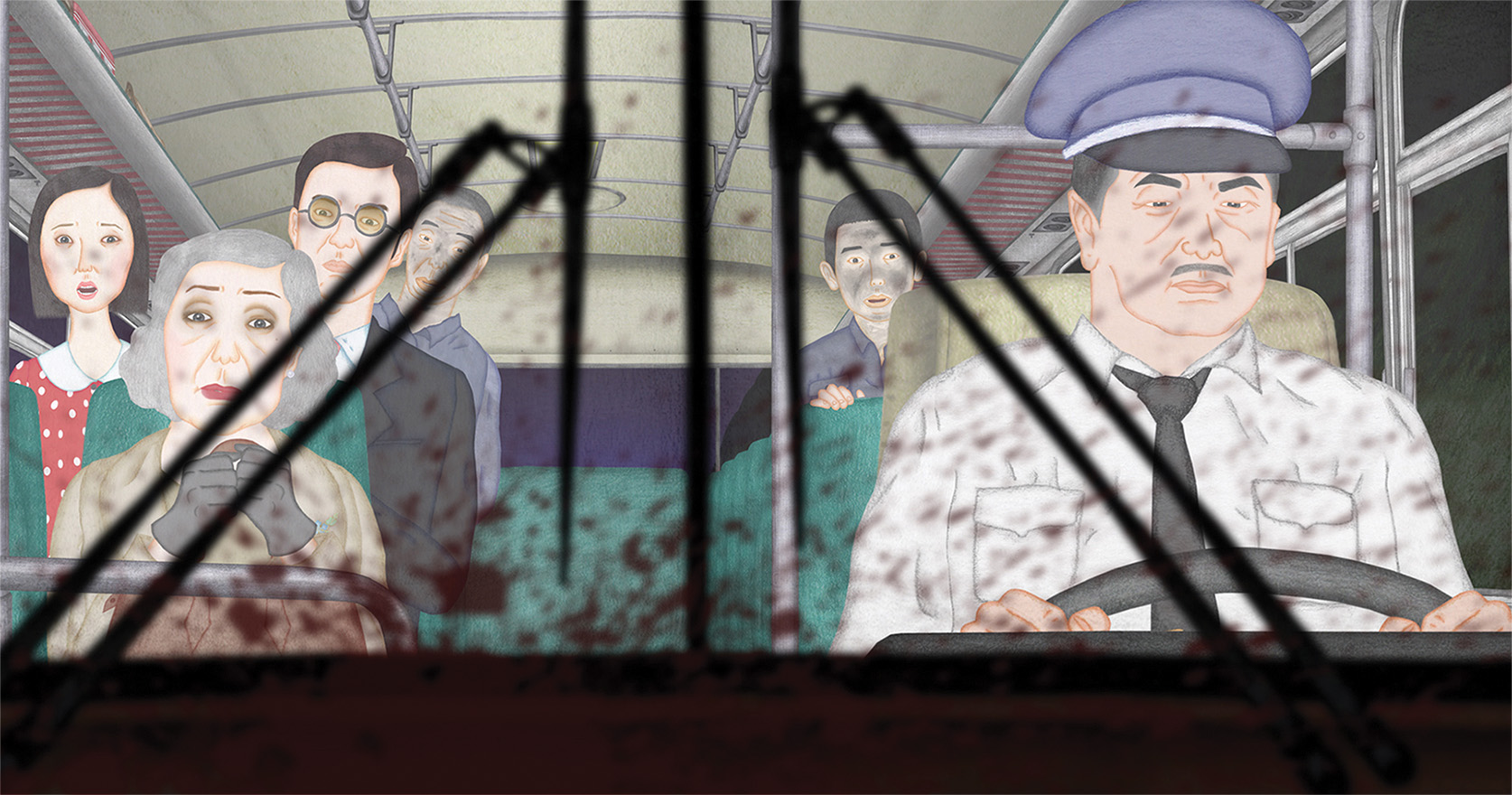 What do you think the future holds for short films?
I think short films will catch more audience attention in the future because people are now getting used to shorter and more precise contents and information by ways of social media. Short and brilliant ideas or creations capture audience attention faster and can spread everywhere in a matter of seconds. Also, short film gives more creative freedom and cost less to produce than feature film. I think there will see more and more wonderful short films in the world in the future.

If we were to go back into lockdown, what cultural delights would you recommend to alleviate our boredom?
Good question. We in Taiwan have been very fortunate with no lockdowns to-date given the good control of the virus. If we were to go into a lockdown, watching movies of all kinds on TV or through streaming will be a great way to learn from the masters, enriching myself for future creations. Also, since my background is in fine arts, looking at art creations of all kinds on line would be a great way to add to my own creation sense.

Networks
Festival Newsletter
Recent posts
Blog
Breakfast avec Night Bus (Bus de nuit)
Dernier verre avec Abada
All partners
Clermont ISFF | Breakfast with Night Bus | Clermont ISFF
class="post-template-default single single-post postid-35760 single-format-standard samba_theme samba_left_nav samba_left_align samba_responsive thvers_95 wpb-js-composer js-comp-ver-6.7.0 vc_responsive"
We use cookies on our website to give you the most relevant experience by remembering your preferences and repeat visits. By clicking “Accept All”, you consent to the use of ALL the cookies. However, you may visit "Cookie Settings" to provide a controlled consent.
Cookie SettingsAccept All
Gérer le consentement