What was the starting point for your film, Finale?
The film stems from several desires: talking to old people. I was raised by old people and have a certain fondness for them. I also wanted to work or work again with actors whose talent and human qualities I appreciated in equal measures: Chantal Joblon, François Chattot and Jean-Pierre Kalfon. In short, to make up a group of old people. And lastly an intuition about the space we accord the elderly nowadays. Out of our sight. Often in nursing homes. Marginal, in any case. The word “marginal” was the cue for my story. Rather than perpetuate the cliche about work being death, I wanted to deal with Chantal, François, Jean-Pierre’s vitality… and imagine them as a group of marginal old people. Old people who don’t want to be considered senior citizens. Old people with some rock ‘n’ roll in them, who smoke pot and still fuck. Like it was the last time. That’s the idea for this short film, its movement: the last time. More specifically, I wanted to talk about the last love, or rather about three last loves with a classical starting point: a husband, his wife and her lover. I didn’t want to make a farce, just the chronicle of a grimy day. The story of three people going against the grain at that day’s party, the finals of a day in July 2018.

You chose to set your film during a moment of great collective jubilation: the most recent World Cup Final. Can you tell us a little about that choice?
I like the idea of a deadline, the countdown towards a finale. That made it possible to place the film in today’s world, its fleeting events, and watch our three heroes being excluded from the party. I thought that was a pretty concrete way of showing them on the margins. That’s why we never see the game. It’s a background noise that erupts occasionally, pacing the film’s score. A sound made up of foghorns and fans yelling… The film also works on the friction between the jubilation we hear and the intimacy of the characters we see. 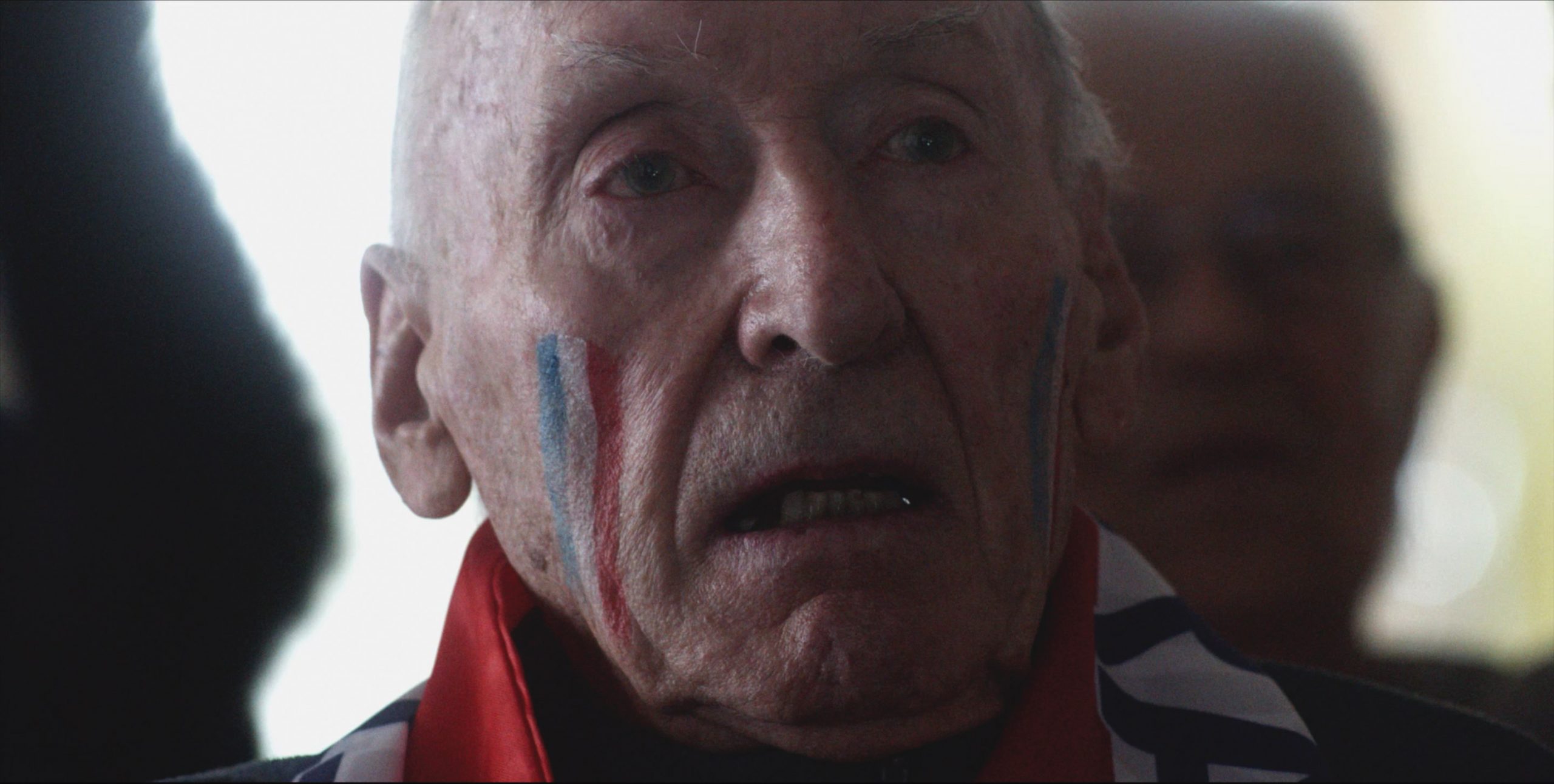 How would you qualify the presence that old people have on screen and the way they’re represented?
It’s almost non-existent. Nobody wants to see old people. We prefer to talk about the elderly, people in their twilight years or senior citizens. I find these terms antiseptic, almost abstract. They already smell of hospitals and nursing homes. As if we’re afraid of the other word, more direct, franker: old people. It’s not insulting to say old people, any more than saying young people. I didn’t want to film elderly people; I wanted to film old people. And in close-ups too.

Your film shows how your characters are infantilized, which doesn’t correspond to the reality of their existence, which is made up of anger, desire and rebellion. In that respect, it seems as though Finale deftly denounces this sort of injustice. Was that one of the aims behind your film?
I’m not particularly fond of denunciation… At the same time though, one of the film’s postulates is to show infantilization at work. After a certain point, you’re no longer identified as a productive, responsible person. You become a burden. Some desires are no longer appropriate for your age. Chantal, François and Jean-Pierre are also faced with absurd situations: whether in health-care institutions, with their families, the police or authorities… They’re lectured like teenagers. They’re asked to play a role more suited to their wrinkles: grand-father, a widow before her time… Their roles are completely reversed.

As a filmmaker, do you have a sense of responsibility in this question or representation?
While I agree with the notion of responsibility (even though it’s necessarily relative in the context of short films), I’m wary of the word “representation”. I don’t want the characters in the film to represent anything other than themselves… I.e. beings with desires, contradictions, touching, funny, strange even frightening looks. Wanting to represent a social class or ages through a character means turning it into a symbol, like a mascot; it means taking a position. Our responsibility as filmmakers is maybe already in choosing bodies that we rarely see on screen and having something to do with them, rather than any “for” or “against”. 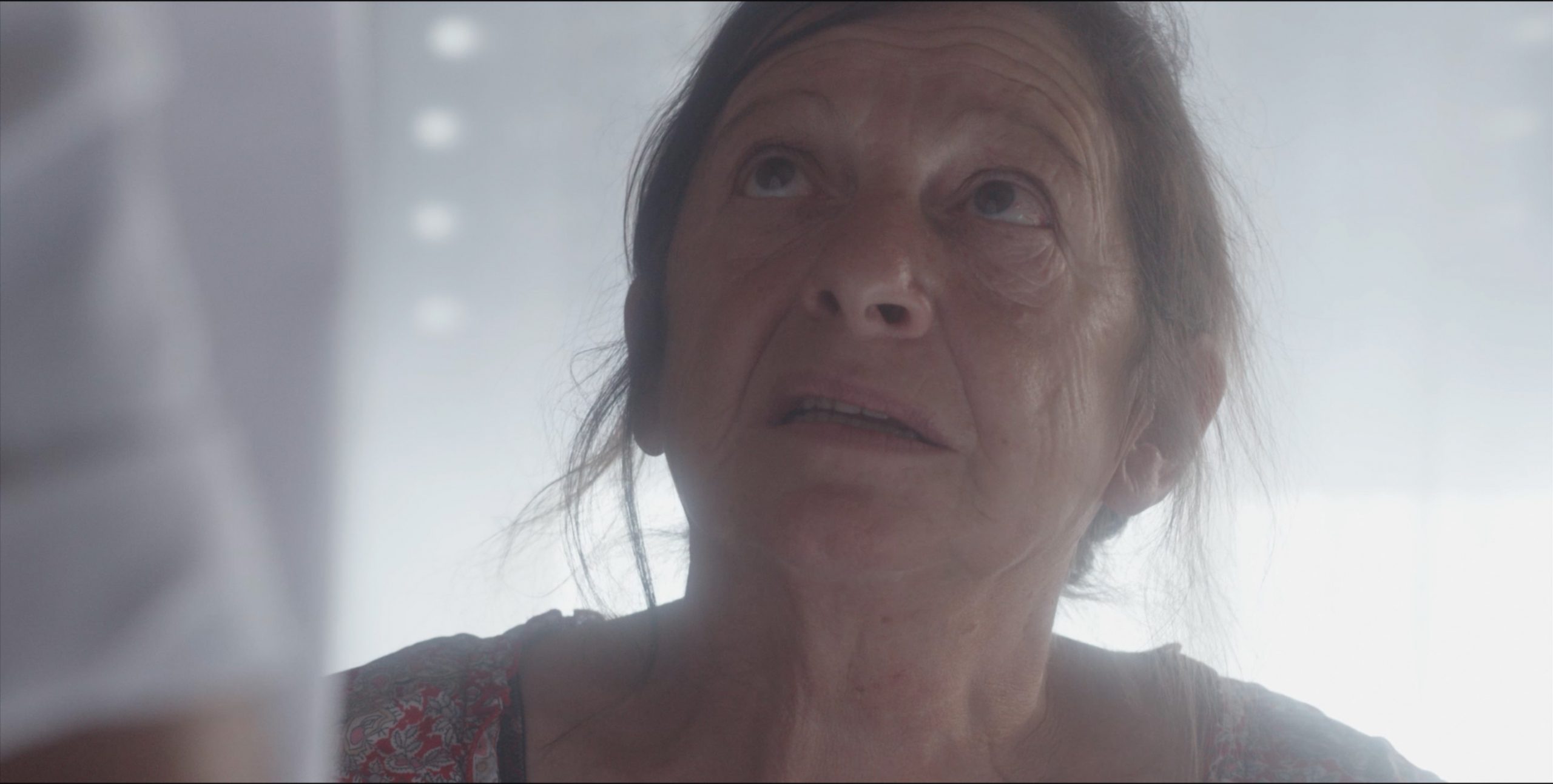 What do you think the future holds for short films?
Even though the question of the future at the moment greatly surpasses the domain of short film… There’s no reason that the short format won’t have a bright road ahead. On film, or digitally, in theaters or online platforms, whatever… As long as it’s always a place for risks, i.e. for exploring new narrative forms, for inventing new possibilities thereby making necessary the beautiful work of all those who distribute short films. It’s up to the production companies and filmmakers to beware that the format doesn’t become a mini-industry through professionalization (some people think it already has, but if that’s the case, it’s really the dumbest industry in the world, because it doesn’t bring in any money).

If we were to go back into lockdown, what cultural or artistic delights would you recommend to alleviate our boredom?
I don’t really like giving general advice, and in this particular case, I think one of the rare virtues of the first lockdown was rediscovering boredom. Boredom is sometimes really good, it makes for a break. Personally, as a cultural delight, cooking seems like a good option. A seven-hour lamb leg for example forces you to take your time, read a book while you check on the doneness… And if the book ends up being not so good, at least there’s still the lamb leg.

Finale is being screened as part of National Competition F9.

Networks
Festival Newsletter
Recent posts
Blog
Dîner avec Finale
Café court – Joanna Quinn
All partners
Clermont ISFF | Dinner with Finale | Clermont ISFF
class="post-template-default single single-post postid-38079 single-format-standard samba_theme samba_left_nav samba_left_align samba_responsive thvers_95 wpb-js-composer js-comp-ver-6.7.0 vc_responsive"
We use cookies on our website to give you the most relevant experience by remembering your preferences and repeat visits. By clicking “Accept All”, you consent to the use of ALL the cookies. However, you may visit "Cookie Settings" to provide a controlled consent.
Cookie SettingsAccept All
Gérer le consentement