Can you explain the choice of title?
I was interested in the idea of ​​carrying on the shoulders the meaning of life, while ascending to a point that allows us to see ourselves more clearly and from further afield. Metaphorically, rise to the call of the Apus, the spirits of the mountains and face their designs. While at the same time, humans desecrate those sacred spaces forged by nature for millions of years, as a consequence of the need we have to communicate with the gods. In return, we shed ourselves little by little, leaving blood, tears, fire. We burn life to ashes.

Can you tell us a bit more about these ceremonies? What drew you to it as a subject matter?
They are not the subjects of the film itself, I do not want to describe the celebrations or speak for them. I wish that the image and the sound allow us to witness the ritual before the invocation of our ancestors, those who walked through the same places before us. The interesting thing about this point is that as in all rituals, especially blood rituals, it is only fully witnessed by the person who performs the sacrifice, desecrating himself, and becoming an enigma that cannot be seen by everyone. 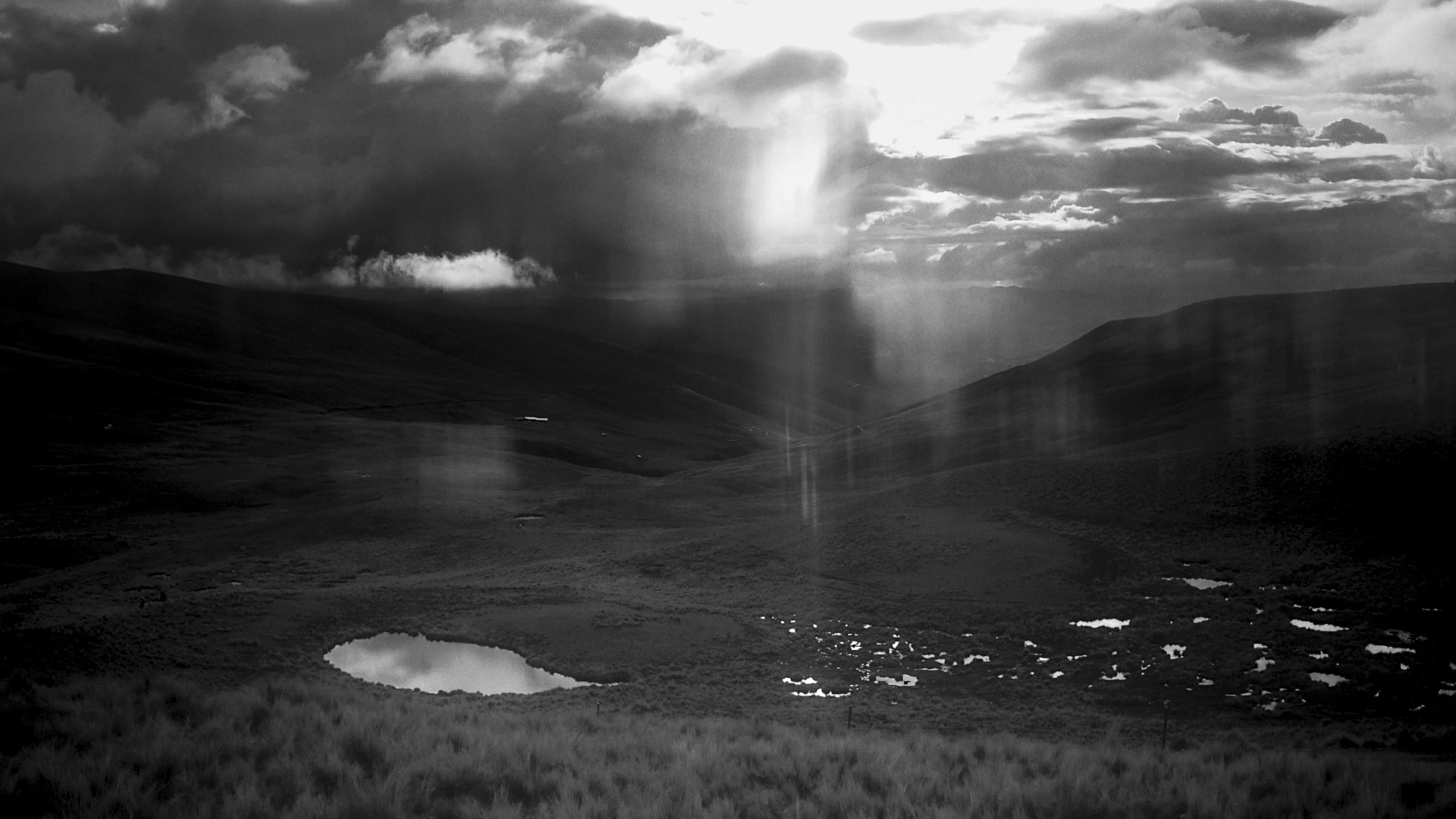 Why did you choose to include black and white sequences?
I feel that black and white is a synaesthetic container. The intensity of the light increasing, the movements in the rhythms and cuts of the edition are mixed and the transitions in the sounds imploding; all these gestures are full of memories, some more fleeting than others, allowing us to decide with which we want to empathize. I like to think that black and white activates the intuition of completing the information with one’s own, not everyone knows their instinct.

Can you tell us more about your choice of soundtrack, music, sound effects and so on?
Yes, Prin helped me pick up the vast majority of sounds in the streets, while we were walking, seeing a situation or heading to a particular place, all by chance. At that time I still didn’t know that was gonna make Cumbres y cenizas. As I explained before, I was interested in the idea of ​​the ritual, I explained it to Diego, the sound engineer, he suggested the idea of ​​living the trance only through sound, thinking especially about the silences, in order that the track of the audio could live by itself, without the need for an image. As he would say, “it’s another kind of world.”

How did you find shooting amongst all the people? and in those mountainous conditions?
I have always been quite shy and it is difficult for me to approach to people, that is why I am not good as a storyteller, and I have always found it difficult to photograph and even more to record situations with people, I think there is a lot of information with the scheme of going to a place and talk about what is not known, or what has not been lived, as if one had to speak for others. However, outside the vibrant core or the unknown to others, different types of moments emerge where people, spaces and nature seem to remain suspended and on the fringes of the maelstrom of what is happening, and those are moments that I have collected with great respect. It shouldn’t matter if you’re diving or if you’re hiking 5800 meters above sea level, that it’s just an anecdote. 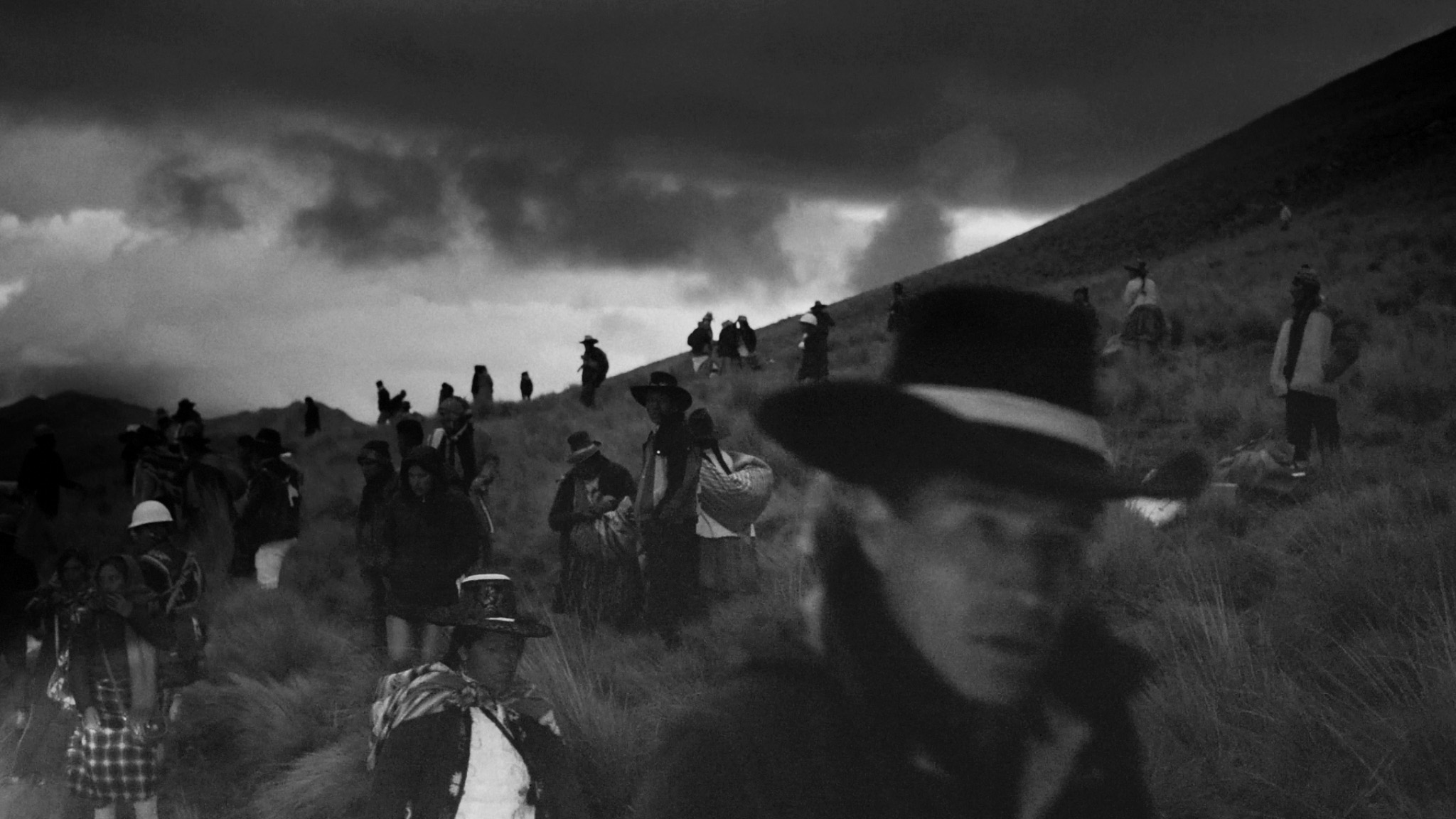 What do you think the future holds for short films?
I do not know. With all the chaos, pain and uncertainty, it is difficult and distant to think about that. However, within what remains of our humanity, before our next extinction, we will continue creating, screaming and making mistakes; I hope so. Perhaps that ends up being the most important act of resistance that we possess, if not the last, whether with short films, writing in our native languages ​​or sharing the food and seeds that we grow in our home gardens. The important thing is, that with it, the next humanity will be built, for sure.

If we were to go back into lockdown, what cultural delights would you recommend to alleviate our boredom?
Here in most of the southern hemisphere, lockdown is not an option, (and I imagine for several there in the north as well, probably more in the east), in Peru, largely due to the mediocrity of the government and our political gangsters as well as the media, most of the people have to work outside, in the informal sector, without labor rights or that can ensure at least that they will return home healthy. For me that question is very abstract because it makes me imagine that we all play under the same conditions, and it is not like that. If you get bored at home with food and heating, there is really nothing to add.

Cumbres y cenizas [Summits and Ashes] is part of International Competition I14.