What made you want to make Coffin?
We originally wanted to make a film with a short and simple story and to enjoy ourselves making an animation. We also wanted to make a film about an insomniac. Meanwhile, we came across a documentary on the cage homes in Hong Kong. The details and colors of these apartments inspired us for the background and context of the film.

How did you find the various nuisances that are portrayed in Coffin? Do you have personal experiences with these types of nuisances?
We were very inspired by the works of Seoro Oh and Masaaki Yuasa with regard to the visual representation of sound experiences.

How did you create the animation? What techniques did you use?
The film was mainly done in 2D using TVPaint. But as the film takes place in a single very detailed room, we created a 3D layout (on which we redrew) and a few FX in 3D. 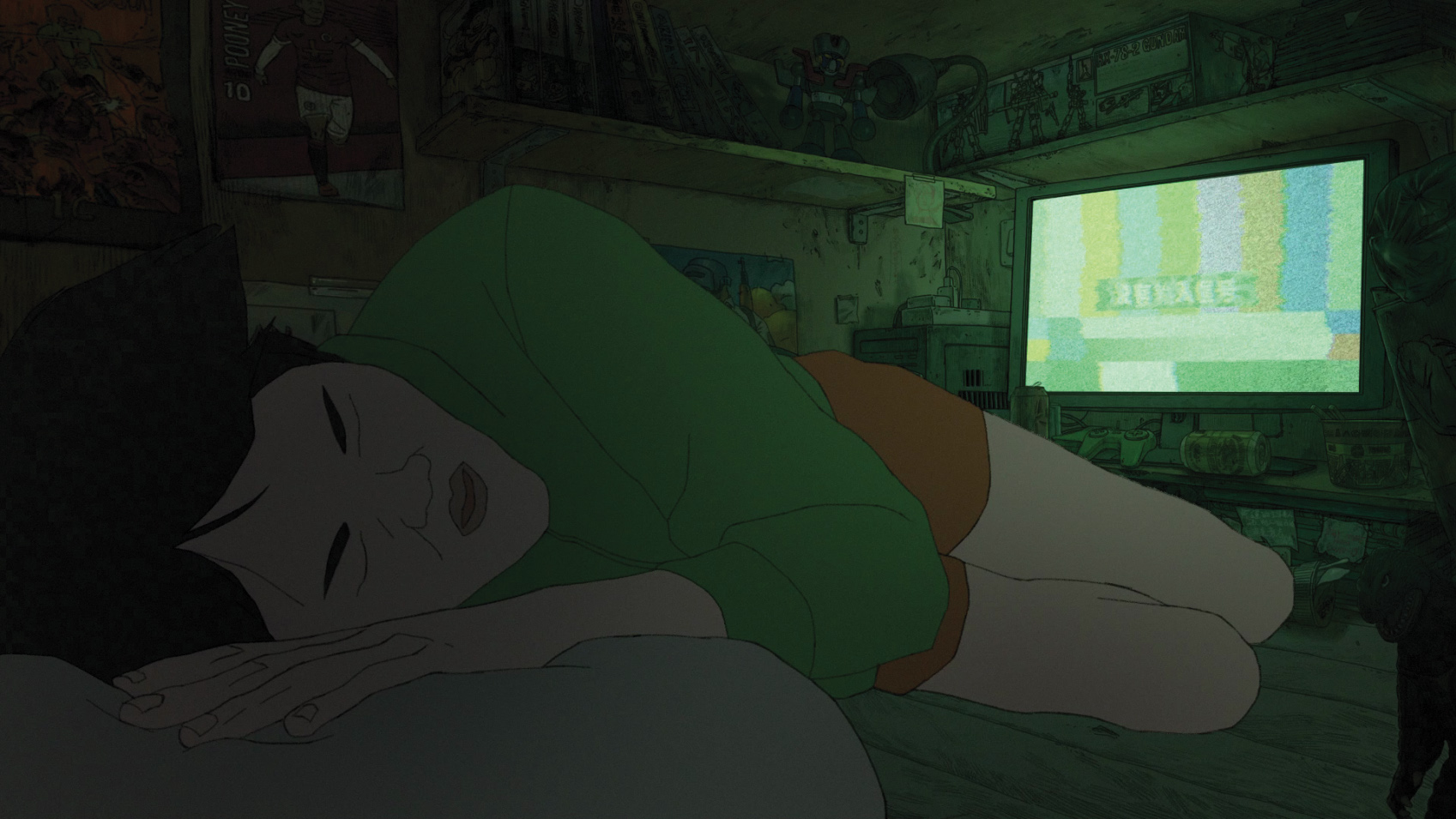 How interested are you in the topic of undignified housing conditions and forced crowding?
As an introvert who likes solitude, forced crowding is one of my worst nightmares. And even if the phenomenon of cage homes is more common in Southeast Asia, housing problems exist all over the world.

What do you think the future holds for short films?
As long as there are people who watch them, short films are made to last. Even more so with animation tools that are becoming more and more accessible.

If we were to go back into lockdown, what cultural delights would you recommend to alleviate our boredom?
Watch films and series that interest us, and cook.

Coffin is being shown in National Competition F9.