Interview with Wei-Lin Hung, director of K’s Room–the Creation and Destruction of the World

Why has Ke Qi-Hua’s life been an inspiration for this film? Have you provided English language courses yourself?
Ke Qi-Hua was a well-known teacher of English grammar in Taiwan. Despite that his book the New English Grammar has been one of the most popular textbooks for English learning since it was published in the 1960s, few knew that Ke was also the victim of the abuses committed by the police of the Nationalist regime during the authoritarian period, known as the White Terror period. I was drawn to the subject not because I had taught or learned English through his book, but because of my sudden realization while visiting the house of Ke Qi-Hua. For the past few years, I’ve been focusing on the theme of the White Terror. I thus have visited many related historic sites and museums in Taiwan, including the one of Ke Qi-Hua and his family in Kaohsiung. From the publishing house on the first floor to the living space above, the building has been kept and restored as if the family were still there. During the tour, Ke’s biggest son had recalled in an audio recording how he prepared himself before visiting his father in prison with his mother for the first time: he read the New English Grammar closely, from the first page till the end. That record caught my attention at once: in their reunion, the father and the son did not talk about the decade taken viciously by the nation and what they had lost and how they missed each other, but about the English grammar. Then I came to realize that the grammar, though it seemed to be regulatory and full of boundaries, was, in fact, the emotional bridge that connected the father and the son. That’s when and why I decided to re-explore the book and tried to decipher the secret codes Mr. Ke had put inside the New English Grammar.

How did you collect and select the archival materials?
I used two kinds of archives for the film. The first was the letters Ke Qi-Hua sent to his family from the Taiyuan Prison in Taitung and the Green Island Prison. The prison letters of Mr. Ke are now kept by the National Museum of Taiwan History. I’ve taken few quotes from his letters, especially from the greeting cards he sent for Christmas and New Year, and mixed them with the exemplary sentences from the New English Grammar that convey the yearning for his family. The second was the 16mm footage Mr. Valery Sergei de Beausset filmed when the U.S. and Taiwan officials visited the Green Island in the 1950s. National Taiwan University Library has collected the footage and released it to the public in the form of digital archives as Archives of Valery Sergei de Beausset: Mr. de Beausset Visiting The Green Island. Mr. de Beausset was the Project Manager from 1950 to 1957 of the J.G. White Engineering Corporation, a firm that tried to facilitate and to supervise Taiwan’s economic, industrial and societal developments as a substantial midpoint of the first island chain that stood against the communist power. During his stay in Taiwan, Mr. de Beausset had made lots of documents, photographs, and records with Taiwan at the time, including the ones I’ve used in this film. The 16mm films collected by Mr. de Beausset can be seen as one of the few, if not the only, existing footage of the Green Island and its Labor Camp in the 1950s. I used these clips to enlighten the complicated relationship between the R.O.C. government in Taiwan and the U.S. in the Cold War era after the Korean War ended. I also wanted to use them to stress how the situation between the U.S. and the two Koreas had affected the emergence of the White Terror and the sweeping wave of the anti-communist party. 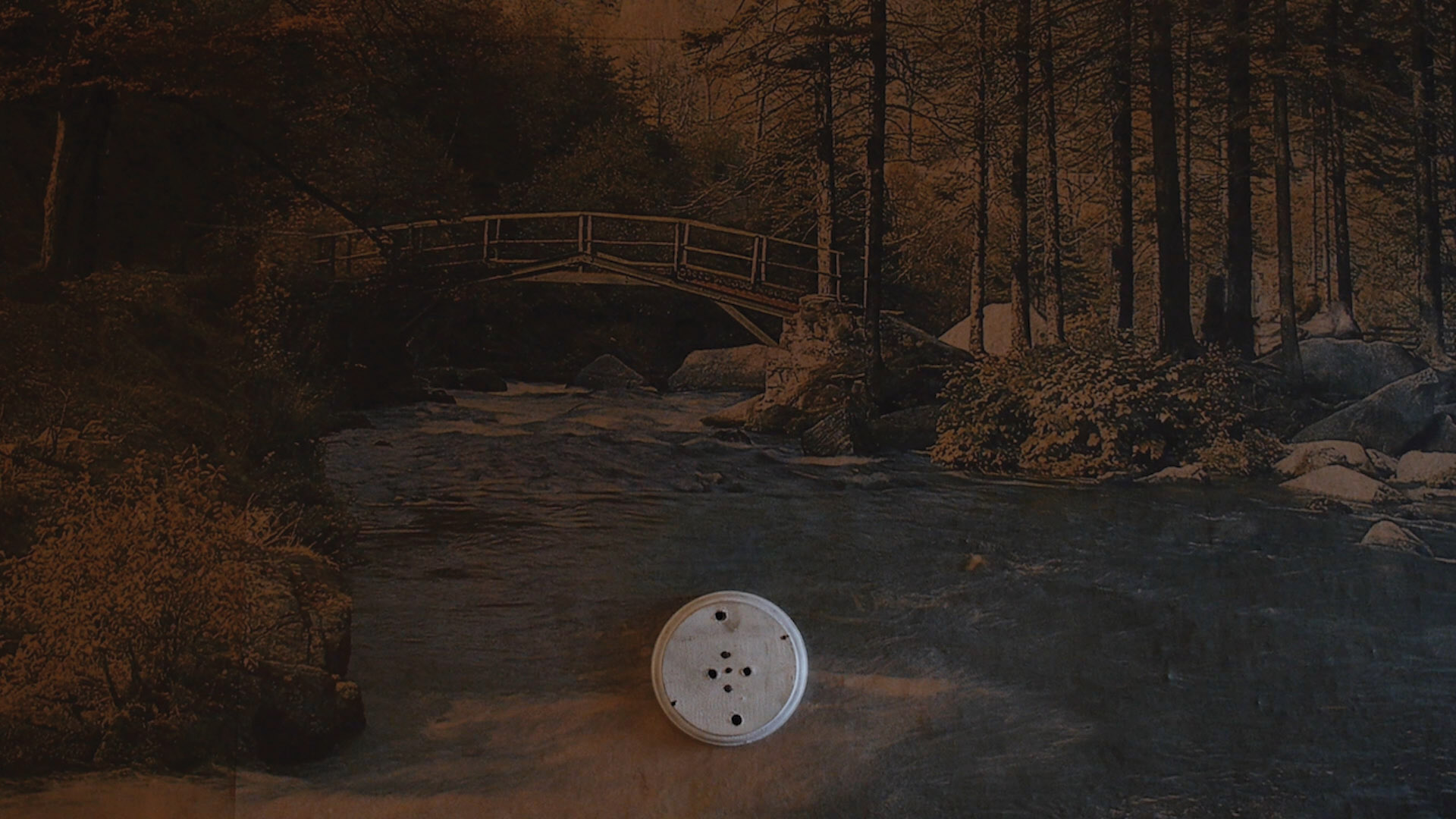 Why did you want to deal with a subject that enlightens so efficiently the obviousness of the omnipotence of governments on people?
I was born in the 1980s and grew up in the 1990s, and those happen to be the starting and the ending points of the martial law in Taiwan. I was taught and raised that we owned the rights and freedoms and all. But it was not true. After I started reading the materials of the history of Taiwan and gained knowledge about the White Terror and the 228 Massacre, and so on, I came to realize that I was living in a facade. We, the whole generation, are still haunted by the ghosts of the nationalist ideology we learned under the authoritarian regime. For me, dealing with this subject means to face the music that we were hurt and that we would need a prosthesis to restore the functions and the memories of the missing body parts and to complete ourselves.

How much are you interested in the question of persistence in this film and do you have further projects on this theme?
Instead of “persistence,” perhaps “being stuck” fits more the situation where Mr. Ke was in. But of course, your mind and soul can always be free while your body and language are not. The New English Grammar has been popular among the youths in Taiwan for over fifty years. Although Ke Qi-Hua’s body was kept and imprisoned for almost 17 years, his mind and thoughts have broken the bricks and gone beyond the walls in the form of an English grammar book. Through the book and language learning, the book also serves as the channel for the youths in Taiwan to reach out to the new world. As for my future projects, yes, there are certain parts that echo with this setting. My new project is a semi-fictional story of a victim of the White Terror who was abused while serving in the military. In the story, there is one clerk of the martial court who keeps writing judgments in a deserted prison cell and one wandering army ghost carrying a door panel symbolizing guilt. 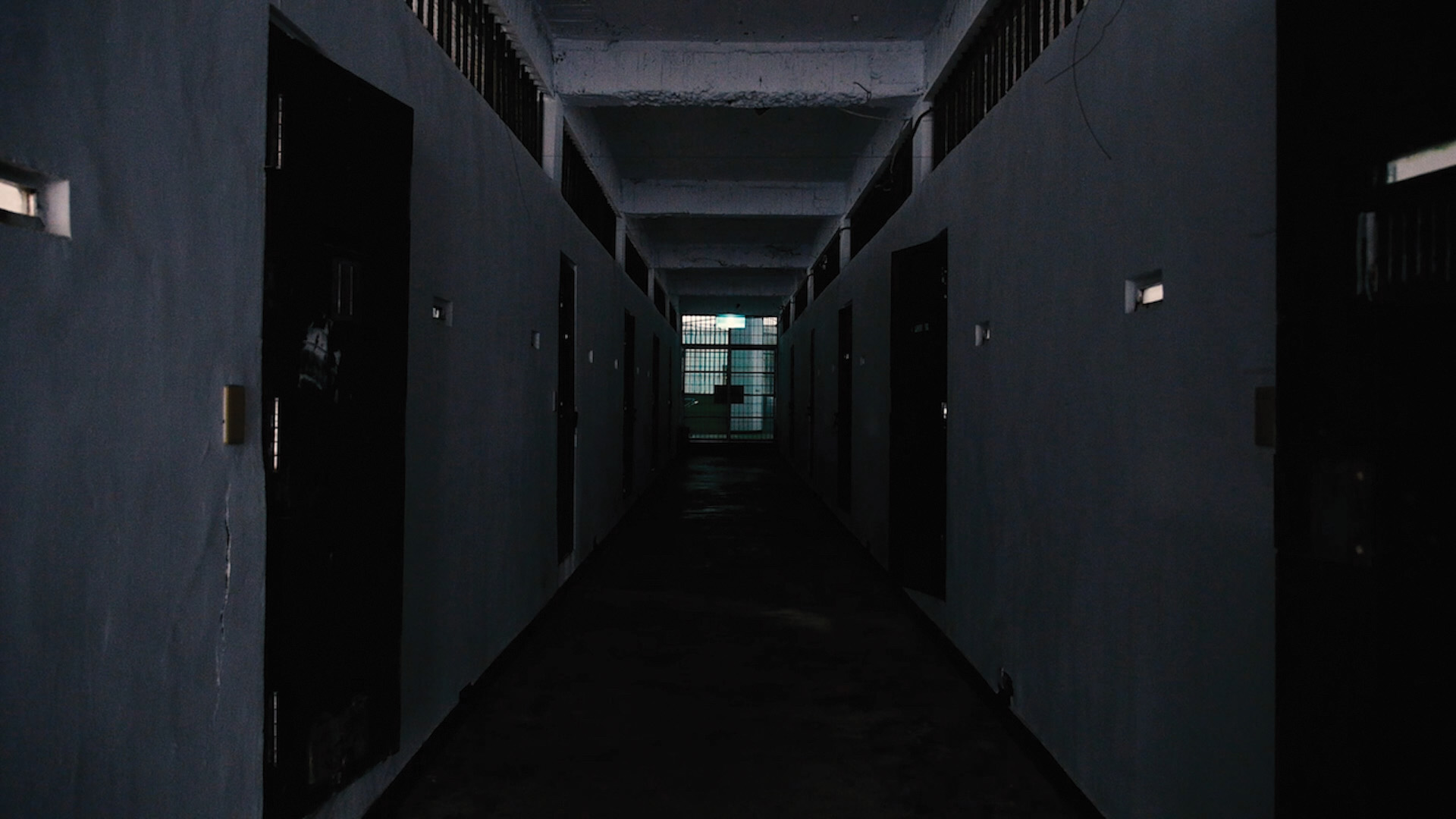 What do you think the future holds for short films?
For me, a short film is a form that can express ideas and thoughts with fewer restrictions. Despite the limit of the length, you can present all your thoughts in any possible way in short films. You can also be experimental and innovative to express your ideas or even to construct a new world. I think, or I hope, that short films can be a more unframed, unrestricted form of expression than it is now so that it can be able to break the existing rules of the definitions of “a film.”

If we were to go back into lockdown, what cultural delights would you recommend to alleviate our boredom?
My answer is, and always will be movies, movies, and movies. In the era when martial law was still effected, movies had been one way for the Taiwanese people to explore the world unknown to them and imagine a new world in the future. In response to the COVID-19 and the following increase of newly-produced movies, movie theaters in Taiwan decided to screen classic old movies in theaters. That has given us the opportunities to go over the masterpieces we had across the history of film. (In Taiwan, we can still go into movie theaters in person with adequate precaution measures.) So, lockdown or not, I think the cultural delight I’ll recommend for people at all times is movies.

K’s Room–the Creation and Destruction of the World is part of Lab Competition L5.

Networks
Festival Newsletter
Recent posts
Blog
Dernier verre avec K’s Room – the Creation and Destruction of the World (L’espace de K – La création et la destruction du monde)
Dîner avec Gare aux coquins
All partners
Clermont ISFF | Nightcap with K’s Room–the Creation and Destruction of the World | Clermont ISFF
class="post-template-default single single-post postid-37889 single-format-standard samba_theme samba_left_nav samba_left_align samba_responsive thvers_95 wpb-js-composer js-comp-ver-6.7.0 vc_responsive"
We use cookies on our website to give you the most relevant experience by remembering your preferences and repeat visits. By clicking “Accept All”, you consent to the use of ALL the cookies. However, you may visit "Cookie Settings" to provide a controlled consent.
Cookie SettingsAccept All
Gérer le consentement