Interview with Armand Lameloise, director of Je ne suis pas un cygne
[I Am Not a Swan]

Why did you decide to make a comedy about prostitution?

I didn’t decide that. When I started thinking about this story, what interested me was a sense of out-of-placeness, something along the lines of surrealism, night, Cocteau’s Les enfants terribles [The Holy Terrors], talking about a teenage girl coming to grips with a mother-figure so unlike herself. But I also wanted to do a genuine sequence from a musical. I wasn’t really thinking in terms of genres; I don’t know if this film is a comedy. I wanted to make an affectionate, funny, off-the-wall film. My film also isn’t about prostitution, at least not as the reflection of a social reality. It’s simply my main character’s student job, and I didn’t want to make any moral judgements about the profession. Pierre is a guy who’s sexually awakened and aware; he decided on his side job because he’d rather do that than work at McDonald’s, and he doesn’t seem to regret his decision. This is really a film about youth and desire, about a young girl who wants to grow up and uses her relation with him to try and reach out to or distance herself from an absent mother, or one who’s maybe too present in her life…

Could you have made the same film with a female protagonist?

Definitely, but I made this film specifically because I wanted to work with Axel Giudicelli, a young actor who was a student of mine in the Cours Florent. Axel has some quality that I find quite sexy – he’s certainly a wonderful object of desire!

In Je ne suis pas un cygne, your main character is pursued by three women. Where did you get the idea for this sort of polygamy?

I don’t think it’s really polygamy: Pierre only has one “partner” in the story, Anna. And anyway, the only thing that matters is freedom. Pierre is never cynical, he likes the people he meets. Anna is the girl he loves, Hélène is a client he likes, and Chloé is like the little sister that everyone wishes they had.

In Je ne suis pas un cygne, you discuss deception and lack of understanding in mother-daughter relationships. Why did you want to show this type of failure?

That might be the only autobiographical aspect to the film. It can be complicated for a child, just as it is for the parents, when you’re growing up in a situation where your parents have lost whatever it was they hoped for during the pregnancy. The idea of having been secretly adopted, or found on the doorstep is common to many children, I think…

Well, maybe not, but I grew up with that idea, which I still get a kick out of. I don’t have children, but I imagine that when the first one comes (and I’m the eldest of my siblings), you consciously or unconsciously project a lot of yourself onto your child… and sometimes you still end up with a child that seems totally foreign to us. Life is not a long, quiet river!

How did you get the idea for the sequence featuring “Killimandjaro”?

I live by music, and especially songs. In fact, I live only by music, to the great detriment of my friends and family. Silence is totally unfamiliar to me. I always use music and songs to write. My dream is to make a musical. The moment a story gives me the opportunity to work with songs, music or dance, I’m there. And the narrative logic seemed to warrant tumbling into a dreamlike sequence right there… and through the empty whiskey glasses, it seemed completely believable to me.

Some ten years ago, I wrote a musical that my producer of the time was unable to find financing for. It was based on the repertoire of French music from the 30s to the 50s. I listened to a lot of music then, Fréhel, Marie Dubas, Annie Cordy, Bourvil, and some, like “Kilimandjaro”, continued to rattle around in my head…

Do you think we ever finish growing up?

It’s a matter of choice. Some people try to turn their backs on their childhood and break free of a time that might not have been so happy. Others try not to grow up too much… One of the foundational films from by youth was Volker Schlöndorff’s The Tin Drum. I make every effort not to grow up too much, not to become too serious, and to make films that allow me to maintain a bit of that child’s spirit.

Did you write Je ne suis pas un cygne the way it is, or did you consider it a part of a larger whole, with a “before” and an “after”? Did you want to show the various turns that led Pierre to take his particular route and / or develop the question of a love story?

The script was always twelve pages long. My imagination never went any further. The film is an apt reflection of the script. It’s the shortest film I’ve written. In fact, it’s the only short film script I’ve written that did not make me want to develop it into a longer project. I think it’s the right length. 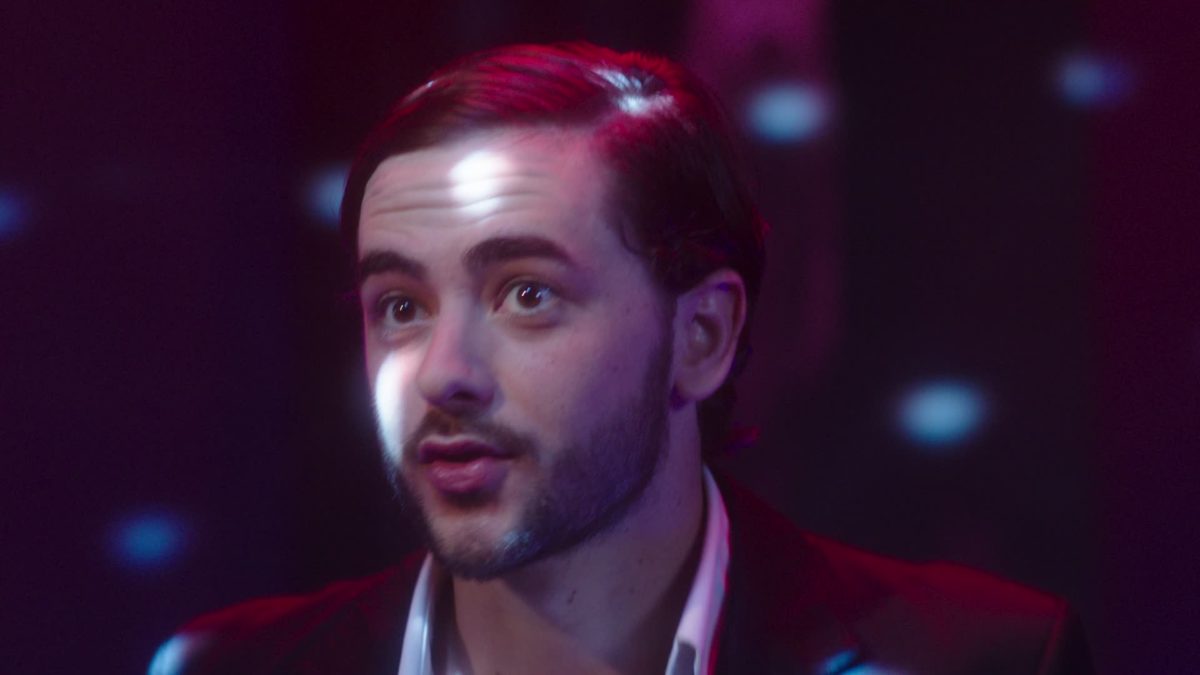 What would have changed if you’d placed your character in a rural setting rather than in a big city?

I lived in Paris for a long time and now I’m in a hamlet with fifty inhabitants, in the middle of nowhere. The film is self contained, so I don’t think that would have changed much. Well, ok, no, the trips would have been longer, since life in the country is all about distance…

Your main character shows almost no emotion and seems content to live by prostitution. Why did you want to create that sense of detachment?

That’s what caused me the most difficulty in the film: I was worried that Pierre would get swallowed up by the female characters. Pierre is at home in his skin; he’s a good kid, and that’s not the easiest type of character to portray in a film. I needed a charismatic actor. I imagined the character a bit like the way Paul Morrissey must have worked with Joe Dallessandro. Using him carnally, physically.

With regard to the music and songs, how do you make your selections, and did you immediately think of “Killimandjaro”?

“Kilimandjaro” was a very quick and obvious choice, so obvious in fact that I naturally listened to a ton of other songs just to make sure. But it was always that song that came back. The most difficult part was the arrangements: since the song is from the end of the 50s, we needed to give it a youthful makeover without damaging its poetry, its surrealistic dimension. I’m not a musician, but I had already worked with Jean-Jacques Nyssen, the song’s arranger. I knew we automatically understood one another.

Do you think short films are effective in questioning the meaning of family and of “macro” social units?

Of course, but no more or less so than feature films. There’s all movies after all.

Je ne suis pas un cygne was either produced, co-produced or self-financed with French funds. Did you write the film with this “French” aspect in mind: making movie references, building a specific context (in a particular region, for example) or inserting characteristically French notions?

I am totally French. I don’t travel much, I don’t speak another language. I’m not proud of that, but that’s how it is. The films I like, the actors that fascinate me, are very often French. It’s a culture that I adore, so that works out.