Spotlight on the 2019 poster

All at once he pays tribute through this multilevel projection to the great classics of cinema, to the Festival as an open window to the world, and most importantly to the viewers who have been the Festival’s heartbeat for over 40 years. This sketched juxtaposition of people and the world merging together in this now intimate building courtyard gives rise to a new, shared reality on which we can project our own dreams, fantasies and hopes. For cinema is also this: a mirror held up to the audience.

A guest of the 2018 Festival, he shares his line of thought, and of pencil, in this interview: 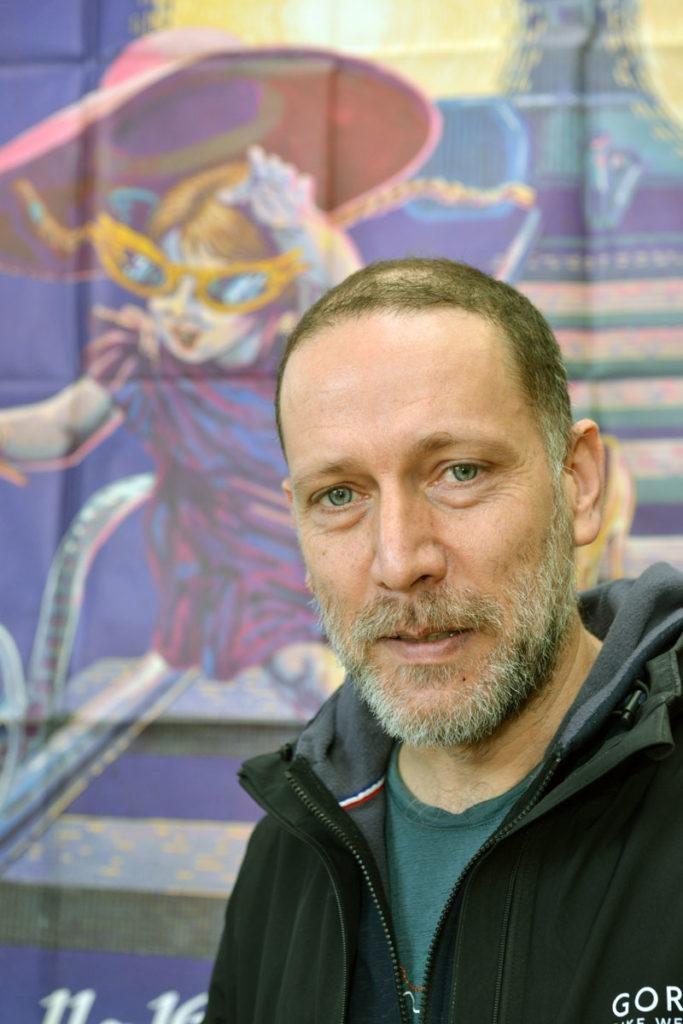 Rémi Chayé during the opening of the art exhibition “La 1ère image”, dedicated to the 40 posters of the Festival, in February 2018. © Sauve qui peut le court métrage, Rémi Boissau

“During her appearance in the opening ceremony of the 2018 edition, the film-maker Dyana Gaye spoke of the Clermont-Ferrand Short Film Festival as “the place where the most windows are opened upon the world”. I was seated in the theater as a guest of the Festival, there to understand the spirit and atmosphere as well as to find ideas for the following year’s festival poster. At that moment, I decided that it was an idea to pursue.

Returning home, I explored the idea of people looking out of a multitude of windows opened to a multitude of worlds without finding anything interesting. Then, I tried to combine this idea with another, based on a play on words on the courtyard theme. Court métrage (short film), courtyard, courtyard window. I drew a few sketches of courtyards from different angles and of different sizes, but it was a dead end. The evocation of windows returned to me and took control: I like working with reflections, shadows, light.

The catch is that the Festival takes place in February at a time when bright colors are in short supply. Would the festival team accept an idea in shadow and in light? Settling on this idea, I would have to twist the light to bring out as much bright color as possible. All that is left is to paint it, no small affair especially as I have to leave the register of light and shadow to work with more saturated colors.

I hope that the Festival team and the audience will see themselves in this poster and that it speaks to them of their rapport with cinema, pictures and the way of watching films, with the same fervor and enthusiasm that they have demonstrated for the last 40 years.”