What drew you to make a short about this encounter between the main character and the cashier?
I think ultimately it is the “insignificance of an event”, and how tragic it can be, that drew me to make this film. How something can mean so much and after many thoughts lead to just a small gesture. In this case, a boy intrigued by a rumor and a cashier giving a candy for free. Yet these “insignificant events” start creating a rhythm from which we follow the characters through the neighborhood. Bit by bit, we learn and construct ideas around them and their world. It becomes the window from which we can project other themes like statelessness, longing for connection, class relations etc. The idle sister on the balcony, the cashier and the supermarket, the stores of the wholesale district. They are part of the world I wanted to create more than the actual encounters that are fleeting at best. The relationship between the characters and the places that surround them becomes so important. This is I think what the film turns out to be about, a homage to the many lives in El Once neighborhood through the lens of my recollections.

Why did you choose this title?
During my research, I heard a story about a person whose name was supposed to be Pinpin. At first, I assumed that it was a mistake or a type of mispronounced fabrication without a connection to Mandarin. Months later, when I was about to finish the film I started doubting how to name the film and after a long phone call with a friend, he pushed me to look the meaning of “Pinpin” on the internet. To my surprise the word was not a name but an encapsulating concept for the film. “Pinpin” can mean: again and again, or over and over again. On one side, we have the character of the cashier watching CCTV footage over and over again, which is quite an interesting coincidence, but on a more conceptual level, the film was conceived as an accumulation of scenes that could all be played as loops. The conversations, the groceries, the smoking on the balcony, the sharing of an elevator. These are all things that happen over and over again. This for me is perfectly communicated with the way the word “Pinpin” sounds, which one can repeat endlessly. 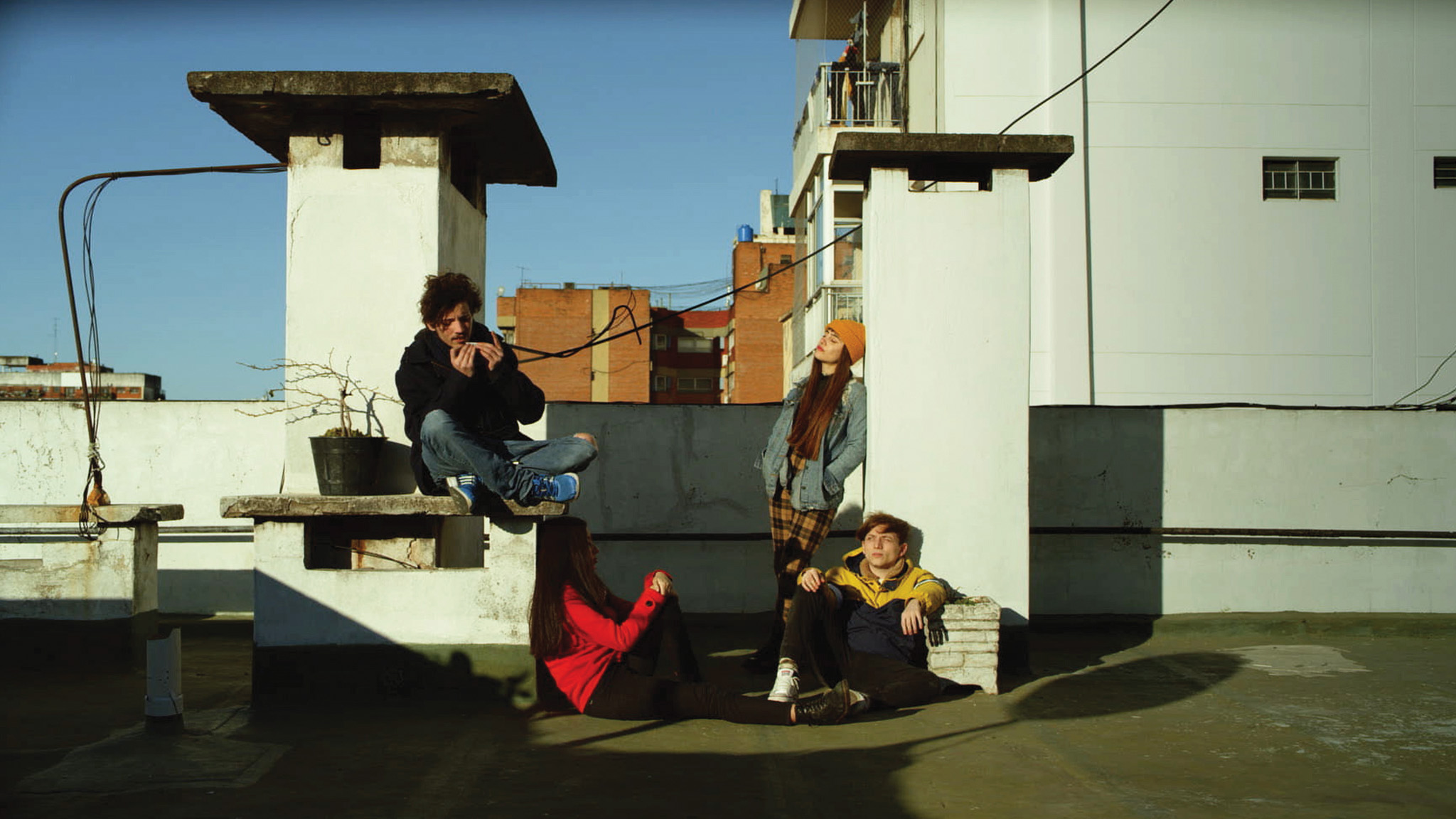 How did you work with the actors in terms of character development?
I think I start the process of character development from the casting. For me casting is a way to get in-sync with the people I will work with. More than table-reads where we go through the lines of the script, I am interested in their own life and how it potentially parallels with the narrative I have in my mind. Utilizing their own background and their own way to relate to the themes of the movie we build together a common language. I think this works both for experienced actors as well as for non-actors. I think that it is very important to understand that most of the characters in the film have had such different lives and come from such different places from myself. So the actors representing them know more about the character you are making than yourself. This is why I think it is essential to be able to listen and learn during this part of the process.

Can you tell us a bit about the co-production process involving Argentina and the USA?
I will start by stressing that it is not an easy task to make a film thousands of kilometers away with a limited budget and dealing with industries and people that culturally have different ideas about what filmmaking is. Or at least not for a short film. In the pre-production stage in the US, we were mostly dealing with paperwork, insurance and safety. Sometimes with asphyxiating consequences. This was mostly the difficult task that Lindsay Calleran (USA producer) took on. But as soon as we arrived in Argentina with only a camera and a script, we had to start dealing with a whole other type of beast. Things went from formal to personal. In a very short period of time, we needed to gain the trust of a wide variety of collaborators. It was when I met Florencia de Mugica and Lucia Shapochnik (Bomba Cine Argentinean producers) that things started to fall into place. Soon I learned that making a film for the first time in my own country and in the neighborhood I was raised, was the true meaning of the project. That behind all the choices and challenges, there was this sensation that we were making something that had a personal value for people involved. In fact, a few days into the shoot, something beautiful became apparent. Even if the crew was composed of very different people from different countries, communication was no longer about language. It was no longer about words or concepts rather about bodies moving together. I think this was most precisely coined by the sound recordist Facundo Giron when he said: “We are not shooting. We are ‘jazzing’”. 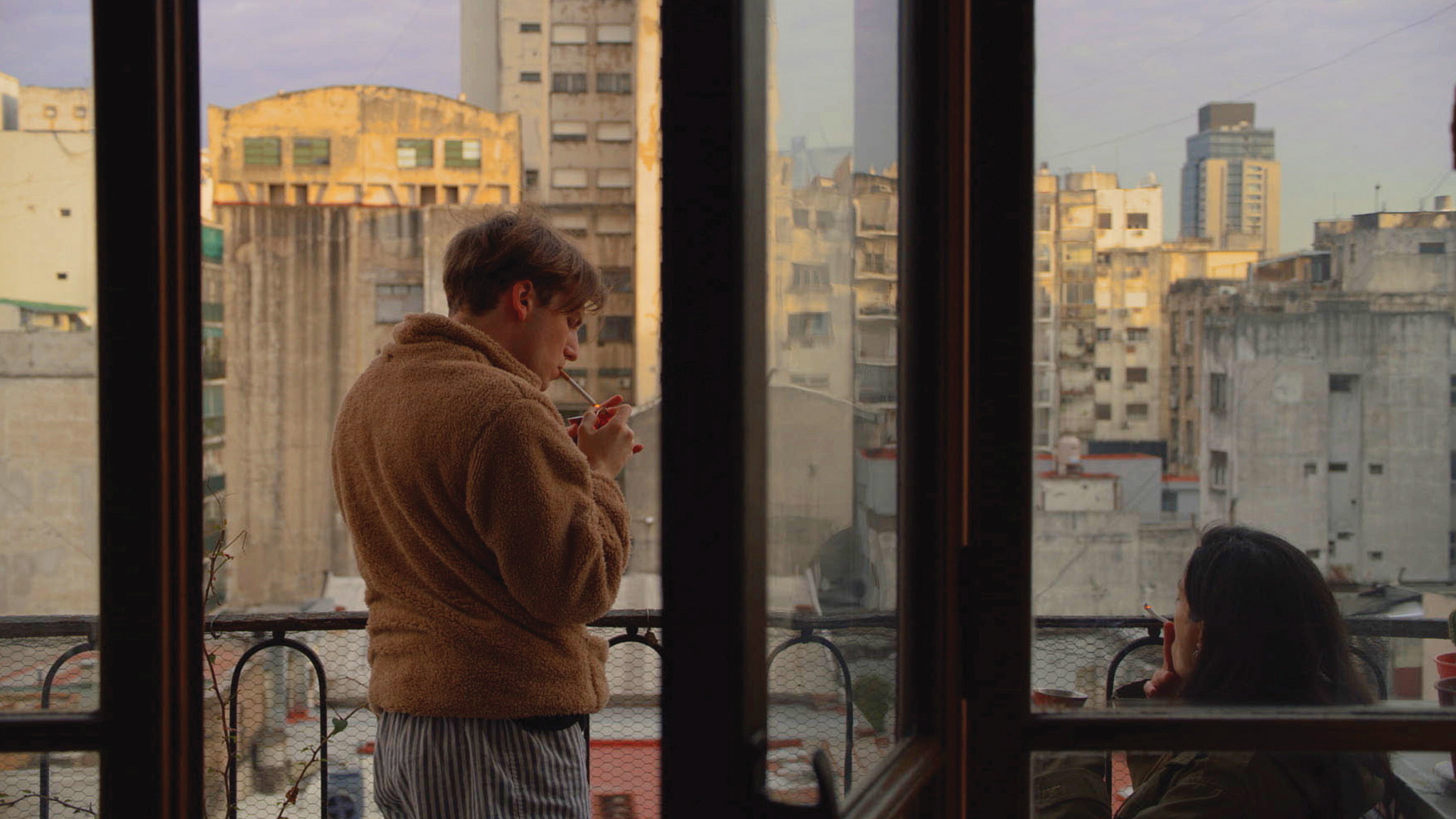 What do you think the future holds for short films?
I think that in a certain way, every short film is an attempt to answer that question. Or at least the ones I admire most. What I found important in the process of making Pinpin was to explore the relation between digressions and what is strictly narrative. Allowing the camera to wander and to be in places that don’t add directly to the plot of the film. Often in short films, things seem to be streamlined and hyper focussed on what pushes the plot forward. But for me rather than making a film that “works” I was interested in creating something that lingers. To create the feeling of doors opening up… So from this perspective, I would say that the power of the short comes from its experimental freedom to play with narrative, ideas and aesthetics. But inside your question I sense maybe a more urgent one: what is the place for the short film in the future? Is it the festival? Is the VOD the place? The theater? The museum? Or just a link on Vimeo or stored in an external drive? In many ways, this defines what a short film will be like. It is not the same to see something in a theater than in a gallery, or on a laptop. As COVID-19 took hold of the festivals around the world and many got cancelled, the theater and the festival came into question so the experience of a film changed. I felt suddenly the need to make different versions for online than for theatrical presentations. At the cinema, the director decides when the film starts and ends. Even when the lights go on. On a laptop the director decides when it starts, but the viewer can scroll through or quit. In a gallery, someone can come in at any point and leave at any point. In each form of presentation, the film cannot be conceived the same way. So when we ask the question about what the future brings, an answer can be found in the multiplicity of versions. A film is not only a film, but it can be a multiplicity of films, that all live somewhere in the universe of its material.

If we were to go back into lockdown, what cultural delights would you recommend to alleviate our boredom?
In all honesty, in these times, I am less interested in discovery of new things and more interested in rediscovery of old things. I long for the familiar. This has made me watch and rewatch older films and classics, with a particular interest in period pieces and fantastical genres. They depart from realism in more joyful and exciting ways than current films. At the moment this has led to the making of a small vampire film inspired by 19th-century literature and early cinema.

Pinpin is part of International Competition I6.