What inspired you to create Pulsion?
I spent a week in a theatre that welcomed us with a group of actors. We had to work in the room but had no funding for set design. I decided to work with actors on filmed improvisations on the theme of performance in natural spaces. I wanted to film people who would have discovered that the end of the world was imminent. I wanted to see how this news would or would not upset their daily lives, and what their reactions might be. The actors would come and go during that week according to their other commitments, and on the last day there was no one available. I asked the music composer to come and do the sound. I asked Leon, our stage manager, to sit next to him and, starting from the same point as with the other actors, we began shooting the film.

What interested you in the relationship with the sound and music?
I wanted to create a drama without dialogue by relying on sound. 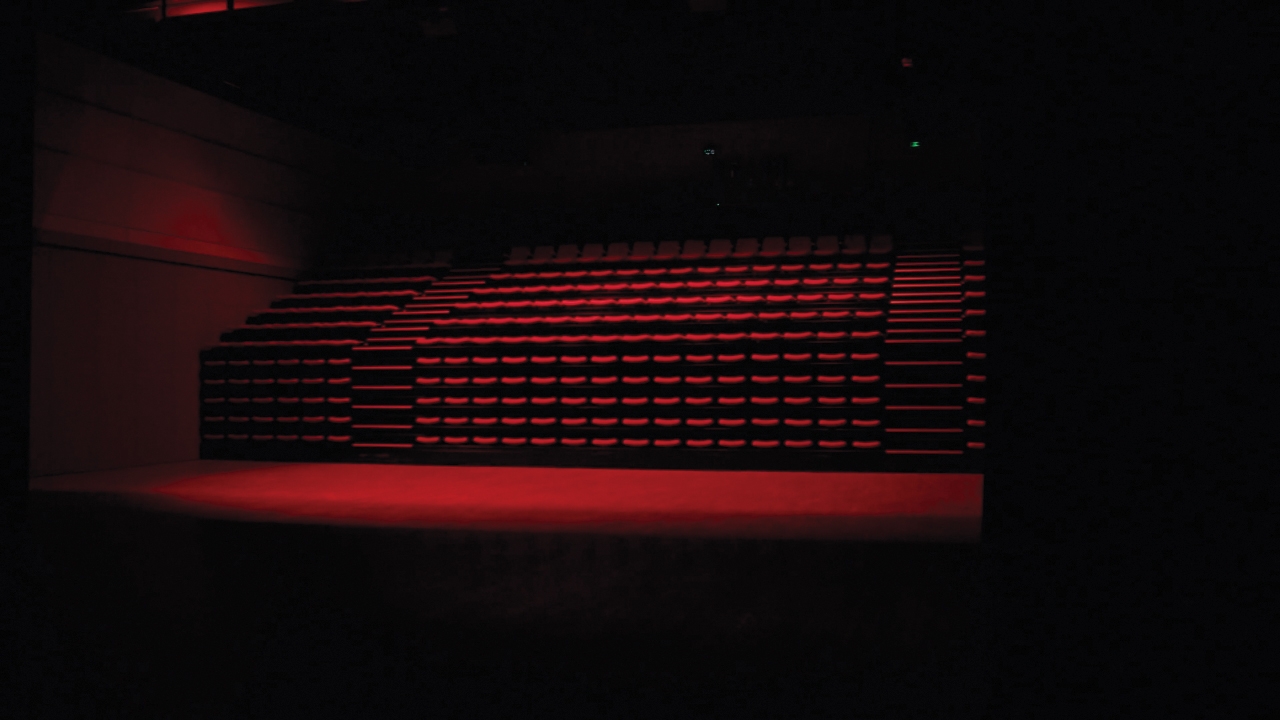 How did you approach the framing?
I didn’t take framing into consideration. Having very little time to shoot, we always chose obvious framings since we had to cut as little as possible in order to be able to finish on time. When I think about it, I think the main objective of the framing choices was to make people believe that these two guys were alone and that we have no idea of the world that surrounds them.

Where did the shooting take place?
We shot in Bellac in the Limousin. A charming stopover village where we were welcomed by the Théâtre du Cloître.

What do you think the future holds for short films?
A very bright future, I imagine. This format is the necessary choice for many stories and creative endeavors.

Pulsion is being shown in Lab Competition L4.

Networks
Festival Newsletter
Recent posts
Blog
Dernier verre avec Pulsion
Dinner with Vas-y voir
All partners
Clermont ISFF | Nightcap with Pulsion | Clermont ISFF
class="post-template-default single single-post postid-36305 single-format-standard samba_theme samba_left_nav samba_left_align samba_responsive thvers_95 wpb-js-composer js-comp-ver-6.7.0 vc_responsive"
We use cookies on our website to give you the most relevant experience by remembering your preferences and repeat visits. By clicking “Accept All”, you consent to the use of ALL the cookies. However, you may visit "Cookie Settings" to provide a controlled consent.
Cookie SettingsAccept All
Gérer le consentement