What inspired you to make this film without characters?
I’ve been working in 3D animation for many years, but I have a problem with the representation of human beings using this technique. I find that it’s not suitable, and it’s very rare that a character is well incarnated in 3D. It may be a professional distortion, but when I see a man animated in 3D, I see curves, parameters, work. So, almost by default, I explored the mechanical and repetitive movement of machines, which is much more consistent with the 3D tool: cold, precise, and digital. Most of today’s machines have been conceived and designed using 3D software, so no one is deceived by using the same software to stage them.

What interested you about the automatic and perpetual operation of the moving machines in Empty Places?
First, the purely kinetic side: the repetitive and hypnotizing movement, the pure pleasure of the movement in itself. Cinema is first and foremost a range of colors that move on a screen. (Moreover, the foreground of the film is a nod to an optical process used by Marcel Duchamp to create visual loops: rotoreliefs). This corresponds to the first part of the film.  But I decided to make a precise choice in the type of machines represented: only automations that help humans on a daily basis, in the public space. This allowed me to bring the film, in its second part, by a simple movement of zooming out, towards a more social message, towards a hollow representation of humanity. The desperately repeated animation of these solitary machines, normally dedicated to people, takes on another meaning. 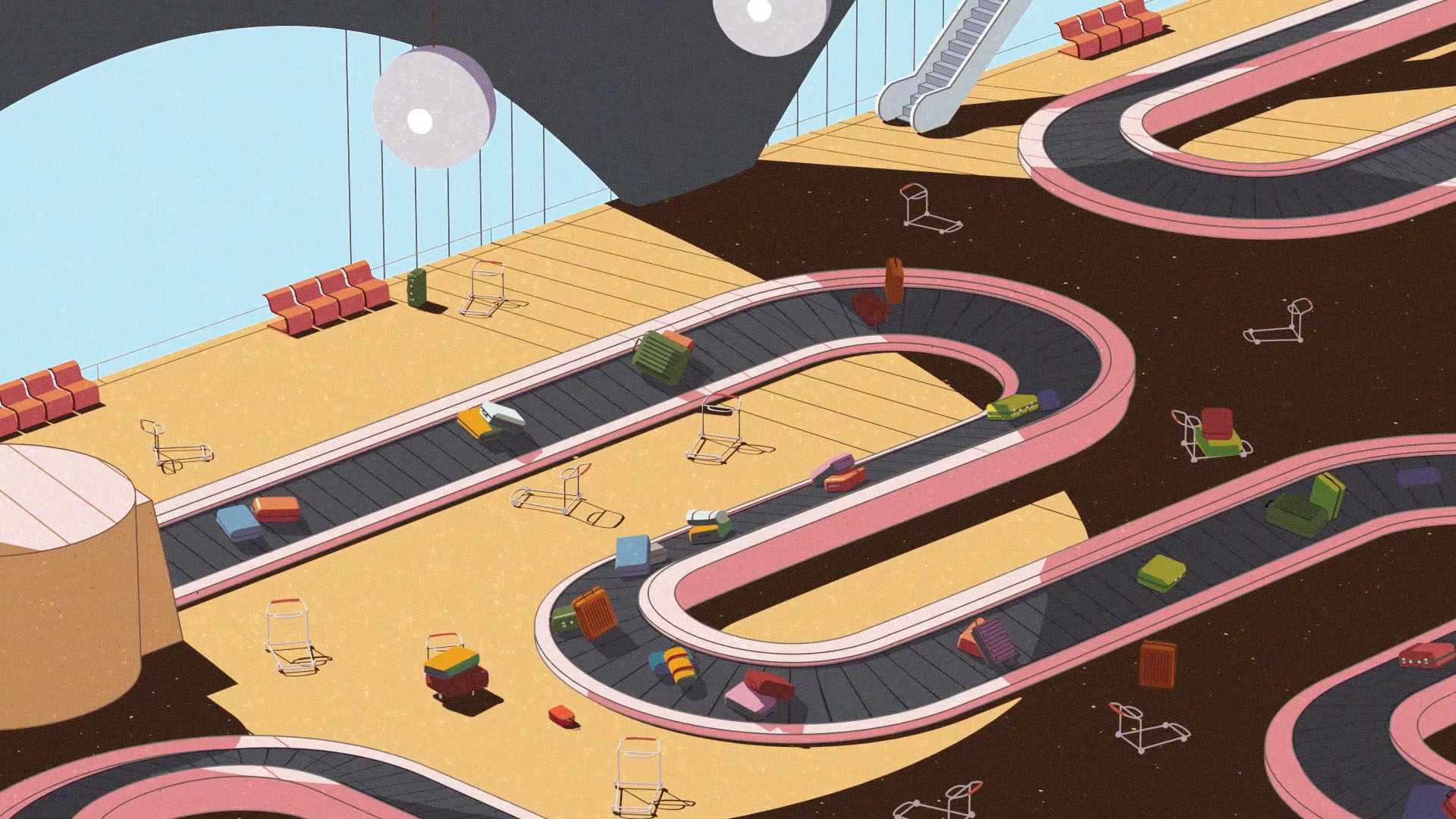 Have you ever wondered if the computer, a machine that executes programs, could create films in automatic mode, without animator or editor?
I tried to automate the manufacturing process of this film as much as possible: the animation is made with curves in a graph, it is automatically repeated in a loop. Modeling is done as much as possible with basic forms: circles, rectangles, spheres. And the textures are procedural, that is, generated by the computer from purely numerical parameters. But, of course, this is a far cry from a computer-generated movie. On the other hand, there are already algorithms that make films on a given theme (editing, choice of images and scenes, music), by going and digging up images on the Internet. In general, these programs seek to replicate the most “liked” creations. So it’s not exciting in and of itself, except perhaps in how to divert them. That would be a good topic.

When did you choose the Beethoven composition as your accompaniment? Have you tested the possibility of hearing the noises made by these machines?
I was looking for a piano piece, because it’s a very mechanical instrument. It’s a machine. I wanted a loop structure, but with variations bringing emotion, a human and emotional side that is in the film despite the absence of people. This work by Beethoven came very early, but I thought I would use it only for the model, because it is a bit too well-known in my opinion. In the end, I didn’t find another one that met the criteria as well. Regarding the noise of the machines, they are present in the soundtrack. The sound mix, intended for movie theaters, might make the machine sounds less perceptible on a computer or tablet. But when the film has the fortune to be shown in theatres, they are there. 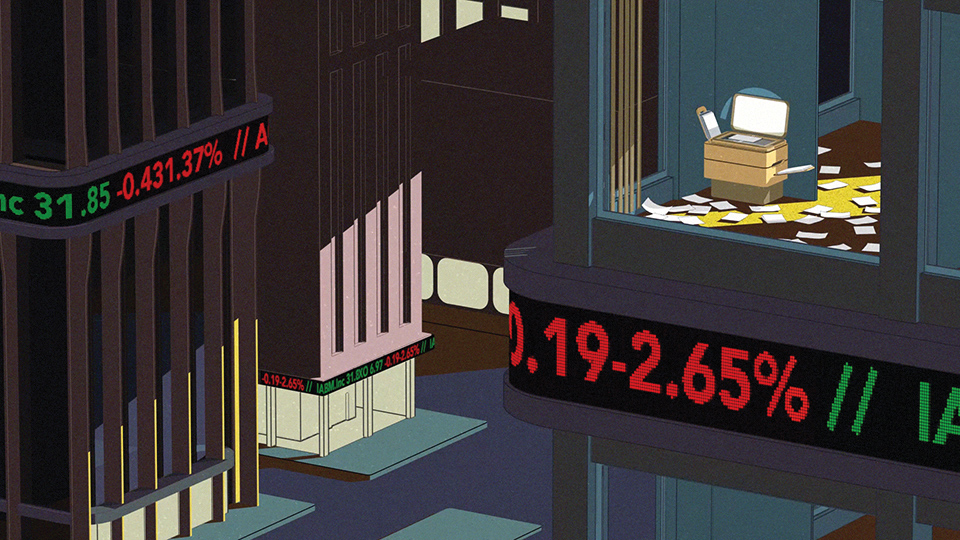 What do you think the future holds for short films?
I’m not sure. I make a short film every ten years, so I’m not very familiar with the trends. I thought that with Empty Places I would get back in touch with this world, in the festivals… but it was not the right year!

If we were to go back into lockdown, what cultural or artistic delights would you recommend to alleviate our boredom?
Create, read, watch movies, cook.

Empty Places is being shown in the Labo Competition L5.

Networks
Festival Newsletter
Recent posts
Blog
Nightcap with Beyond the Threshold
Dîner avec Empty Places
All partners
Clermont ISFF | Dinner with Empty Places | Clermont ISFF
class="post-template-default single single-post postid-38697 single-format-standard samba_theme samba_left_nav samba_left_align samba_responsive thvers_95 wpb-js-composer js-comp-ver-6.7.0 vc_responsive"
We use cookies on our website to give you the most relevant experience by remembering your preferences and repeat visits. By clicking “Accept All”, you consent to the use of ALL the cookies. However, you may visit "Cookie Settings" to provide a controlled consent.
Cookie SettingsAccept All
Gérer le consentement