Breakfast with God Dress You

Interview with Mattia Epifani, director of God Dress You

Where did the idea of God Dress You come from?
I had been reading many articles about the story of a young Orthodox priest, who suffered disciplinary sanctions from his patriarch because he had posted high-fashion clothes and accessories on his Instagram profile. That’s when I decided to write God Dress You: a contemporary parable about modernity and about how technology and social media can change our values and influence the intimacy of our lives.

Can you tell us a bit about the filming process, from the writing of the script to the shooting?
Before starting to write God Dress You I carried out an important research work on Orthodox monasticism and the lives of Orthodox monks. The script was written by me and Francesco Lefons and it’s based on the contrast between two main narrative dimensions: Pater Athanasius’s private life and the collective life in the monastery. The first dimension is developed through video-selfie style, shot by the main character – his voice is used as a voice-over in the whole short film. The second dimension, the collective one, is narrated using documentary style, through means of expression that could represent the austerity and the rigour of the monastic world. The dichotomy between public and hide, collective and private is the key we use to make this parable universal. As far as the setting is concerned, the script structure required to lead the shooting in a real monastery with the participation of real Orthodox monks. The only element of fiction is the presence of the main actor. After a long phase of location scouting, the monks of the Panaghia Proussiotissas Monastery agreed to be part of our short film project. 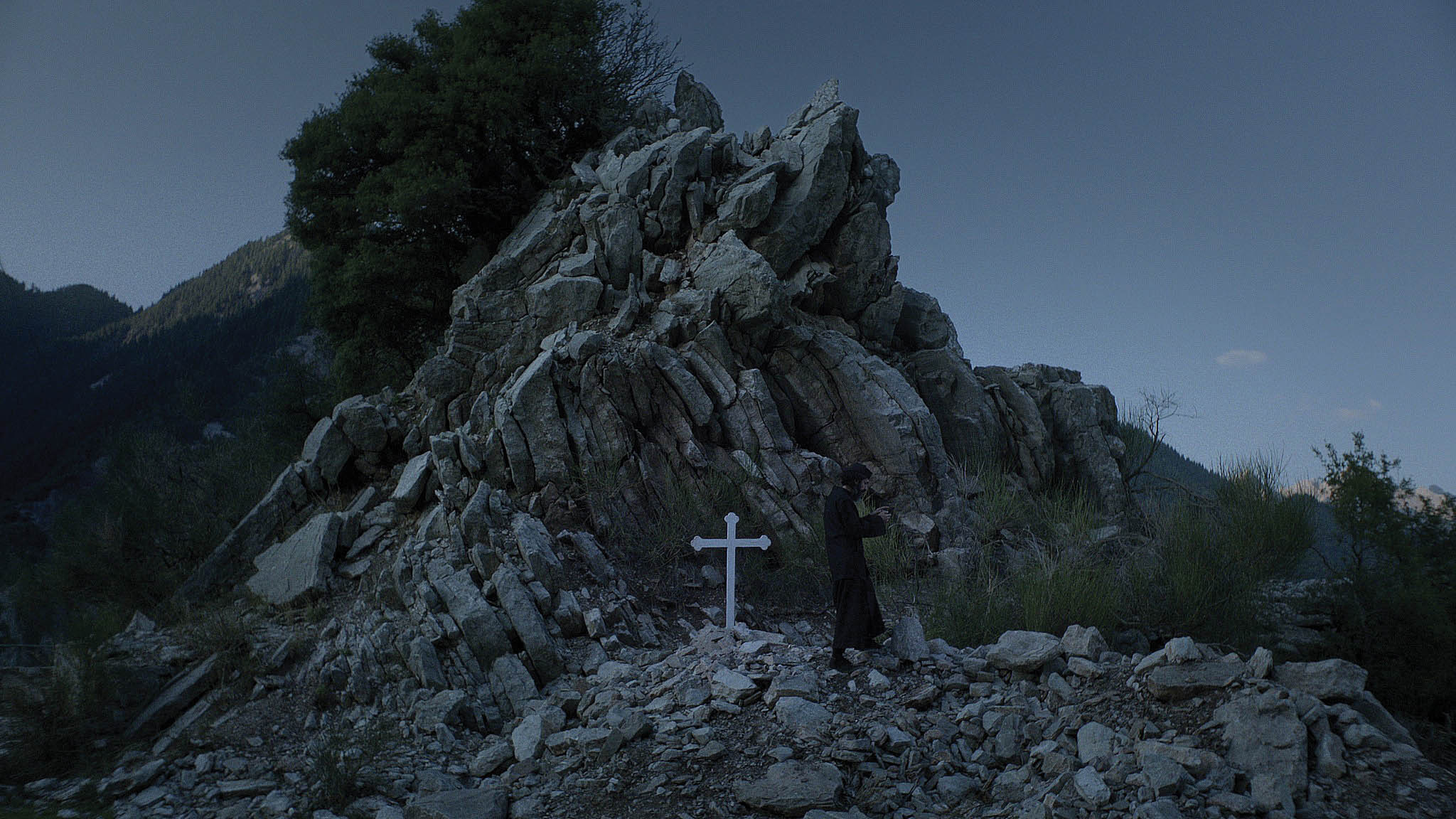 Did you write the film with specific visuals and actors in mind?
At the beginning, the character of Pater Athanasius was thought as a novice young monk. But then, I met Panagiotis Samsarelos, performer and video artist, and we chose him to play our main character. So  we adapted the physical and human traits of the character in order to make him fit perfectly to Samsarelos’ features. Since the beginning, he had truly believed in this project and, after a preparatory period in Italy, he went to Greece. He spent several weeks in the Panaghia Proussiotissas Monastery with the monks who would take part of the short film. I think that this has been the best approach to be able to tell our intimate and true story.

How do you hope audiences will react to the film?
I hope that anybody who will watch my short film can find a piece of themself in it. I wish that this work could be recognized as a metaphorical novel about our time and about the technology tendency to question private and public and sacred and profane boundaries. 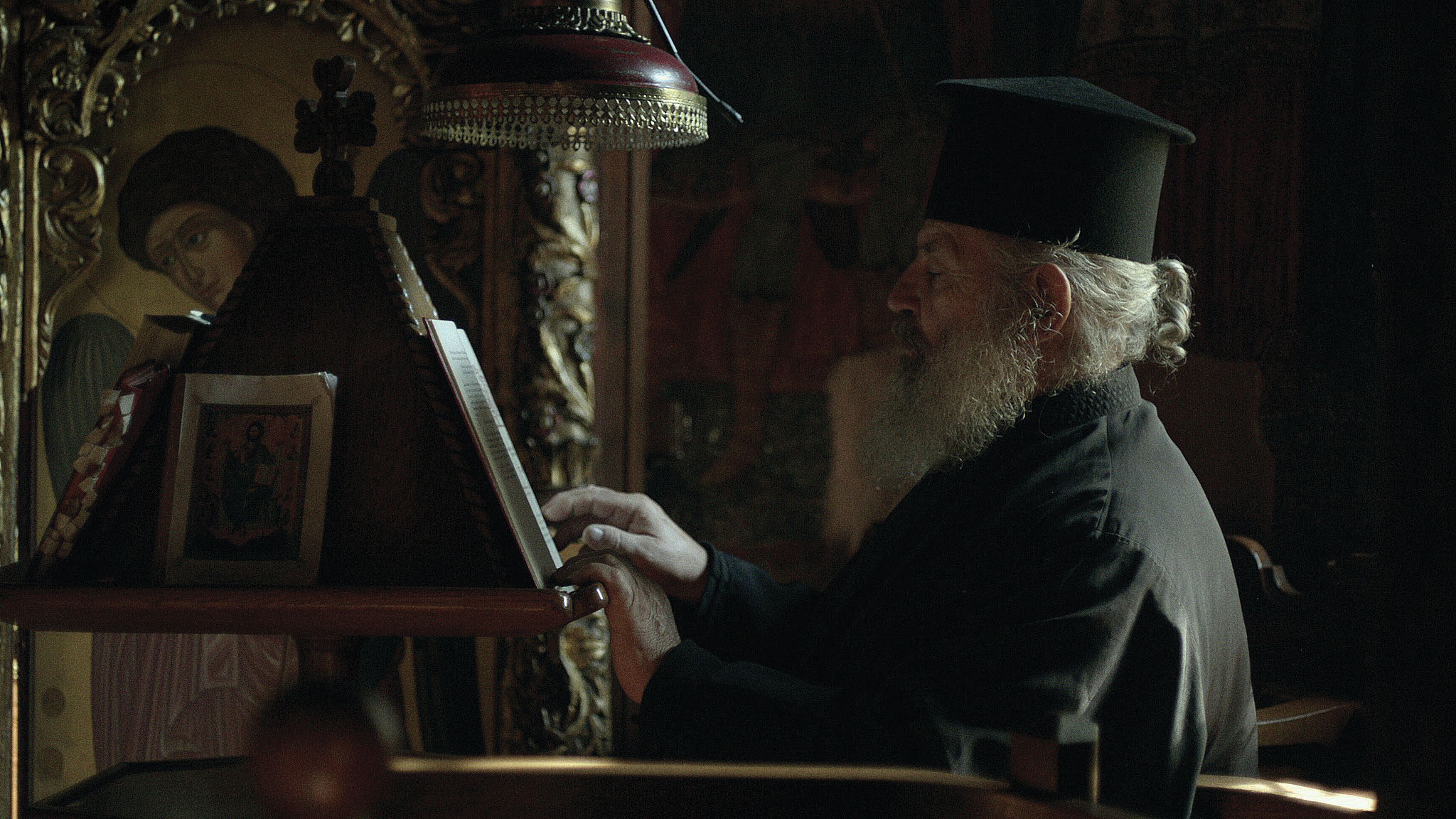 What do you think the future holds for short films?
Short films are usually considered as the “young-directors-format”: with short films, they can gain experience, they represent the place where young directors can create the basis of their own style, waiting for the occasion to direct a feature-length. However, today the scenery of short films is not properly appreciated. Young directors, partly for a lack of ideas, partly for a lack of courage, tend to follow styles and narrations that do not represent them, creating a series of short films that are hard to distinguish. I truly believe that festivals must play a major role in this process, promoting all the projects that really show the courage and the research work led by directors. I wish that short films could become a place where young directors can experience their talent and their point of view, creating their own style that would represent our generation in the future.

God Dress You is part of International Competition I7.

Networks
Festival Newsletter
Recent posts
Blog
Lunch avec Portugal Pequeno
Breakfast avec God Dress You (Dieu vous habille)
All partners
Clermont ISFF | Breakfast with God Dress You | Clermont ISFF
class="post-template-default single single-post postid-37657 single-format-standard samba_theme samba_left_nav samba_left_align samba_responsive thvers_95 wpb-js-composer js-comp-ver-6.7.0 vc_responsive"
We use cookies on our website to give you the most relevant experience by remembering your preferences and repeat visits. By clicking “Accept All”, you consent to the use of ALL the cookies. However, you may visit "Cookie Settings" to provide a controlled consent.
Cookie SettingsAccept All
Gérer le consentement