Nightcap with The Unseen River

Interview with Phạm Ngọc Lân, director of The Unseen River

How did you get into the idea of dealing with love affairs and feelings?
Every August in the city I live in, bank swallows would appear in abundance. In the evenings, they would glide above the river surface while their chirping fill the air. Since ancient times, there have been beliefs about these birds, mostly regarding the inseparable nature between couples: when one dies, the other will resign to loneliness for the rest of its life, or it will dive headfirst into the ground to end its life out of misery. I grew up in the East where these kinds of tales are common, so when I think of rivers, I think of bank swallows – and then of faithfulness and traditional definition of love. Coincidently, the week we shot the film was also during swallow season. If you pay close attention, you can hear their chirpings and see them preying near the water surface.

How did you work on the lights and the zen atmosphere?
We did not have the budget for lights. The lighting you see on screen is entirely due the changing of the unstable weather on location. I confess that I am unhappy with the lighting in all my movies. Upon re-watching my films, one short after another, I keep thinking if only I could have used proper lighting for this shot or for that shot, and how I might progress from such experience for my next film when the budget allows it. Sadly, that has not happened yet. When I started this project, I wanted an idea to anchor to: a film with meditative qualities where sound, editing, and form are as fluid as the river’s relentless current. Even though The Unseen River has more speaking lines than my previous films, my intention is for the audience to leave with a general feeling when they finish the film rather than any specific dialogue. If this film is to be like a river flow, then it needs to be able to cleanse and wash away the details that may bog it down. 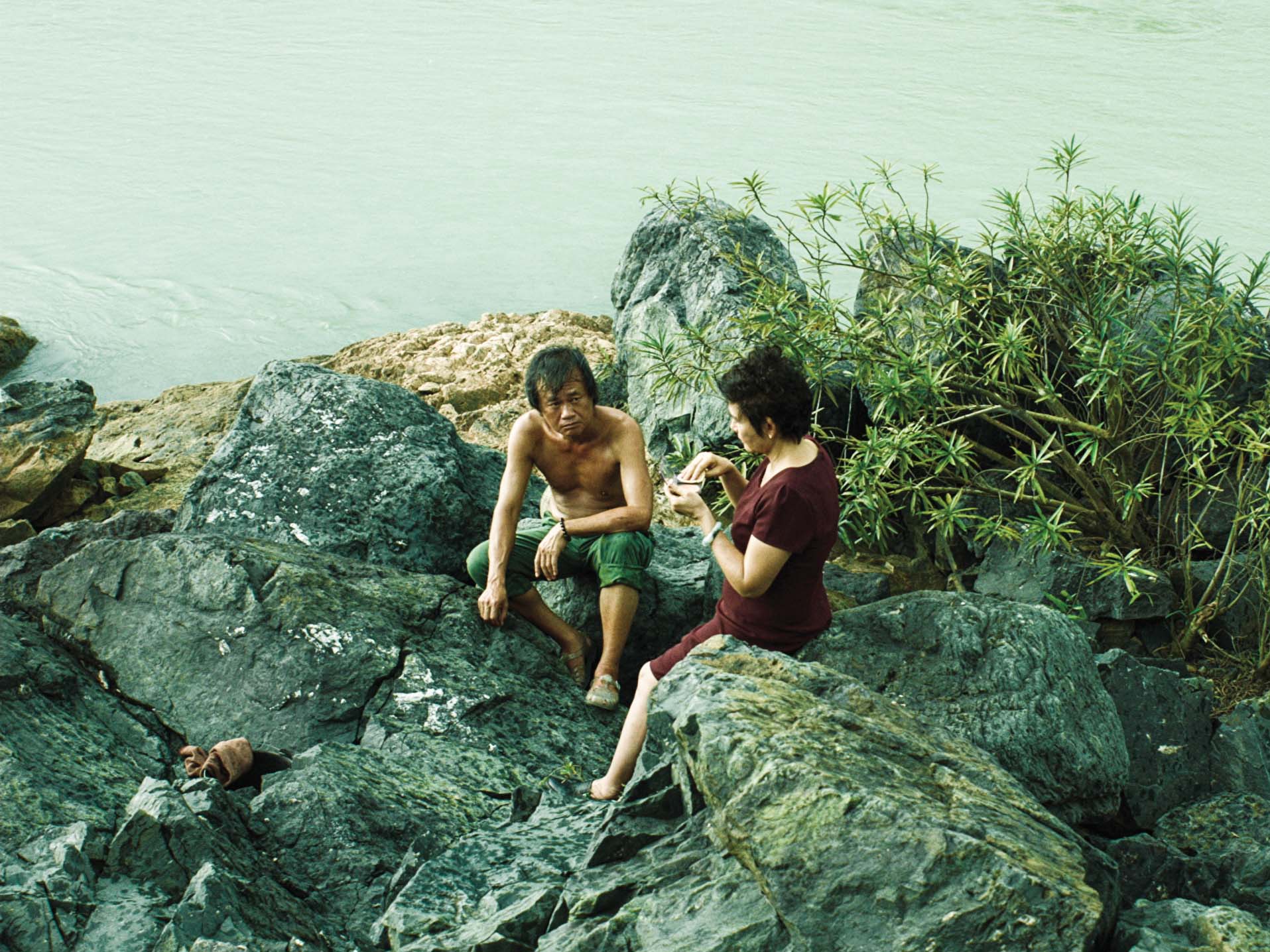 How much are you interested in the relation to nature and do you have further projects including this aspect?
In my recent films, I started to realize that I’m becoming drawn to making something closer to nature and away from crowds. I’ve finished the script for another short in that same spirit, but I don’t know when I’ll be able to make it.

Why did you want your young male character to search for help against his insomnia in a monastery? Does that place have a special meaning for you?
This is my first short where I’ve conformed to a theme assigned to me: a film festival found five South-East Asian directors to make The Unseen River as a tribute to Mekong river and as a call for attention about the dire situation the river is in. Whenever the Mekong is mentioned, I think, we subconsciously associate it with Buddhism (and the next thing is dams). The countries and territories that the Mekong river runs through are all imbued with Buddhist teachings and ideas, whether Hinayana or Mahayana. To me, the intrinsic connection between the river, sleep, and Buddhism is something seemingly obvious. A sleepless person, according to Eastern understanding, is someone whose mind is in turmoil, who has not conquered his anger and found peace of mind. Sleep also seems important to Buddhism: we can often find various images of Buddha sleeping under the sacred fig, but paintings and anecdotes involving other religious figures always show them in an awaken and alert state. According to Buddhist texts, when a prince inquired Buddha about his sleep, the Buddha immediately answered that he is one of those who always sleep soundly. In the novel Siddhartha by Hermann Hesse, the protagonist – constructed to closely resemble the Buddha himself – finds enlightenment by a river at night; and it is during this enlightened moment that he hears the beautiful whisperings of the river, he then cries and sleeps restfully. 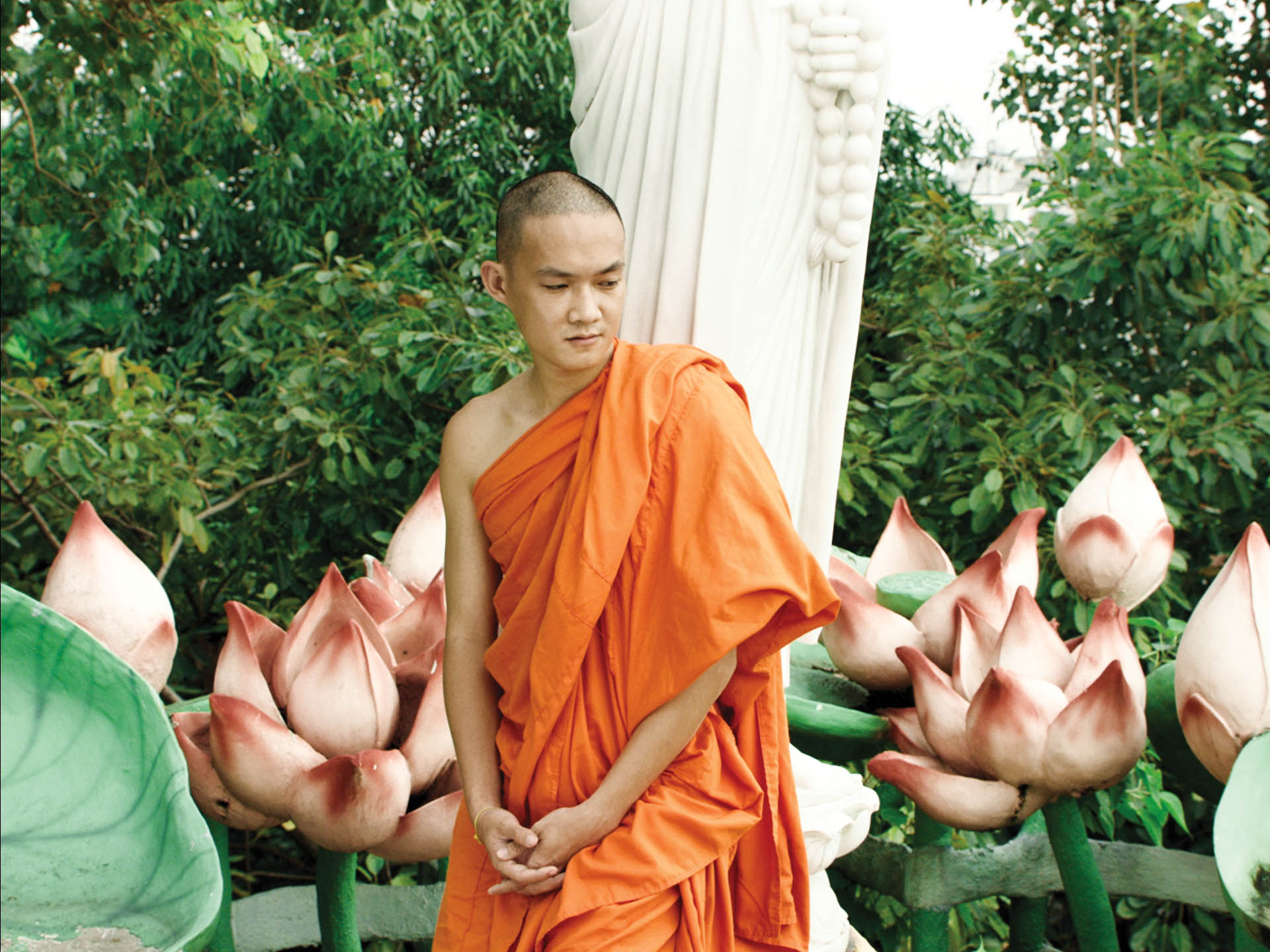 What do you think the future holds for short films?
The love and attention for short films are still at the same level as when you interviewed me last year. I hope that shorts will find a more appropriate distribution method. Maybe in the future, the definition of short films, as well as their genres and duration will change a lot, because the foundation of the whole film industry will be deeply shifted by the pandemic. Also, our traditional habits and conceptions regarding visual medium consumption are facing strong and lasting challenges, such as from TikTok.

If we were to go back into lockdown, what cultural delights would you recommend to alleviate our boredom?
I saw an ad about an online meditation class which seemed useful. I dig the idea of doing something, but it’s actually doing nothing at all or just becoming blank. I probably will also go to sleep a lot until the need to make movies featuring sleepless characters is no more.

The Unseen River is part of Lab Competition L5.