Can you tell us more about your choice of title?
We were at a wedding ceremony. I was probably around 12 years old. One of the wedding traditions is that guests go up to the stage to take photos with the bride and groom. I noticed my mom didn’t participate in that. I asked her a few times to go up, but she didn’t and wouldn’t tell me why not. Later on, I learned about the stigma that comes with widowhood. Widowed women are often considered bad luck. The families do not want them anywhere closer to a bride as they’re afraid her omen might spill over the new couple.

What made you want to explore that specific story? Is the protagonist’s situation pretty typical for widows in Afghanistan?
Growing up as a paternal orphan in Afghanistan, I firsthand witnessed the harsh reality of the negative attitude towards widows. Due to the never-ending wars, Afghanistan has over two million widows who struggle to survive without social assistance, without civic rights, and much access to the labor market. Too often, when a man dies, many of his wife’s rights die as well. In addition to the legal barriers and lack of economic opportunity, widowed women are often stigmatized and considered bad luck or burdens on the deceased’s family. They are shamed and punished for showing happiness, wearing bright colors, or celebrating life in any way. The majority of civilians in Afghanistan are in dire situations due to the ongoing war. It’s just way worst for widowed women who have to make a living to provide for the family. Unfortunately, little is known around the world about this current state of affairs, even less represented in cinema.

Where did you shoot the film? How was that experience? How much access to filming facilities and equipment did you have?
The film was shot on locations in Kabul, Afghanistan. No equipment rental company in Canada was willing to rent us the gear because the filming was taking place in a warzone. And since this was going to be my thesis film for my Master’s degree and the story is so personal to me, I was stubborn about doing justice to the film’s visual aspect. This meant making an illogical financial decision. The production was planned a month before my 30th birthday, so my excuse for my logic was that since I am still in my 20s, it’s okay to make the wrong financial decision. I went ahead and financed a cinema camera. We got a great camera but, the production was still short on lighting gear. We utilized the sun as our primary lighting source for the film shoot. This meant we could only film between the hours of sunrise and sunset. I was blessed to be working with my cinematographer, Nikolay Michaylov. He’s a master of his craft. The principal photography was completed over eight days. Overall, we had an excellent experience filming in Afghanistan. Parwiz Arify, our fixer, made sure the production runs smoothly. He found us the locations we needed for the shoot and kept us safe from the troubles that comes with filming in public in uncontrolled environment. 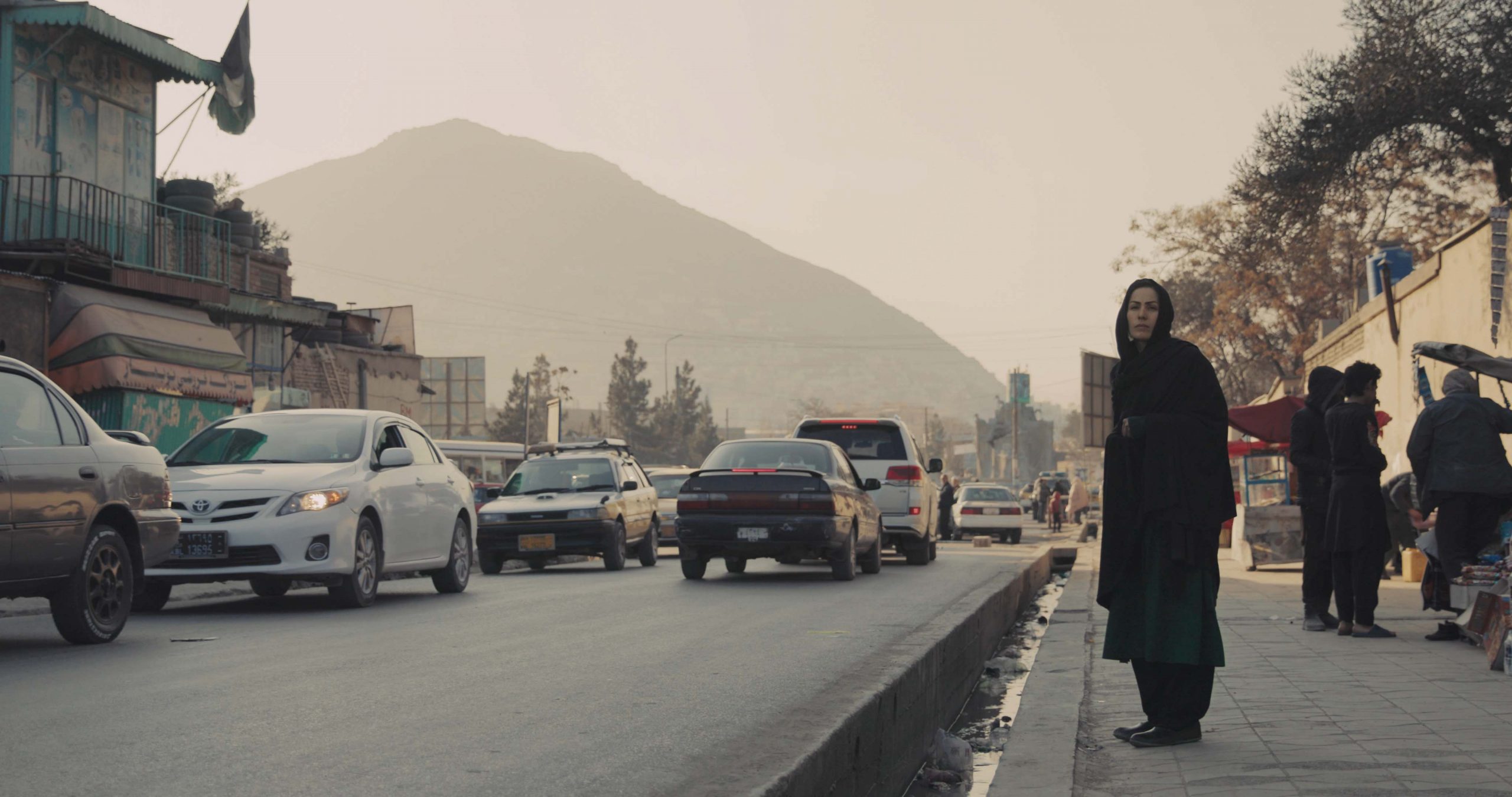 How did you find the actors?
Since Afghan Cinema is young, there is a lack of trained actors, especially female talent. The lead, Fereshta Afshar, is one of the finest emerging actors in the country, but since there is no proper industry, there are no agents or managers, which made the casting process complicated. In order to locate Fereshta Afshar, the production had to go through numerous local contacts before meeting her in person. Some of the supporting cast and most of the background cast were non-actors, who were eager to be a part of the filmmaking process. Having a mix of professionals and non-actors helped made the film look more authentic and natural.

What are you hoping to work on in the future?
There are so many stories to tell but there is so little funding! I am currently developing Bad Omen into the feature version which I hope to get the production going by the end of 2021, maybe we return to France and screen at Cannes in 2022. Also, there are a lot of other meaningful topics both in short form and feature that I would like to explore through a cinematic lens. I would for sure be knocking on the door of Clermont-Ferrand in the future.

What do you think the future holds for short films?
Short films are here to stay. They aren’t going anywhere. People watch 10 seconds videos on these apps that has a beginning, middle and end. I would say the future is brighter for short films than it was a couple years ago.

If we were to go back into lockdown, what cultural or artistic delights would you recommend to alleviate our boredom?
Maybe, it’s the universe giving us the opportunity to do what we always wanted to do but had no time for it. Now would be the time to write that novel you always wanted to write or learn how to play the piano etc.

Bad Omen is part of International Competition I13.

Networks
Festival Newsletter
Recent posts
Blog
Nightcap with Ourse
Dîner avec Bad Omen (Mauvais présage)
All partners
Clermont ISFF | Dinner with Bad Omen | Clermont ISFF
class="post-template-default single single-post postid-37409 single-format-standard samba_theme samba_left_nav samba_left_align samba_responsive thvers_95 wpb-js-composer js-comp-ver-6.7.0 vc_responsive"
We use cookies on our website to give you the most relevant experience by remembering your preferences and repeat visits. By clicking “Accept All”, you consent to the use of ALL the cookies. However, you may visit "Cookie Settings" to provide a controlled consent.
Cookie SettingsAccept All
Gérer le consentement